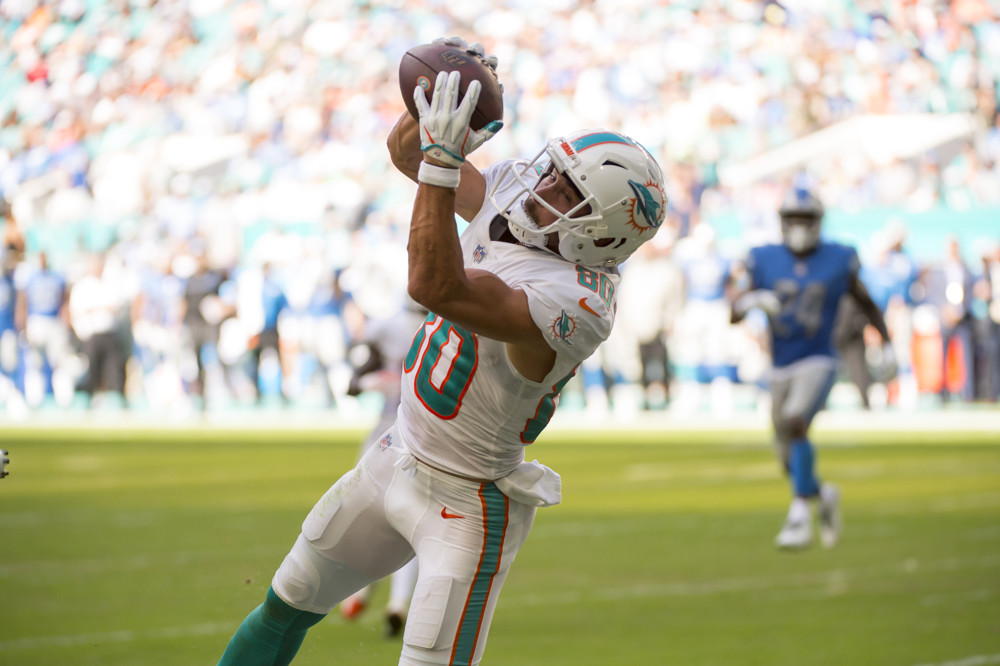 Week 7 is in the books and we escaped another week with few injuries. The biggest one so far seems to be Sony Michel, although a few players are worth monitoring after leaving their games with injury. This week seems to be the week of the running back, with multiple big games from some backups. With most fantasy players scrambling to survive through the bye weeks, let's take a look at some players that can be a solid fill in for Week 8.

Marlon Mack seems like the real deal in Indianapolis, rushing 19 times for 126 yards and 1 touchdown in Week 7's win over Buffalo. He also caught 2 passes for 33 yards and 1 touchdown. It seems like the Colts have found their run game and the hype for Mack this offseason is understandable. Mack has now rushed for over 200 yards in 2 games and may start dominating the passing game a bit more as well. He is a must own in all leagues.

No one really knows what is going on with the 49er backfield, but Raheem Mostert has been getting work in the last two weeks. In Week 7 against the Rams, Mostert carried the ball 7 times for 59 yards (8.4 YPC) and caught 4 passes for 19 yards. RB Matt Breida still has control of the backfield, but there is no denying that Mostert looks better than Alfred Morris. With Breida always at risk for injury, Mostert is a must add in 12 team leagues. He gets a league worse Arizona Cardinal rushing defense next week.

It seems like RB James White has put a curse on his fellow running backs. The Patriots have now lost both Rex Burkhead and Sony Michel. We don't know the extent of Michel's injury yet, but he was carted off and has had knee problems this season. Kenjon Barner is the next man up to lead the team in carries. Barner carried the ball 10 times for 36 yards in Week 7. Barner is a speculative add until we know more. Michel could be fine (doubt it) and in all reality the Patriots might add a better running back this week. Till then, Barner is the guy.

Doug Martin never truly came to fruition as a top running back in the NFL. Although he had 2 seasons of 1400 yards, Martin was plagued by injuries and addiction and has struggled to stay relevant. Through 6 games with the Raiders, Martin has only rushed 27 times for 99 yards. But a lot of times fantasy relevance comes in the form of opportunity, and Martin may have the most opportunity with RB Marshawn Lynch potentially missing time with injury. It seems like Oakland is going to make a ton of changes soon, so this is more of a speculative add if you need a running back.

Jalen Richard is another Raiders' running back that may benefit from a Marshawn Lynch injury. So far in 2018 Richard has rushed 11 times for 32 yards, and caught 31 passes for 253 yards. In the last two games he has been targeted 14 times, which is a solid amount for a pass catching running back. Richard has always seemed promising, and if the Raiders are indeed punting the season, he may be in line for a lot more work. Richard should be picked up in 12 team PPR leagues for now.

Danny Amendola was always fantasy relevant on New England, but so far this season has been quiet for the Dolphins. That has changed the last two weeks, in which Amendola has been targeted 18 times, catching 14 of them for 143 yards and 1 touchdown. It seems like QB Brock Osweiler likes Amendola, and with WR Davante Parker inactive and WR Kenny Stills leaving Week 7 due to injury, Amendola could be a PPR monster. Amendola can be added in 12-14 team leagues.

After a pretty bad rookie season, QB Mitch Trubisky is suddenly looking like a halfway decent quarterback. He has thrown for over 300 yards the last 3 games and has combined for 12 total touchdowns in those 3 weeks. The Bears' offense, although losing games, seems to be clicking. What's even nicer is that Trubisky gets a pretty favorable schedule the next 5 weeks, including games against the Jets, Bills, Lions (2x) and the Vikings. In a year where QB seems to be king, Trubisky is a solid pickup.

The New England defense has never been amazing, and they are allowing a ton of points this season to opposing offenses. New England did look good against the Bears in Week 7 however, recording 2 sacks, 2 interceptions, and a touchdown. Now I wouldn't suggest starting this defense the rest of the year, but if you stream defenses, this is the one you want this week. New England gets Buffalo on Monday night. Buffalo scored 3 offensive points against one of the worst defenses in the league, and the QB situation is only getting worse.