10 Players to Sell Before Your Fantasy Football Trade Deadline 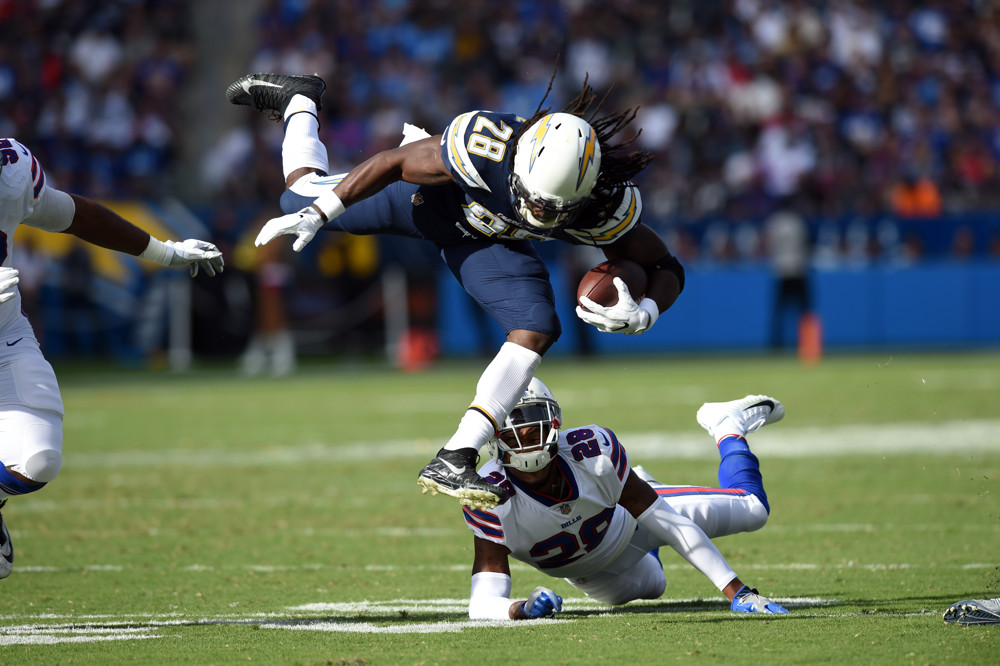 The trade deadline is here, and it's time to make that last move to prepare your roster for the playoffs. A few big names at each position might not be as reliable as you think, especially with other great options available. Below are ten players to be concerned about, plus their schedules in Weeks 14, 15, and 16 during your fantasy playoffs. Their inclusion doesn't mean you should move them for nothing, but it does mean they may not meet expectations and that you might want to maximize value, sell high, and look for other options.

Wilson and Brady are two pretty shocking names to find on a list like this, but look at those schedules. Wilson's Week 14 and 15 are brutal before a let-up in your Super Bowl, but you may not get there. Brady's isn't quite as bad but don't forget this is a 40-year-old playing in a lot of cold weather games against tough defenses. Talent or not, neither Brady or Wilson looks like a top five fantasy quarterback for the playoff stretch and you may be better off selling for a better option or some positional help. Stafford isn't really a guy you'll be able to sell for much, but you may not want to rely too much on him. Four of his remaining five games are against teams that look like tasty matchups but are actually pretty strong pass defenses.

These are three top ten guys at a position with about 15 reliable players, so you shouldn't exactly dump them. This is about checking the schedule and seeing if there's a better option out there. Gordon is the biggest worry. His final four games are against top ten run defenses, and he consistently puts up his worst games against strong defenses. He can put up some real duds so there's danger there. Gurley's schedule is even worse all five of his remaining fantasy games are against top ten defenses. But he's the #1 RB and keeps getting into the endzone even with an already tough schedule, so you might just want to keep riding the wave. Fournette is a mixed bag. Seattle and Houston are top run defenses which means really tough Week 14 and 15 matchups, but that fantasy Super Bowl matchup against the 49ers is absolutely delectable if you can get there.

The warning signs have been there for both Hopkins and Hilton for weeks now, so hopefully you've already put some feelers out there. Both of them are always going to be inconsistent with Tom Savage and Jacoby Brissett throwing the ball, and neither has much help elsewhere which means a good defense can totally focus on taking them away. And are they ever facing good defenses. Both of Hopkins's Week 15 and 16 opponents rank in the top three against receivers. Hilton's overall schedule is even worse with Indianapolis having the toughest remaining receivers schedule, not a single good matchup left after Tennessee next week. Thomas isn't in the same dire situation but he'll spend four of his final games against top 10 receiver defenses so he's unlikely to break through for that big game you need to carry your team home.

You probably spent a decently high pick or auction value on the Seahawks defense, but it might be time to cut bait. The injuries continue to pile up on Seattle, especially against their vaunted secondary, and the schedule just isn't worth the wait. Week 13 through 16 all see opponents in the bottom ten in points allowed to opposing fantasy Ds yes, even Jacksonville. There are better options.