5 Place Kickers to Target in Week 17 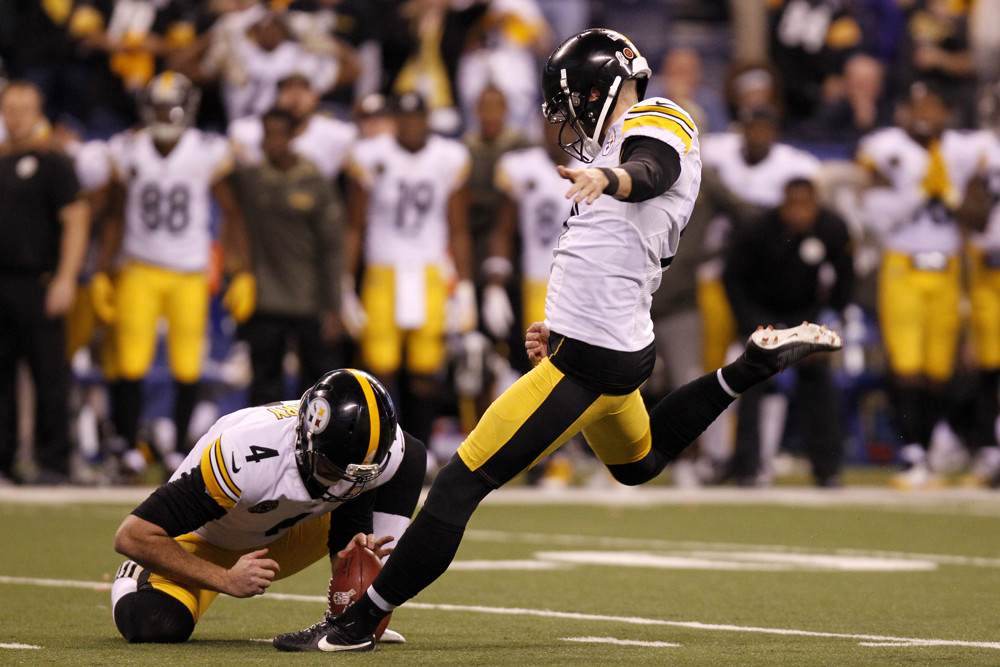 Justin Tucker is a lock for the top 5 kicker list, but is especially appealing this week against a subpar Cincinnati Bengals team. The Ravens are in a "win and you are in scenario" and the Bengals have nothing to play for, meaning that the Ravens should be in good positions for most of the day. I don't expect Cincinnati to roll over, but Tucker should be very active and finish off the season with another big day.

With Legatron out for the season, Stephen Gostkowski is now the most efficient kicker in the league. You can bet the Patriots will want to lock this game up early so that they can rest starters, meaning the full Brady onslaught will be enacted from the kick. Expect a high scoring game, if not a blow out, where Gostkowski sees ample opportunities to finish the year off strong.

That's Pro Bowl kicker Chris Boswell to you. After a rocky start to the season, Boswell has now made 28 of his last 29 field goals and is one of the premier players at his position. With a likely Steelers victory over the Browns, and a lot of points to be had, Boswell makes an excellent play in Week 17.

Wil Lutz returned this blog's trust in him last week with a 13 point day, and looks to be in business for Week 17 as well. Tampa Bay sports a bottom 10 defense and the Saints are gunning for a division championship, so you can bet there will be a lot of points scored. While Lutz's point totals always depend on the Saints red zone efficiency, they should be scoring enough in this one that it won't matter. Start him with confidence.

This pick is a departure from the usual formula of taking kickers from favored teams at home, but Robbie Gould is having a renaissance year. And, more importantly, the Rams will be resting most of their starters, meaning the 49ers have a good shot at putting up a lot of points. Maybe I'm a bit too enamored with Jimmy G and Gould's resurgence, but there is a great chance for points here.