5 Running Backs to Target in Week 17 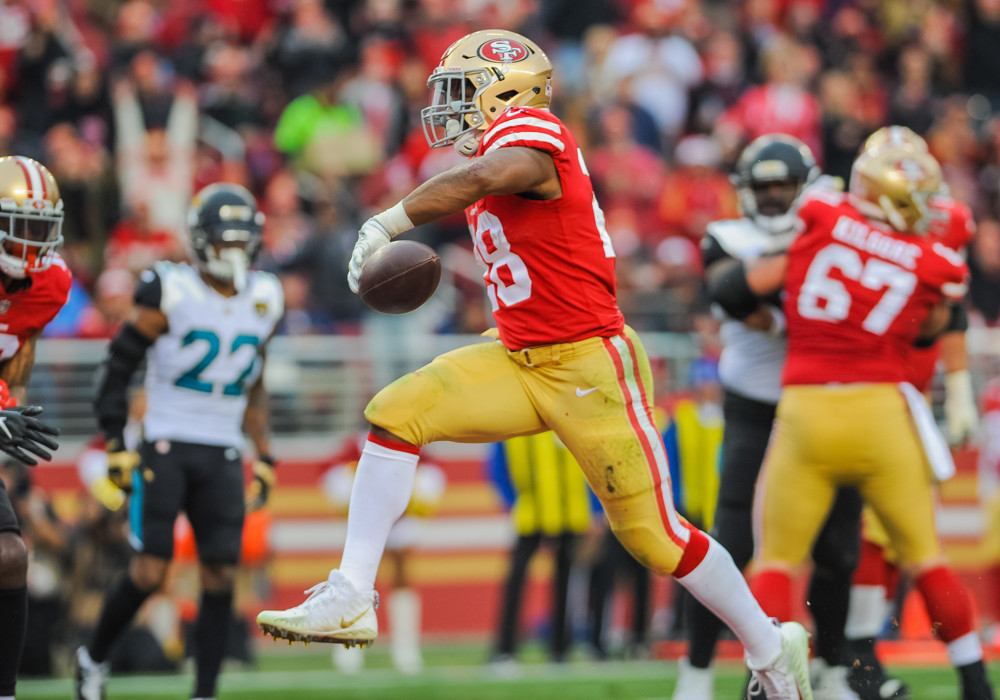 It's a very confusing week for running back choices with teams resting starters and injuries everywhere. But LeSean McCoy is one of the few constants that can be relied on. He's been a volume monster this year, only being out touched by LeVeon Bell on a per game basis. And he has a good track record, having put up 100 yards from scrimmage against these same Dolphins just two weeks ago. In a game where he will see at least 20 touches, McCoy is one of the most trust worthy choices at the position.

Carlos Hyde has one of the most quietly productive fantasy seasons in a while, as he currently sits in the top 10 of points scored with literally no fanfare. While he hasn't been a very efficient runner, he sees 17 touches almost every week, giving him a high floor. The Rams are locked into the number 3 or 4 seed, and will be resting starters, meaning Hyde won't be seeing a very good defensive front. With Jimmy Garoppolo guiding the 49ers to consistent points, Hyde is an excellent play.

It was going to be tough to leave LeVeon Bell off this list, but week 17 is a risky matchup for him. If the Patriots are blowing out the Jets early in their game, the Steelers may call off the dogs since it will lock them into the two seed. Additionally, the Browns aren't a gimmie defensive matchup although they haven't been as good recently. Still, in a week that may not see Todd Gurley or Melvin Gordon, Bell's volume and potential makes him a must start. Just be aware of the downside here.

At this point you know what you are getting out of Mark Ingram. And it's usually good. He will see 11-15 carries and a couple catches, and in most cases, a touchdown. That's a hell of a floor for a fantasy player. With the Saints still being challenged by the Panthers for the division, you can bet they are going to let Ingram loose against a below average Tampa Bay run defense. Start Ingram as you have all season.

Jason Garrett has already said that the Cowboys will not rest their starters in this meaningless game for both sides, so Elliott will once again be a premier option. However, he may not see the usual Elliot volume, as the Cowboys will want him healthy heading into the off season. The good news for Elliot owners, is the Eagles are locked into the one seed, so they certainly won't be bringing their best game, meaning even if the opportunities are limited, Elliot should have a good chance to make the most of them.