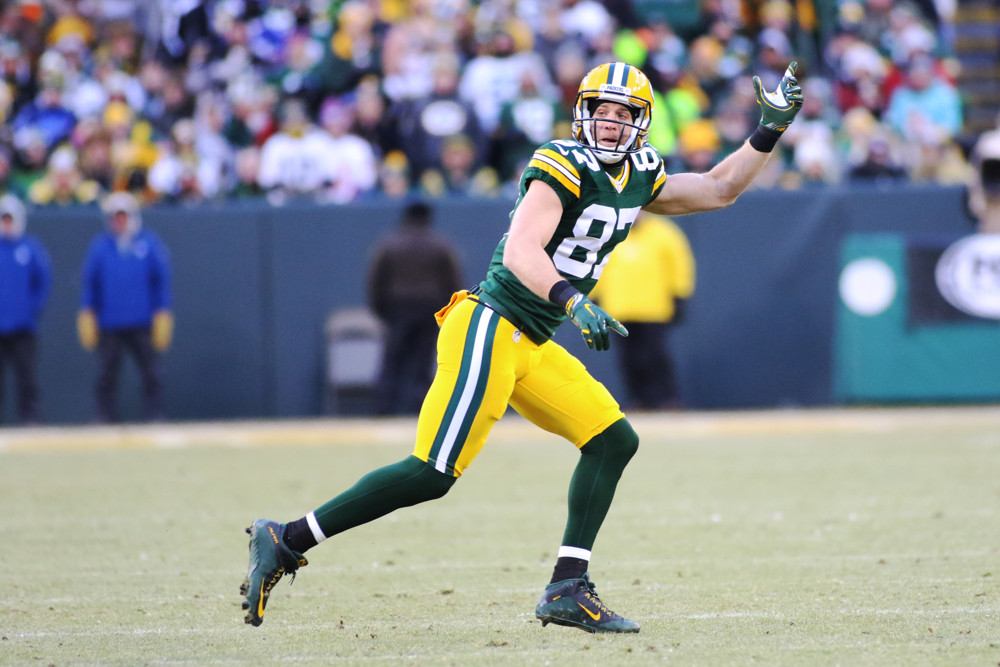 Possibly the marquee matchup of the weekend, the Green Bay Packers play host to the Seattle Seahawks at Lambeau Field. Both project as playoff teams, probable division winners and possible number one seeds in the NFC. The Packers are a three point favorite at home which denotes a neutral field pick 'em from Vegas. It's an exciting game that boasts a lot of star power.

Not the friendliest matchup for Aaron Rodgers in week one. Seattle's defense is whole again with the return of Earl Thomas and only allowed 16 passing touchdowns last year. Still, you don't sit the best quarterback in fantasy, and he should find a way to have a solid day.

Nelson will likely have to deal with Richard Sherman for most of the afternoon, which limits his upside. But, Nelson is a touchdown magnet and remains a WR1 even with a tough matchup.

Adams had a breakout campaign, but still has some questions around his game. As long as he keeps his end zone targets (16 last year,) he is a must start. Temper expectations but start with confidence.

The Seahawks are especially stingy against tight ends, allowing a measly 5.5 fantasy points per contest. It remains to be seen how Bennet will be used, so if you have a better option, look elsewhere.

Surprise, Seattle is also a good run defense. Montgomery is going to find tough sledding in this contest but still makes a serviceable play in PPR leagues.

Russel Wilson is looking for a bounce back year and the Green Bay Packers are a good place to start. Last year's defense was second to last against the pass and gave up the third most passing touchdowns. Considering the tundra is decidedly un-frozen, Wilson is a top flight QB1.

Graham projects to have a good week against a Packers defense that gave up the eighth most passing yards to tight ends last year. He is a must start TE1.

Lockett is questionable with a leg injury but should play, representing a high risk high reward flex candidate. He is a distant third option in the Seattle passing attack but boasts the speed to score from anywhere including his special team duties.

Your guess is as good as anyone's on who will see the majority of touches out of the backfield. Thomas Rawls has shown he can handle the load but is questionable, Eddie Lacy has All Pro potential but can't catch a ball and C.J. Prosise might have the most upside of all three. Playing any of these players is a very risky proposition.