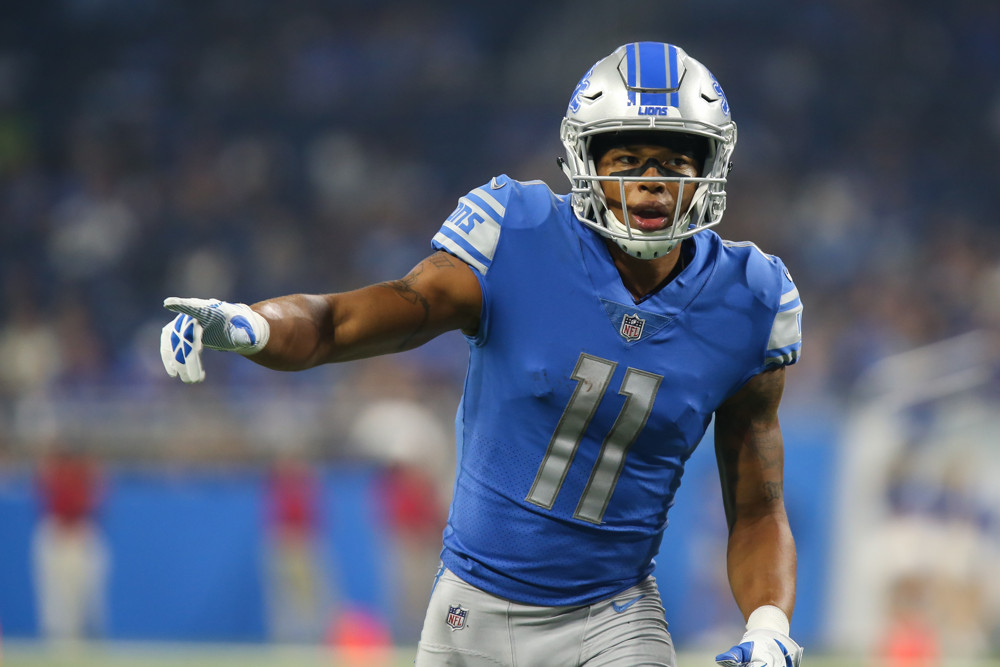 Week 6 is in the books and unfortunately this week was bad luck for the quarterbacks.  Aaron Rodgers broke his collarbone and is most likely out for the season.  Jameis Winston left with a shoulder injury.  Brian Hoyer was benched and probably lost his starting job.  We even saw Brock Osweiler come in to throw at the ground a few times when Trevor Siemian left briefly.  Week 6 was relatively quiet otherwise, which is great for the players, but leaves a pretty boring waiver wire.  That being said, here are a few players worth taking a look at after decent performances.

Orleans Darkwa was pretty much forgotten after sitting out Week 4 due to injury (who would have guessed an injury in the Giants’ offense?).  But in the last two weeks, Darkwa has been running very well, rushing 8 times for 69 yards and 1 touchdown in Week 5 and rushing 21 times for 117 yards in Week 6.  He looks to have taken over a majority of the touches from Wayne Gallman, and should be the guy moving forward.  The next two weeks aren’t the best for fantasy purposes (Seattle and BYE) but Darkwa is worth adding in 12 team leagues.

Marvin Jones Jr had 14 targets in Week 6, catching 6 of them for 96 yards and 1 touchdown.  Jones has been a big piece of this offense already, averaging 5 targets a game through Week 5.  With the injury to Golden Tate however, Jones may be in for an even bigger role.

Kenny Golladay has been out the last 3 weeks with a hamstring injury, but flashed early in Week 1 (4 receptions for 69 yards and 2 touchdowns).

The Lions have a BYE in Week 7, but it is worth taking a look at both these receivers, especially if Tate were to miss any time (as of now he may miss a few weeks).  Marvin Jones should be added in 10 team leagues.  Golladay is more of a 12 team addition.

Corey Davis has been out since Week 2 with a hamstring injury, but is slated to return in the next few weeks.  Davis, a rookie, had 13 targets in his first 2 games before going down with the injury.  It seems like he was a favorite target of quarterback Marcus Mariota, who is also returning from a hamstring injury.  A game against Cleveland next week could be the start of a comeback after the Tennessee offense has sputtered as of late.  Tennessee also has a favorable schedule in the 2nd half, so Davis could have some huge games.  He should be added in 12 team leagues.

Alex Collins rushed 15 times for 74 yards in Sunday’s game against the Bears.  He still seems to be in a time share with Buck Allen, but this week was the highest carries Collins has seen this year.  Actually, Collins has increased his rush attempts over the weeks, going 7-9-9-12-15 since Week 2.  With West looking to be out for some time and Allen continuing to mainly play 3rd downs, Collins is still a good add in 12 team leagues. Collins has been on this article for a few weeks now, but still is undervalued in fantasy football.

Another week, another twist in this storyline.  Ezekiel Elliott lost his case, and as of now is suspended immediately.  Of course, Zeke is looking for another appeal, which would push the suspension back at least another week if it is accepted.  Darren McFadden was rumored by beat writers to be the replacement if Zeke starts his suspension, however with all the legal moves still going on, it may be awhile before we actually see DMC play.  He is still worth holding on your bench in 10 team leagues.

For any of you wondering, yes, Chris Ivory still is playing in the NFL.  Not only that, but he is getting a rather decent amount of work behind rookie Leonard Fournette.  In Week 6, Ivory did all his damage in the passing game, catching 9 of 10 targers for 74 yards and 1 touchdown.  He added 3 yards on the ground.  Ivory has had at least 6 rushing attempts every week (except in Week 5 where he missed due to injury).  With how much the Jaguars run the ball, Ivory should continue to see work.  Fournette also injured his ankle in Week 6, so Ivory may be a sneaky pick up if news doesn’t come out.  Ivory is worth a look in 14 team leagues, but if Fournette does miss any time, Ivory will be a must add.

George Kittle has been targeted 17 times over the last 2 weeks, catching 11 of them for 129 yards and 1 touchdown.  With Brian Hoyer benched for C.J. Beathard, Kittle could see even more targets as a “safety net” for the unproven QB.  A tight end is not exciting to add on a waiver wire, but he may be worth a shot if you are in a tight spot.