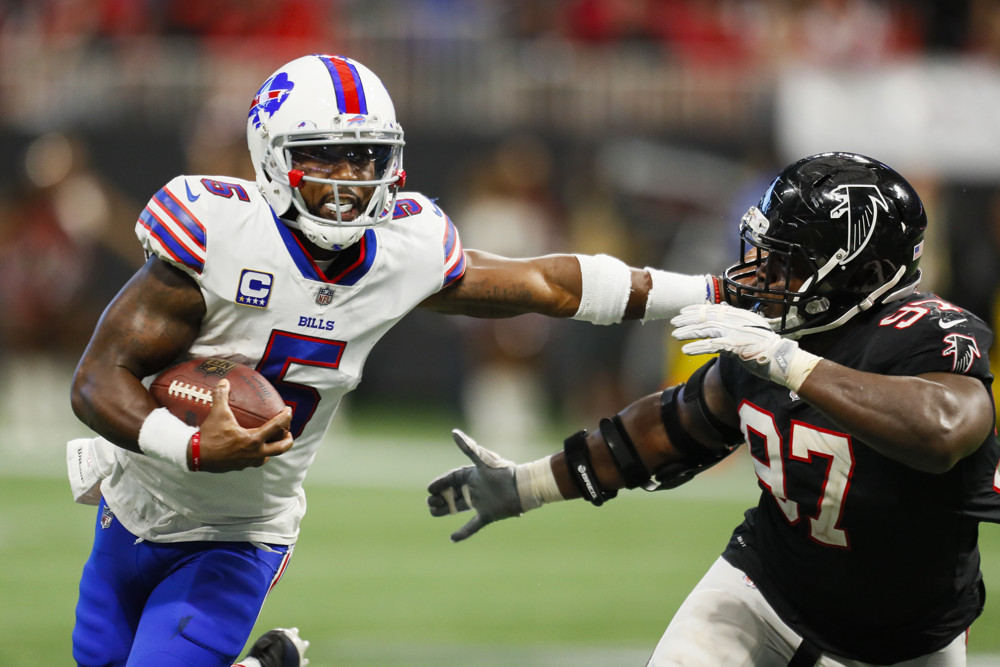 Prescott is fresh of a bye week and starting to look like the sort of fantasy quarterback you want out there every week. Prescott has equaled or increased his TD total in each game of the season and been pretty steady through easy and difficult matchups. The passing yardage has not been great thus far, but the TD opportunities should be there again versus a San Francisco secondary that’s been in the bottom ten against opposing quarterbacks. Remember, Dallas spent much of the bye week thinking they might not have Ezekiel Elliott for this game. Don’t be surprised if the game plan they prepared has Dak throwing a lot.

Taylor looks like the best streaming option this week if you’re a sad Rodgers owner or looking for another name to try out at quarterback. There aren’t a lot of great quarterback matchups this week, but the Bucs secondary has been very inviting to quarterbacks this season with more points allowed than anyone other than New England. Taylor is never going to put up huge yardage but he should be ready to run a bit coming off his bye week and he should find his way into the endzone a time or two. He’s a high floor option this week.

Let’s get crazy. Hundley is not Aaron Rodgers, and he’s not even close. Incredibly, Hundley is only the sixth starting Packers quarterback since 1993, and he should be a lot more prepared than Scott Tolzien or Seneca Wallace. Hundley has been a preseason standout when given opportunity, and he’s someone the Packers seem to be excited about. It’s hard to ask for a better defense to start against than the Saints, who have always been very inviting to opposing offenses. Hundley is a runner too, with two preseason rushing TDs. Don’t be afraid to give him a shot this week.

Wilson has been an unreliable fantasy option in 2017, with one elite start, one good one, and three major duds. These are not the Giants of old, and this defense leaves plenty of room for quarterbacks. Wilson and the Seahawks are coming off a bye week, and that should help the passing game in a big way as both of Wilson’s favorite targets Doug Baldwin and Jimmy Graham had a week off to nurse early season injuries. Both should be healthy now, so Wilson should be ready for another big week.

A banged-up quarterback on a short week is a good start? He is in deeper leagues, especially in a week with tough QB matchups and one where we’re missing usual starters Deshaun Watson and Matthew Stafford. Don’t expect Mariota to do much on the ground, but he’s still too good to sit this week against a Browns defense that has allowed 16 touchdowns to opposing QBs, more than any other team. Expect Mariota to stand tall in the pocket and deliver.