Five Thanksgiving Quarterbacks to Carry You to Victory in Week 12 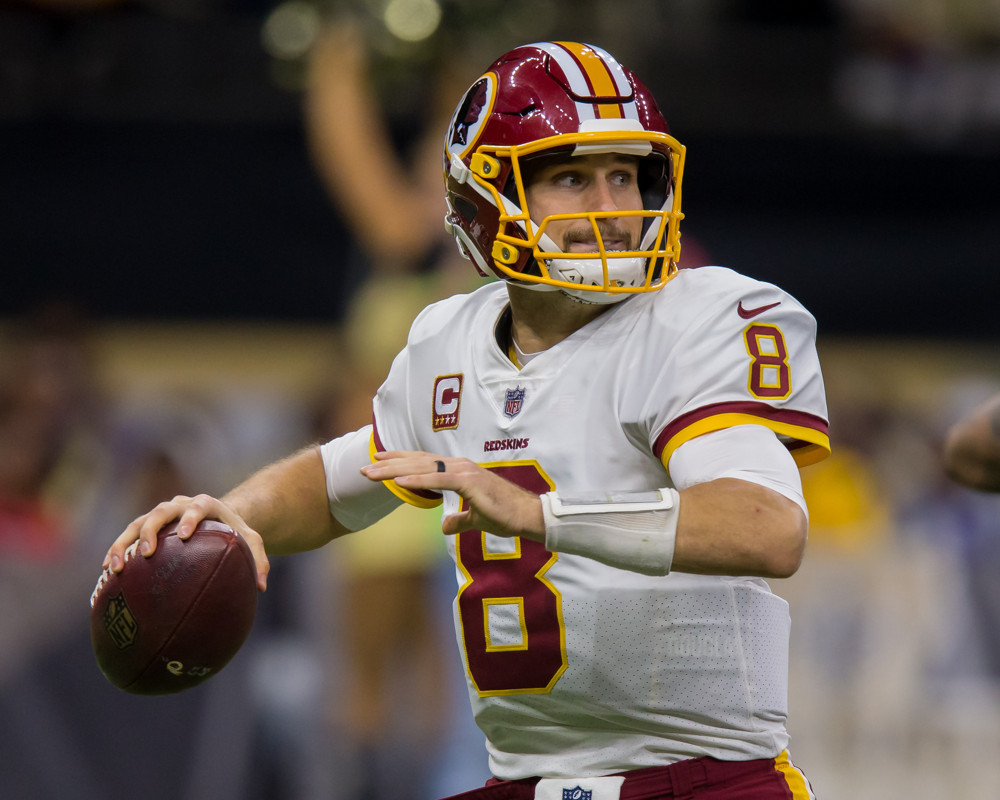 Make your Thanksgiving night right with Kirk Cousins in your lineup. Oh sure the mighty Giants have won a whopping two games now, but make no mistake about it. The G-Men are terrible and the offensively named Washington men are going to put on a Thanksgiving show. The Giants are a bottom five pass defense, allowing the third most passing touchdowns, and their defense has been going the wrong direction outside of last week's strange upset win against the Chiefs. Cousins has had some great chemistry lately with Josh Doctson and Vernon Davis, and he could be the star of Thanksgiving.

Newton was average or bad for the first part of the season and seemed to slip off the fantasy radar completely, but he's come on strong over the last month and suddenly finds himself among the very best fantasy QBs. The big difference? Newton is running the football again and doing it in an offense more suited to his strengths. That trend should continue this week against a Jets defense that's given up the third most rushing yards in the league to opposing quarterbacks. Newton has a decent chance to put up double digit points just as a runner. And any passing on top of that will be, as they say on Thanksgiving gravy.

Remember when Matt Ryan was the MVP? It's crazy that it was only a few months ago when Ryan ranked among the best fantasy options at quarterback. This season he's fallen back to his usual earthly place and walked among mortals, and the connection with Julio Jones just hasn't been quite as strong. This could be the week he returns to MVP form. Tampa Bay is one of the worst secondaries in the league, among the bottom five defenses in both completions and passing yards allowed. Ryan gets the Bucs twice over the next month and could finally redeem that high draft pick you used on him.

Like Cam Newton, Mariota struggled a bit as a fantasy player earlier in the season when he wasn't running the ball as much. Mariota's legs are healthy now and so are his rushing totals. That puts him squarely back on the fantasy radar, and so does a matchup with the terrible Colts defense. Indianapolis has given up the third most passing yards of any team, so Mariota should enjoy a Thanksgiving feast both by land and by air this week.

Andy Dalton is like the Cincinnati version of a Thanksgiving turkey. He's been the centerpiece of the Bengals meal for as long as we can remember but he's a little boring and, if we're being perfectly honest, a little bland. You're never going to get a huge game out of Dalton but he just sort of quietly gets the job done and lets the rest of the sides on your team move front and center as the stars of the show. Cleveland's defense remains terrible, so Dalton should get his usual 200+ yards and a couple touchdowns, and every Thanksgiving lineup needs a turkey.