Five Week 17 Wide Receivers Who Can Win Your League 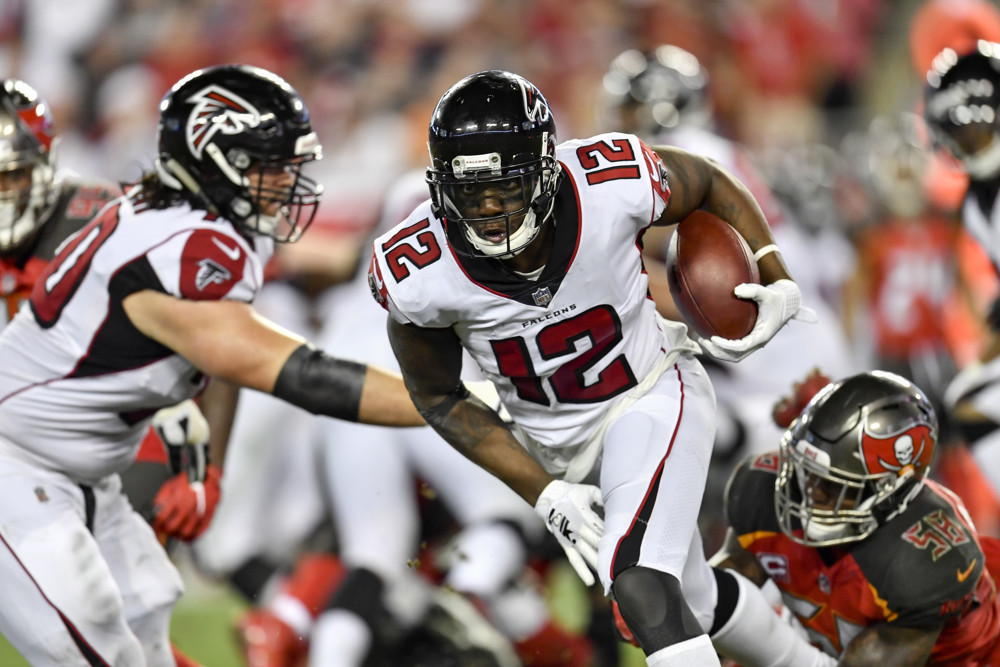 Few players have been more maddening to fantasy owners this season than T.Y. Hilton. Hilton has ten games with single digit PPR points this year including six with five or less. But Hilton absolutely loves playing Houston, and the Texans secondary has been as giving as ever in 2017. Hilton's best game this season was his first against the Texans, a huge 175-yard 2-TD effort. In 11 career games against Houston, Hilton averages over 100 yards receiving and has 9 touchdowns. He's scored at least 15 PPR points in 64% of his career matchups and has scored 34+ three times against them. He's ranked outside the top 25 receivers but could finish the year with a flourish.

Green Bay's secondary has been banged up and terrible all season, and they've been even worse down the stretch. Marvin Jones had his best game this season against the Packers, with seven catches for 107 yards and a pair of touchdowns. He's quietly had a very solid season, with at least eight points in all but three games, and he's killed the Packers in his career with 426 yards and five touchdowns in four games against them. He should add to his tally here.

Josh Doctson and Jamison Crowder WAS vs New York Giants

Both Doctson and Crowder look like good plays against a terrible Giants defense. New York has been a sieve all season, and they've allowed eight touchdowns to receivers in just the past five weeks. Crowder is the safer play and looks likely to get at least five catches, while Doctson has the higher upside. He's quietly scored a touchdown in six games this year and saw a season-high 13 targets last week. He could end the year with his biggest game of the season.

Ted Ginn NO vs Tampa Bay

If you're an underdog or playing from behind this week, you might think about taking a shot on Ted Ginn, forever a boom or bust option. Tampa Bay has allowed a lot of receivers to boom this year, giving up the most WR yards in the league and an embarrassing 26 WR catches more than any other team. Michael Thomas will get a lot of the work, but Ginn is always a threat for a deep ball. He has six games this season with 15 or more points and is a high upside play if you need to take a risk.

Carolina has been brutal against receivers lately. They've allowed an awful 48 PPR points per week to receivers over the past five weeks, a full ten more points per week than any other team. Julio Jones is the obvious beneficiary there and should have a big game, but don't be surprised if Sanu has a nice game too. He has nine double digit point games this season, and Carolina has been getting abused in the slot lately, where Sanu does much of his damage.