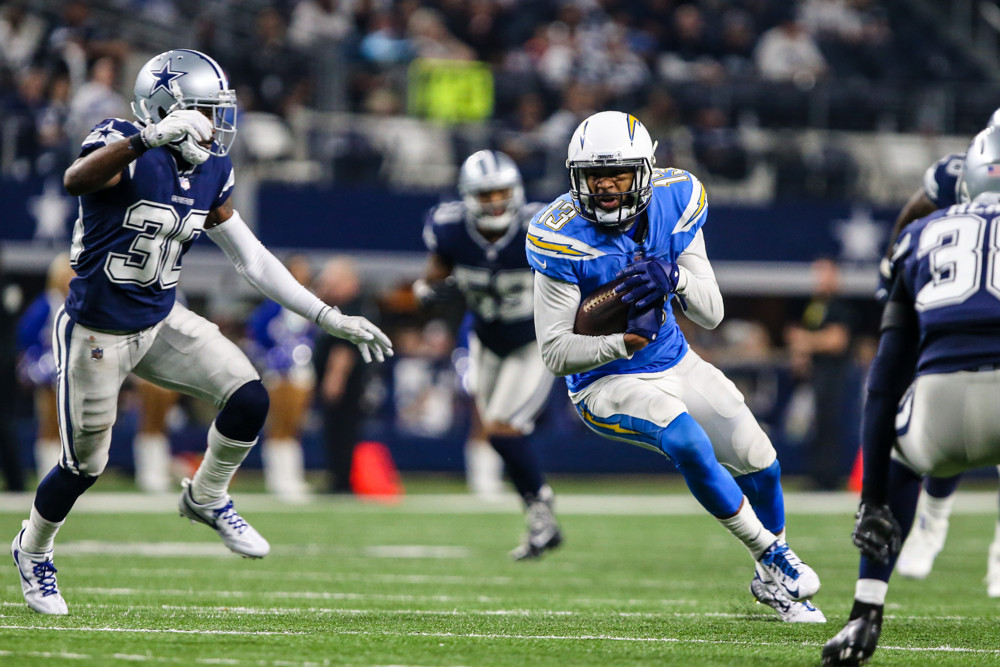 A bit obvious to be sure, but how could I have a target list without Antonio Brown on it? The all everything receiver is coming off back to back 10 catch games totaling over 300 yards and 5 touchdowns. Even by his lofty standards, those are stand out numbers. The Bengals are a top 5 pass defense, but little appears to be stopping Brown. Also, while Ben Roethlisberger has been poor away from home, his splits within the division are still terrific. I know you would never sit Brown, but he's on track for another great game.

If not for Antonio Brown's ludicrous numbers, we would all be talking about the past two weeks that Keenan Allen has had. In games against Buffalo and Dallas, Allen has 23 catches on 27 targets for 331 yards and 3 touchdowns. So yeah, just as good. Allen has accounted for almost 50% of Phillip Rivers' completions over the past two weeks and will be busy again. You can bet that Cleveland will game plan for Allen, but with the volume that Rivers is sending his way, he has as high of a floor as any wide receiver in fantasy. Lock him in again for double digit targets and a big day.

Tom Savage is a bad quarterback, we all know that. But I'm pretty sure DeAndre Hopkins could make me look passible if I sent the ball his way. Savage has discovered that fact and peppered Hopkins with targets to a tune of 49 in the past 4 weeks. Look for that trend to continue, especially since Savage has committed multiple interceptions targeting other options. The Titans are a below average pass defense and lack a top end corner that can compete with Hopkins, meaning there is plenty of upside here as well.

The target heavy theme continues as Adam Thielen has been targeted an average of 11 times over the past 6 weeks. His ability to create space from defenders and find soft spots in zone defense coupled with an unrecognizable Case Keenum has him now ranked as one of the top fantasy wide receivers. The Falcons are one of the better teams against the pass, especially in the past four games, but their stand out corner Marcus Trufant will be out. This provides Thielen a favorable matchup in the slot, one that he should exploit.

This hasn't been a vintage season for A.J. Green by any means, but most of that isn't his fault. The Bengals have been horrible on offense thanks to a below average offensive line that can't get the running game going or protect the quarterback. On paper, this looks like another brutal matchup against the third best pass defense in the league, but the Steelers have been struggling of late. They are missing Joe Haden and have allowed an average of 299 passing yards over the past four games. In that span, they've allowed one hundred yard days to Marvin Jones, Rishard Mathews, and yes, you've read that right, Chester Rogers. If the Bengals have any hope of winning this game, they will need A.J. Green, so expect a high volume of targets and some big plays.