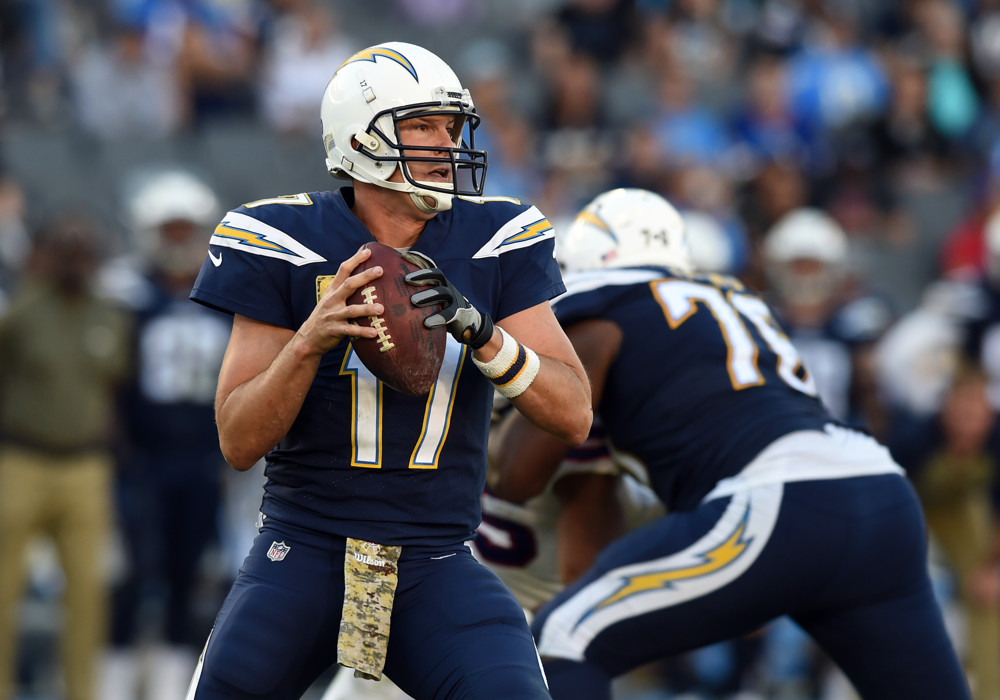 This may be the last regular season matchup for most fantasy players, and there is a good chance a lot of us are fighting for that last playoff spot. If you have a top tiered QB you are probably set, but if you have been trying to stream QBs this season it may be one more week of anxiety filled who do I play? Here are some QBs to target for Week 13, whether you are fighting for your fantasy season or just playing spoiler to someone else.

Derek Carr was efficient against the Denver Broncos in Week 12, completing 18 of 24 passing attempts for 253 yards and 2 touchdowns. That's pretty good for a QB who lost both his starting WRs early in the game. In Week 13, Oakland is once again at home against the New York Giants, who currently rank 31st in points allowed to QBs. The Giants will also be without top CB Janoris Jenkins. Now this may not look like a good matchup since Crabtree is suspended and Cooper most likely will sit due to concussion/ankle injuries, but Carr did just fine last week. This week they have had time to prepare, are at home, and are playing a team that seems to have punted the season after benching Eli Manning.

I guess Jeff Fisher was just a really bad coach, because Jared Goff and the Rams offense have been miles better this year with Sean McVay. In Week 12 against the Saints, Goff completed 28 of 43 attempts for 354 yards, 2 touchdowns, and 1 interception. This week the Rams travel to Arizona to take on the Cardinals. The Cardinals currently rank 29th in points allowed to QBs, which may seem weird since they have shutdown corner Patrick Peterson. The 29th ranking is not Peterson's fault, but that of the rest of the secondary. Goff has plenty of options that would shy away from Peterson, so he should have a solid game.

Philip Rivers blew up on the Cowboys on Thanksgiving, which hopefully you got to see before the food coma knocked you out. Rivers completed 27 of 33 passes for 434 yards and 3 touchdowns. Rivers is set up for another good game in Week 13 against the Cleveland Browns. The Browns currently rank 25th in points allowed to QBs. This should be an exciting matchup with the return of Josh Gordon, who hasn't played in 3 years. If Gordon comes out looking like his old self, this game could be closer to a shootout than expected. Rivers is primed for a solid game either way.

Josh McCown has been one the biggest surprises this fantasy season, playing extremely well for a team that appeared to want the #1 pick in next year's draft. The Jets still aren't great, but they are still in the playoff hunt for now. In Week 12 against the Panthers, McCown completed 19 of 36 passes for 307 yards and 3 touchdowns; pretty impressive against that defense. In Week 13, the Jets are again at home, but this time welcome the struggling Chiefs. The Chiefs currently rank 22nd in points allowed to QBs, and have been known to give up big numbers. If the Chiefs can somehow figure out their offense again, this one could be a shootout.

Another player hidden by the Jeff Fisher era, Case Keenum has become a pro-bowlesque QB for the Minnesota Vikings after leaving the Rams in the offseason. In Week 12 against the Lions, Keenum completed 21 of 30 passes for 282 yards and 2 touchdowns. He also ran one in. Keenum has led the Vikings to a 9-2 season, and it doesn't appear that he is slowing down anytime soon. In Week 13, Keenum travels to Atlanta to play the 18th ranked defense in points allowed to QBs. This one will be a little more challenging for Keenum, but he gets to play in a dome and will have to compete with the Matt Ryan Julio Jones connection. Keenum is a solid streaming option this week.