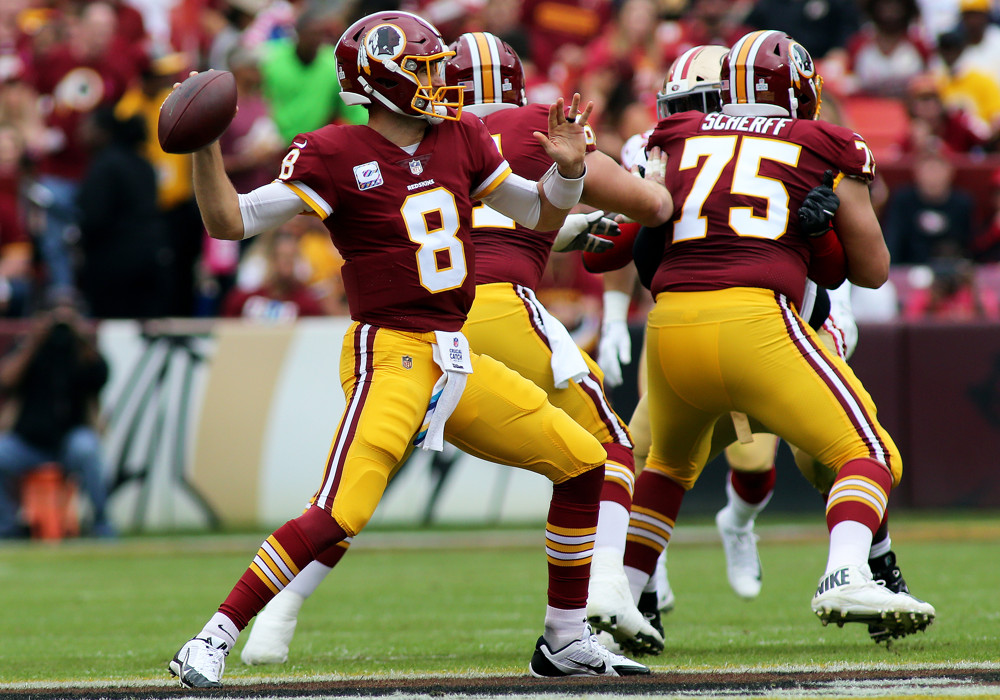 Thursday and Sunday's games produced a lot of high-scoring matchups for fantasy owners. Let’s review some of the best and the worst fantasy performances so far in Week 6’s Fantasy Football Wrap Up.

Back from an injury which kept him sidelined for one full week, Derek Carr had a disappointing game against the Los Angeles Chargers, throwing for only 171 yards and a touchdown, and 2 interceptions totaling 6.80 fantasy points. Carr is now averaging 7.23 fantasy points over his past three games and finished Week 6 as the 24th-ranked quarterback. As recommended as a Sit in our Start ‘Em, Sit ‘Em article for Week 6, Jared Goff cooled off against a tough Jaguars pass-defense in which he only threw for 124 yards and 1 touchdown in the win. Goff ran the ball for 9 total yards and finished the week with 9.90 fantasy points. This marked his second outing in as many weeks in which he has scored less than double-digit fantasy points.

Chargers’ dual-threat Melvin Gordon finished once again as the highest scoring running back of the week, finishing with 36.00 fantasy points. Gordon carried the ball 25 times for 83 yards and a touchdown and caught 9 of a team-high 12 target for 67 yards and a score. Gordon is paying huge dividends this year and has left his lackluster rookie performance two years ago in the dust. With former teammate Adrian Peterson being shipped off to the desert, Saints’ Mark Ingram was able to carry the ball a season-high 25 times and ran for 114 yards and 2 scores. Through the air, Ingram caught all 5 receptions for 36 yards and finished as the second-highest running back of the week with 30.00 fantasy points.

As the Cardinals were able to jump out to an early lead on the Tampa Bay Buccaneers on Sunday, Andre Ellington was not used much at all. Ellington did not record a carry and was unable to haul in his lone target, scoring 0.00 fantasy points. After scoring 13.10, 19,40, and 15.30 points over the past three games, Ellington disappointed owners who will be hoping this week was merely a fluke. In a shootout in which 90 total points were scored, Ameer Abdullah was only able to score 5.40 fantasy points after having 14 carries for 54 yards, and unable to haul in any of his 2 targets he saw. After scoring 11.60 and 19.90 points in Week 3 and 4, respectively, Abdullah has averaged 4.90 fantasy points over his last two contests.

Off their Week 5 bye, the Saints beat the Detroit Lions in which the offense scored 28 points. Michael Thomas was held in check and only caught 3 passes for 11 total yards for 2.10 fantasy points. Sammy Watkins disappointed for the third game in a row after being shut down by the Jaguars’ cornerbacks Jalen Ramsey and A.J. Bouye, only able to catch 1 pass for 11 yards, on 3 total targets. Watkins totaled 2.10 points and has averaged 1.60 fantasy points over the past 3 weeks.

The highest scoring tight end from this past week was none other than Patriots’ Rob Gronkowski who hauled in 6 receptions for 83 yards and 2 touchdowns, for a total of 26.30 fantasy points. The second highest scoring tight end this week was Brate who dominated while the Bucs were in catchup mode all game. Brate caught 5 receptions for 70 yards and a touchdown to total 18.00 fantasy points this week.

Eric Ebron is no stranger to being featured as a disappointment, and owners learned the hard way again this week. Ebron split carries with Darren Fells, and only caught one pass for 9 yards, for a total of 1.90 fantasy points.Those who trusted a “healthy” Jordan Reed again this week were let down and was almost outscored again by teammate Vernon Davis. While scoring 7.70 fantasy points isn’t necessarily bad, owners are expecting more as Reed was only able to haul in 4 targets for 37 yards.

In a high-scoring affair against the Detroit Lions, the New Orleans Saints Defense had 5 sacks, 3 interceptions, 2 fumble recoveries and a whopping 3 defensive touchdowns. Even though the Saints gave up 32 points to the Lions, they were able to finish as the highest-scoring defense in Week 6 with 32.00 points. The JJ Watt-less Houston Texans Defense beat up on the Cleveland Browns this week, finishing with 1 safety, 4 sacks, and 3 interceptions, one of which was returned for a defensive touchdown. The Texans ended the Week as the second-highest scoring defense with 23.00 fantasy points.

In what was relatively a low-scoring week for kickers, Minnesota Vikings’ Kai Forbath finished Week 6 with 13.00 fantasy points which ranked him as the highest-scoring at the position. Forbath hit 3 field goals from 34, 36, and 53 yards and added 2 extra points. Tied with Forbath as the highest scoring kicker from this past week was Aldrick Rosas from the New York Giants who, Sunday night, also scored 13.00 fantasy points. Rosas converted field goals from 25, 40, and 51 yards out and kicked 2 extra points.