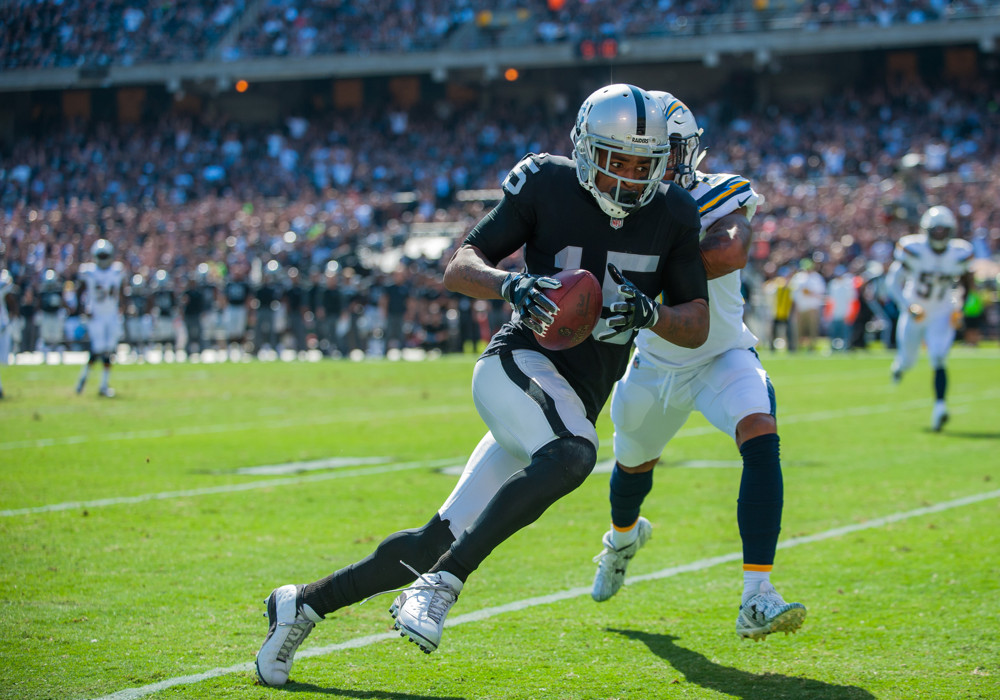 Fantasy owners all know how important matchups are when it comes to your WR2/WR3 players.  You’ll always start your studs, but what if you need someone to fill in for an injured starter or a bye week receiver?  Well, here are 5 Wide Receivers that are worth looking at in Week 7, mostly due to the juicy matchups they face.

Michael Crabtree and the Raiders take on the Kansas City Chiefs on Thursday at 7:25 pm (CST).  Currently, the Chiefs’ defense ranks 30th in points allowed to wide receivers.  They even allowed 5 touchdowns to receivers in Week 5 (@ HOU).  With Amari Cooper struggling and facing pro bowl cornerback Marcus Peters, quarterback Derek Carr will most likely look elsewhere.  With Cooper basically nonexistent and the Chiefs pass defense being porous, look for Crabtree to have a lot of targets and high potential for a touchdown.

Willie Snead was a big disappointment in last week’s 52-38 beat-down of the Lions.  But then again, so was most of the passing offense.  Snead had 1 catch for 11 yards, but in a game where Drew Brees only threw for 186 yards, there was not much else Snead could have done.  He also was returning from a suspension and a hamstring injury.  Snead takes on Green Bay at home, and we all know how well Brees performs in the Superdome.  Green Bay has also been destroyed by injuries, and is currently the 18th ranked defense in points allowed to WRs.  A home game, another week to heal/catch up, and a beat up defense is the perfect recipe for a big game for Snead.

Brian Hoyer was replaced by C.J. Beathard early in Week 6, but Pierre Garcon still saw 12 targets.  He caught 5 of those for 55 yards.  Even though the catches weren’t there, the targets definitely were.  In Week 7, Garcon stays home against the Dallas Cowboys, who currently rank 26th in points allowed to WRs.  The Cowboys have allowed 8 touchdowns to wide receivers over the last four weeks, so Garcon is primed for a touchdown.

Taylor Gabriel was targeted 8 times last week against the Dolphins, but only hauled in 4 passes for 39 yards.  The whole passing offense for Atlanta was out of synch, but hope to rebound against the 29th ranked Patriots’ defense in points allowed to WRs.  Mohamed Sanu has been out with a hamstring injury for a few weeks, but has a chance to return in Week 7 against the Patriots.  If Sanu is back, he will be a sneaky start against the hapless Patriots’ defense.  If Sanu sits again, look for Gabriel to step up and have a good game.  Atlanta will also have to throw a lot to keep up with Tom Brady, so no matter what WR is the # 2 this week, they should feast.

Robert Woods hasn’t been a big waiver wire target this year, but he is quietly performing well for the Rams.  Over the last four weeks, Woods has been targeted an average of 7 times, and has had games of 70, 66, and 108 yards receiving over that period.  Woods takes on the Arizona Cardinals, who are ranked 28th in points allowed to WRs.  It also looks like the Cardinals may be without their top cornerback Patrick Peterson.  Peterson most likely would cover Sammy Watkins, but should he miss this game the already iffy pass defense would take another hit.  Watkins can’t be trusted to start on your fantasy teams as of now, but Woods is definitely worth a look if you are in a tight spot.