Alshon Jeffery's fantasy value is measured by the players he could be traded for. Our trade analzyer estimates his value at 0 points.

Alshon Jeffery is projected for 0.0 fantasy points in PPR scoring this week as he faces the Detroit Lions.

The Eagles released Jeffery on Monday, Jeff McLane of The Philadelphia Inquirer reports.

Analysis: Jeffery's release had been set in stone for quite some time, given that he carried a $14 million salary cap hit for 2021. The 31-year-old is coming off the worst season of his career, having logged just six catches for 115 yards and a score across seven games, all while battling injuries and suboptimal quarterback play. He'll now have to contend with a strong free agent receiver class, perhaps foreshadowing a situation wherein Jeffery is forced to settle for a prove-it deal at his next landing spot.

This week is pretty bare on the waiver wire, thankfully due to the fact that we saw very few injuries.  We are getting closer and closer...
Read more » 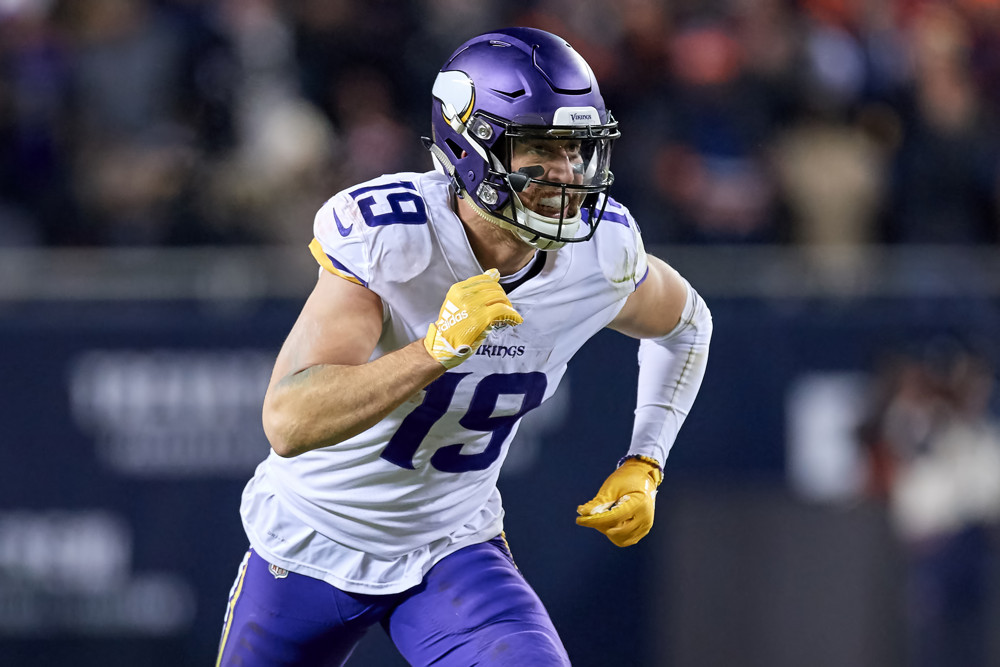 In week 3 we saw rookie wide receivers starting to take the next step in their respective offenses and a few QBs who were able to rally...
Read more »

Should I start Alshon Jeffery?

Alshon Jeffery was born on 2/14/1990 in St. Matthews, South Carolina. He went to Calhoun County High School in St. Matthews, South Carolina and was one of, if not the best, receiver and athlete in the state by his senior year. At 6'3'' and 218 lbs, he's a versatile speedster with length. He was aggressively recruited by schools throughout the country.

Jeffery was the 12th best receiver in the country out of high school. He was a four-star receiver and the 6th best athlete in South Carolina. He went to the University of South Carolina, where he quickly made a name for himself. He provided highlights every week and cemented himself as one of the best athletes in college football. In 2009, his freshman year, he caught 46 passes. The next year, he increased this number to 88 catches, which was the best in the SEC. He also had the most receiving yards in the country with 1517 yards. His next year wasn't as productive, but he still had 49 receptions. He finished his college career with 3042 receiving yards, which was 4th in SEC history. In 2010, he was an All-American and First-Team All-SEC selection. In 2011, he made the second-team All-SEC team.

Alshon Jeffery was drafted by the Chicago Bears and was the 13th pick in the second round, 45th overall. While he didn't participate at the combine, he did run at his school's pro day. He was clocked with a 40 time of 4.38 seconds. His vertical and other drill stats weren't recorded. While this may have set him back slightly, scouts had more than enough tape to go off of.

In 2016, Jeffery signed a one-year contract with a salary of nearly $15 million. By 2016, Jeffery was a star wide receiver and was widely popular in the league and on fantasy football teams across the country. He played 12 games, had 52 receptions, and 821 yards. He also recorded 2 touchdowns. As in previous years, he provided plenty of highlights for his fans. Like his team, Jeffery and the Bears struggled to keep pace with the rest of the league. In 2016, the Bears went 3-13 and finished last in their division, the NFC North. They were 7 games behind the division Champion, the Green Bay Packers. Jeffery and the Bears will look to improve next season. As in previous years, Jeffery will be key if the Bears want to climb up the ranks in the NFC North.

Throughout his college and NFL career, Jeffery struggled with hamstring, leg, and other injuries. While a standout in the NFL, he's a sketchy pick for fantasy football because he's so injury prone. He has a lot of upside, but he's a risk, and isn't as constant as some other receivers who don't get injured as often.

Alshon Jeffery isn't as outspoken as other receivers in the league, but he's still social inside and out of the locker room. He's active on twitter and his handle is @TheWorldof_AJ. While he has plenty of fan pages on instagram, he doesn't have his own account. Alshon Jeffery's jersey can be purchased at nflshop.com. He has also signed memorabilia, which can be found and authenticated online. While he's been rumored as having a girlfriend in the past, it's not clear if he's dating at this time.