In recent drafts, Lamb's current ADP is 3.10, which indicates that his fantasy outlook is in the 10th pick of the 3rd round, and 34th selection overall. 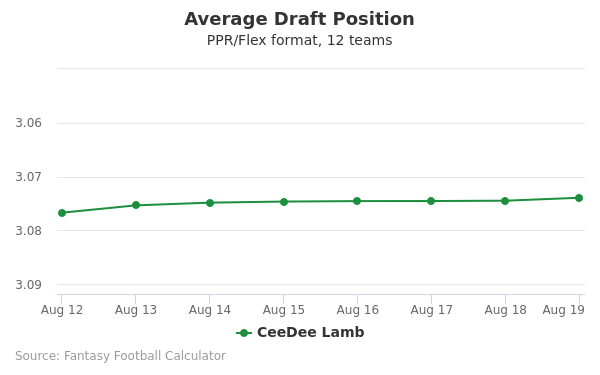 The code below will display a graph that updates every day to show the ADP data for CeeDee Lamb for the past 30 days in 12-team PPR leagues.

Lamb has been working at four different receiver spots this offseason, Michael Gehlken of The Dallas Morning News reports.

Analysis: Most NFL offenses have an X receiver, a Z and a slot, but the Cowboys apparently have a fourth designation as well. The larger point is that Lamb has become more comfortable in Mike McCarthy and Kellen Moore's scheme, so the young wideout may now see more work on the perimeter, after largely playing the slot as a rookie. He'll still see plenty of inside work in three-wide formations, perhaps moving outside to replace Michael Gallup in two-wide sets. That could in turn allow Lamb to run a few more routes per game, though it shouldn't make a huge difference in an offense that's heavily three-wide to begin with. McCarthy said he expects Lamb to make a second-year jump.

In this article we will take a quick look at the dynasty fantasy football landscape, noting who is rising, who is falling, and who are...
Read more » 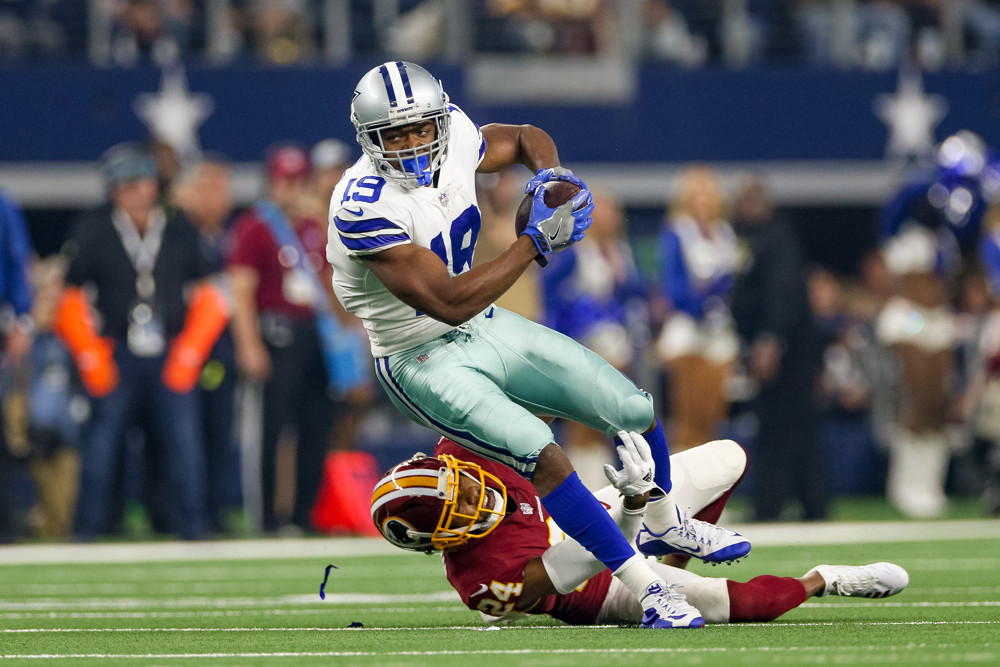 Should I start CeeDee Lamb?