In recent drafts, Swift's current ADP is 3.06, which indicates that his fantasy outlook is in the 6th pick of the 3rd round, and 29th selection overall. 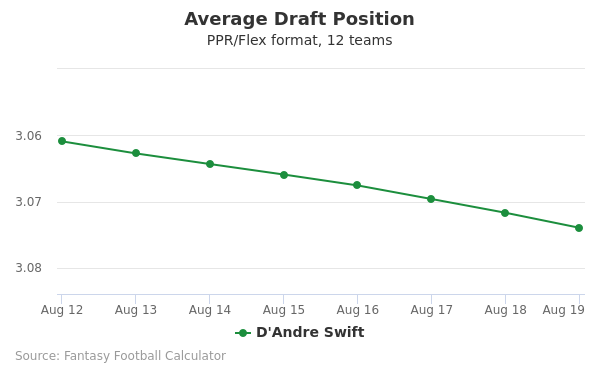 The code below will display a graph that updates every day to show the ADP data for D'Andre Swift for the past 30 days in 12-team PPR leagues.

Assistant head coach Duce Staley made it sound like Swift's role could significantly grow in 2021, suggesting that the "star" and "three-down back" could have 25 touches per game, Benjamin Raven of MLive.com reports.

Analysis: Staley's comments are clearly an exaggeration considering no running back reached 25 touches per game in 2020. The only one who came close to reaching that feat, Derrick Henry, wasn't sharing time with another running back like Swift probably will be with Jamaal Williams, who was guaranteed over $3 million by Detroit in free agency this spring. However, given how many high-value touches Swift is expected to see in the passing game and around the goal line this year, the second-year pro probably won't need to see Henry-level usage to pay off his rising third-round ADP. After all, someone like Alvin Kamara -- who Swift is regularly compared to -- became a fantasy stalwart without ever topping 18.4 touches per game in any one season. 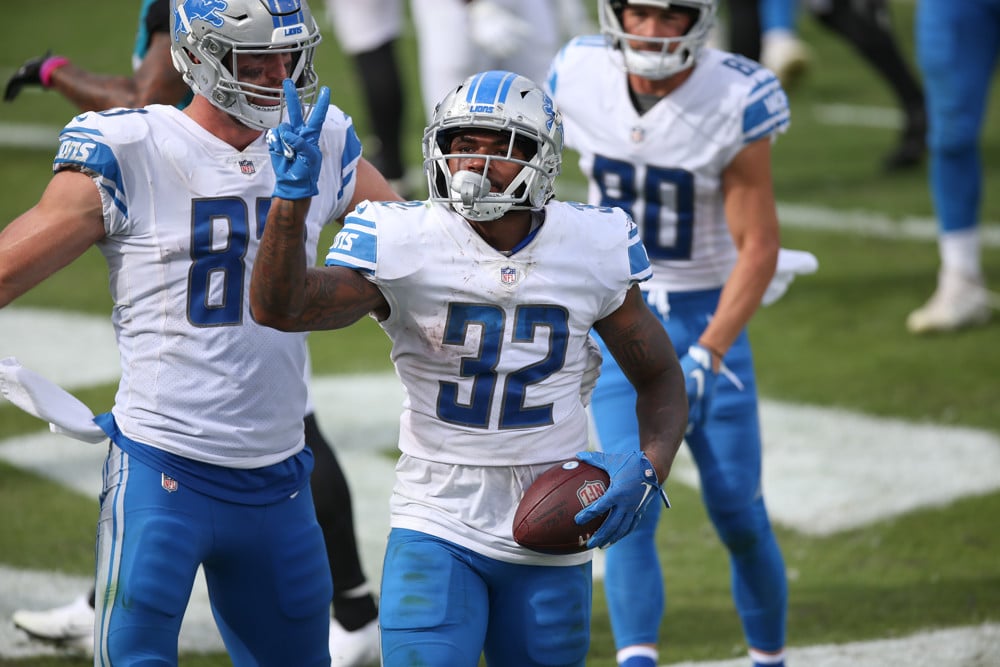 Should I start D'Andre Swift?