Bernard did not log a rush attempt and failed to bring in his only target during the Buccaneers' 30-27 loss to the Rams in their NFC divisional-round matchup Sunday. He also returned one punt for two yards.

Analysis: The veteran running back logged just nine snaps from scrimmage with Leonard Fournette (hamstring) back in the fold, and no other running back but the latter ended up seeing any carries. Bernard was serviceable when given opportunities this past season, even though those were few and far between. The 30-year-old rushed just eight times for 58 yards, but he did bring in 23 of 29 targets for 123 yards and three touchdowns across 12 regular-season games. He also enjoyed his most productive performance by far during the wild-card win over the Eagles, when he rushed 13 times for 44 yards and a touchdown and added another 39 yards on five grabs. Bernard is due to head back into unrestricted free agency at the start of the new league year, and it remains to be seen if he and the Buccaneers will be interested in having him remain in Tampa. 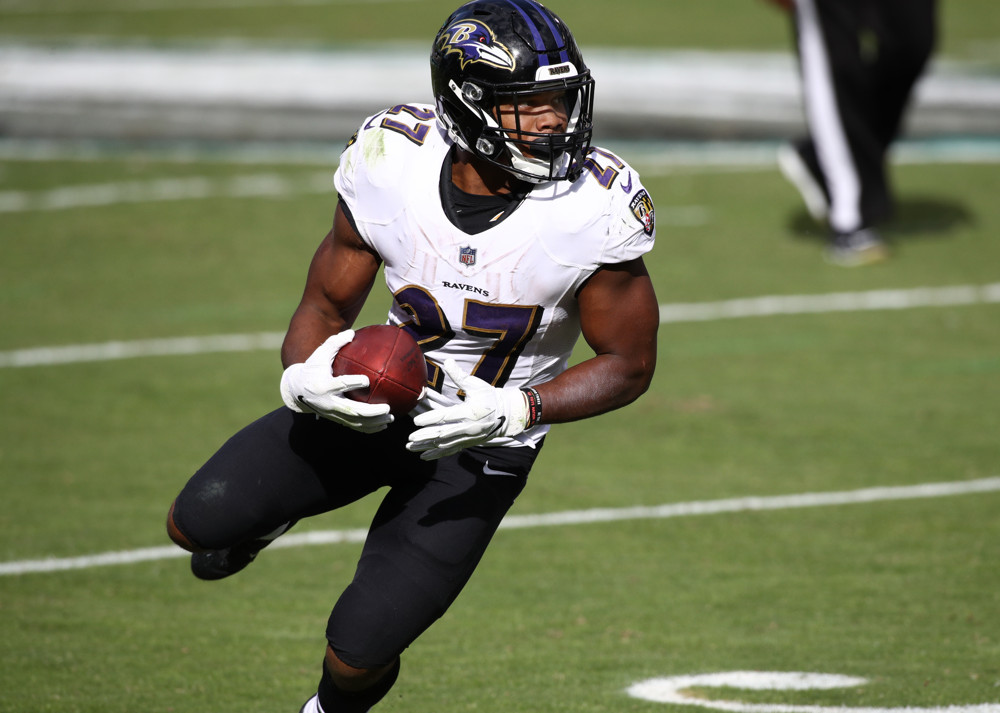 So, the season hasn’t officially started yet, but most of you have probably drafted and are just waiting for Thursday night.  That is a...
Read more »

Should I start Giovani Bernard?

Recruited by University of North Carolina, Chapel Hill, after release from an initial commitment with Notre Dame, Bernard  made running back rush five straight games. His season high rush of 155 yards during a game against Georgia Tech contributed to 1,222 rushing yards, and 20th rank by the NCAA Division. The second Tar Heels running back to exceed the 1,000-yards plateau, Bernard established the bar for rushing yards, average yards per carry, and receiving yard performance. Highlights from his college career include the 2012 CFPA Punt Returner Trophy.

Entering the 2013 NFL Draft, Bernard was projected to be selected between the first to third round. Ranked the 4th best running back / 67th best prospect by NFLDraftScout.com, at the NFL Combine, he was picked by the Cincinnati Bengals during the 2nd round, placing 37th overall in the recruiting process. Bernard was a  top running back prospect in the draft, with a 40 time of 4.53.

The Bengals signed Bernard on a four-year, $5.25 million salary, $2.2 million bonus, and $3.2 million guarantee contract on May 23, 2013. He made his professional debut at the season opener against rival, Chicago Bears, resulting in 4 carries for 22 rushing yards, and an 8-yard reception. He scored 2 touchdowns in a 20–10 win against the Pittsburgh Steelers, September 16, 2013. He ended the season with 695 rushing yards, 56 receptions, 1,209 total yard, 514 receiving yards, 5 rushing and 3 receiving touchdowns.

Week 1 Bernard scored with 20 carries for 123 rushing yards for a 24-19 win against the San Diego Chargers. Week 5 the Bengals defeated the Seattle Seahawks in an overtime win of 27–24, and tallying 100-yards scrimmage, 80 yards on the ground. Bernard also performed  33 rushing yards on 14 carries, in a 24–14 win against the San Francisco 49ers. He  finished the season with 154 rushing attempts for 730 receiving yards, 2 touchdowns, 49 receptions for 472 receiving yards, in 16 games and 1 start.

In a game against the Pittsburgh Steelers September 18, 2016, Bernard caught 9 vertical passes for 100 yards, and a touchdown, in a career-high, second 100-plus receiving yard game, and 6th receiving touchdown. While playing the Cleveland Browns October 23, 2016, he ran for 80 yards on 17 carries and a touchdown. Bernard finished the season with 92 carries for 337 rushing yards, as well as 2 touchdowns during 39 receptions for 336-yards, and 1 touchdown in 10 games, and 2 starts.

Giovani is the sibling of Yvenson Bernard, Oregon State running back.