The Five Biggest Draft Mistakes (and How to Avoid Them) 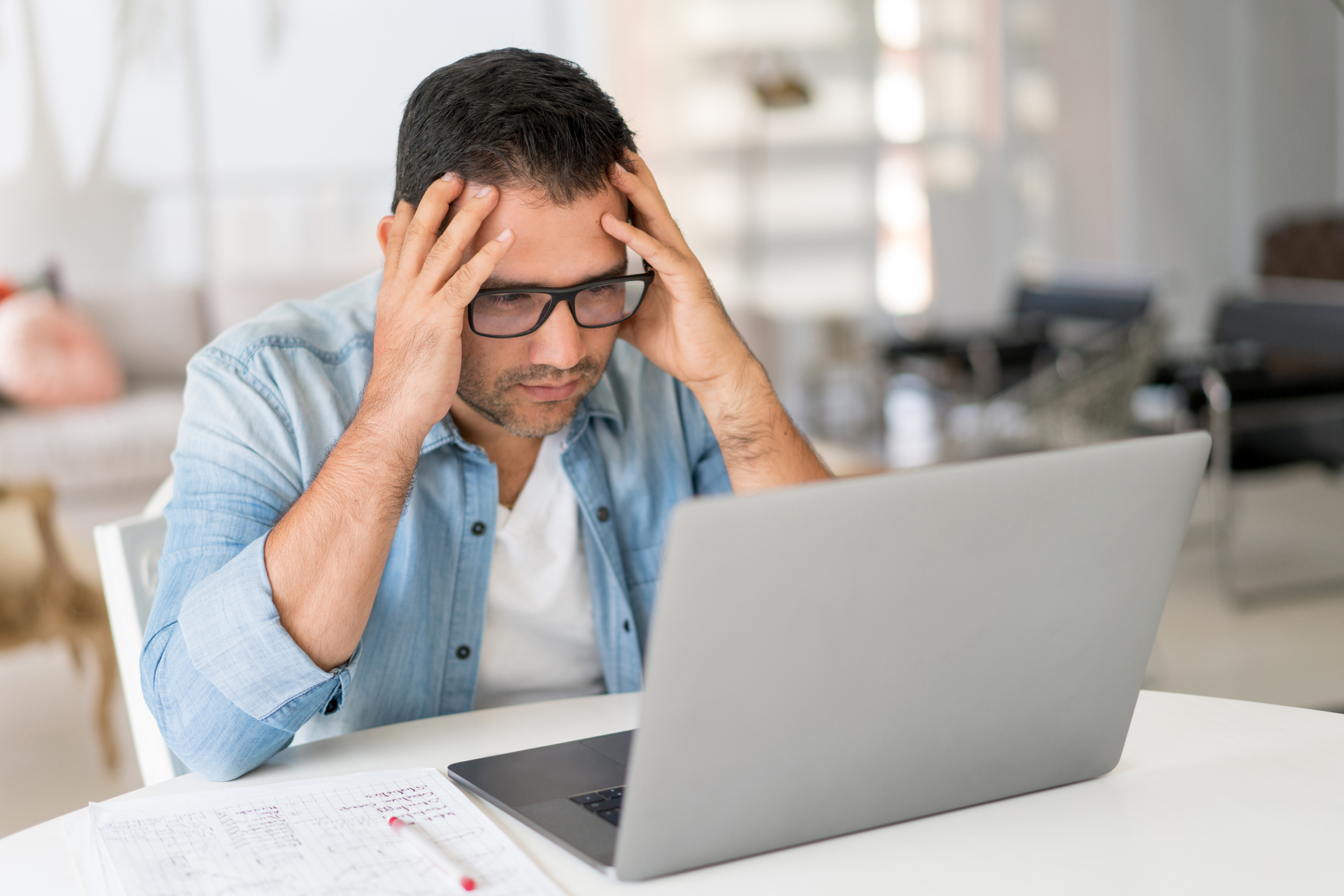 A fantasy football draft is intimidating.

The stakes are high, there's a countdown timer, and your decisions are visible to all of your friends, family and coworkers.

For fantasy beginners, embarrassing themselves in the draft is a big fear. But even for experts, there is always a feeling of nervousness going into any draft.

To help ease your nerves, we've put together this list of the most common draft mistakes. If you can avoid these then you'll be well on your way to a solid draft.

The most embarrassing way to screw up your draft is to take a player several rounds higher than you needed to draft them.

It's bad because it's a complete waste of draft value. And it's embarrassing because it makes you look like you don't know what you're doing.

Some egregious examples of this would be taking a kicker or defense in the first round. If you're not sure why that is bad, you should first read our beginner's guide to fantasy football and then come back.

But even the less extreme cases are terrible. A common example is someone taking a quarterback way too early, like round 1 or 2. Another example would be drafting a player early who is injured or suspended and has a lower draft value than they did a few weeks earlier.

Luckily, there are two ways to avoid this mistake:

Mistake #2: Missing Out on Your Favorite Sleeper

This is the opposite of Mistake #1.

You’ve been doing your research and have identified one player as your favorite sleeper in the mid-to-late rounds. You're really excited about him, and you've adjusted your whole draft to assume you'll get him at a value later in the draft.

However, just a few picks before you were set to draft him, someone else takes him.

Now you start to panic and your draft plan falls to pieces.

This situation is entirely avoidable. If you truly have a player you are willing to bang on the table for, then you need to draft them a little before they are expected to be drafted.

There is so much variability and uncertainty with player performance, that if you truly have a strong gut feeling about a sleeper, then do everything you can to get that player on your team.

Since this mistake is the inverse of the first one, the solution is actually the same:

The most common reason this happens is that you may do a few drafts a week or so before your draft and fall in love with a sleeper. However, you probably aren't the only person who felt that the player was a value at the original draft position. So his ADP ends up rising higher, but you haven't realized it and plan on drafting him later than he can be drafted.

Make sure to check ADP and do some mock drafts as close to your draft day as possible, including the morning of your draft.

And remember, "average" draft position means that the player gets drafted higher than their ADP 50% of the time. If you want a more sophisticated view of the probability that a player will be available for you at a draft spot, use our free Scenario Calculator to help you do the math.

You enter the scoring format and the draft pick you are considering drafting a player, and it will tell you the chance that a player will be available for you to draft there. Use that value in your decision for when to draft your favorite sleeper.

This is a subtle way to screw up your draft, and you might not realize it until your draft is almost over.

Let’s say that in a PPR draft, you end up drafting a running back with your first pick. Coming back in the second round, you also feel that the best value is another running back and you end up going RB/RB.

That’s fine. But coming around in the 3rd round, you don’t like any of the top wide receivers on the board, so you take another running back. Okay, not the end of the world.

But, what if you get the same feeling in the 4th round also? You will have to either force a wide receiver pick that you don’t like, or draft your 4th running back.

And even if you take a wide receiver here, your #1 WR is not very strong. You had good intentions at every single pick, but the cumulative result was an unbalanced team. You’re going to be forced to make a trade early in the season, which isn’t a great start.

Solution: Know the best rounds to draft each position. A combination of mock drafts & draft simulations can help you there, and it's what many advanced fantasy football players do.

We've done the hard work of analyzing thousands of mock drafts performed on Fantasy Football Calculator, crunched the numbers on which teams were the best, and found out the optimal round to draft your first play at each position.

Mistake #4: Not Preparing With The Correct League Settings

As I've shown above there are plenty of tools resources to help you prepare for your draft and avoid some major draft mistakes.

However, those tools and resources are only as good as how you use them. All of them let you specify the league format that you are in. The average draft position for a running back in a 10-team non-PPR league is very different from his ADP in a 14-team PPR league.

So before you start your draft prep, always check your league scoring settings first. You can always get this from your league provider or ask your commissioner if you need help.

And stay in the loop leading up to your draft in case the settings change or the size of your league changes. You will need to adjust your draft preparation to accommodate that.

Another example of this is, if you're in a keeper league where you carry over a handful of players from the previous season, your draft preparation and strategy is going to hinge around who your keepers are (and who you think will be kept by the other league managers).

The tools above can be modified for you to set your own keepers if you have a premium account. That will let you input your keepers once and then run as many draft simulations as you want with those settings.

Also, if you have unique lineup settings like 2 or 3 flex positions, or your quarterback scoring settings are non-standard, then you can use the premium versions of those tools to adjust the computer settings for your practice draft simulations.

Mistake #5: Not Tracking Your Draft

The final mistake to avoid is not having a system in place to track the draft picks as they happen during your draft.

There are many things that can go wrong if you don't have your own system for tracking your draft:

DO Track Your Draft One of These Ways:

DON'T Track Your Draft One of These Ways:

In summary, we've covered the five most common draft mistakes and how to avoid them.

The major theme that we've identified is that you need to be prepared with updated information.

Most of the tools and resources that I've listed above to help you get that basic information are available for free here at Fantasy Football Calculator. And if you want to save time and use our premium cheatsheet generator, custom draft simulator or draft tracker, then those premium tools can help you level up your drafting even more.

You can get access to our premium tools for as little as $2.99 / month. All memberships are protected with our 30 day money-back guarantee.

They're especially helpful for people in keeper leagues because free draft information can't tell you how to adjust for your own situation with keepers. You need software to account for those keepers and adjust your cheatsheets and simulations accordingly. Get started here.

But no matter your skill level, if you follow the advice above, you can avoid making major mistakes in your next fantasy football draft.

If you are prepared for your draft, there is nothing quite as fun as being on the clock and drafting the right players at the right time. It's probably the most fun part of fantasy football.