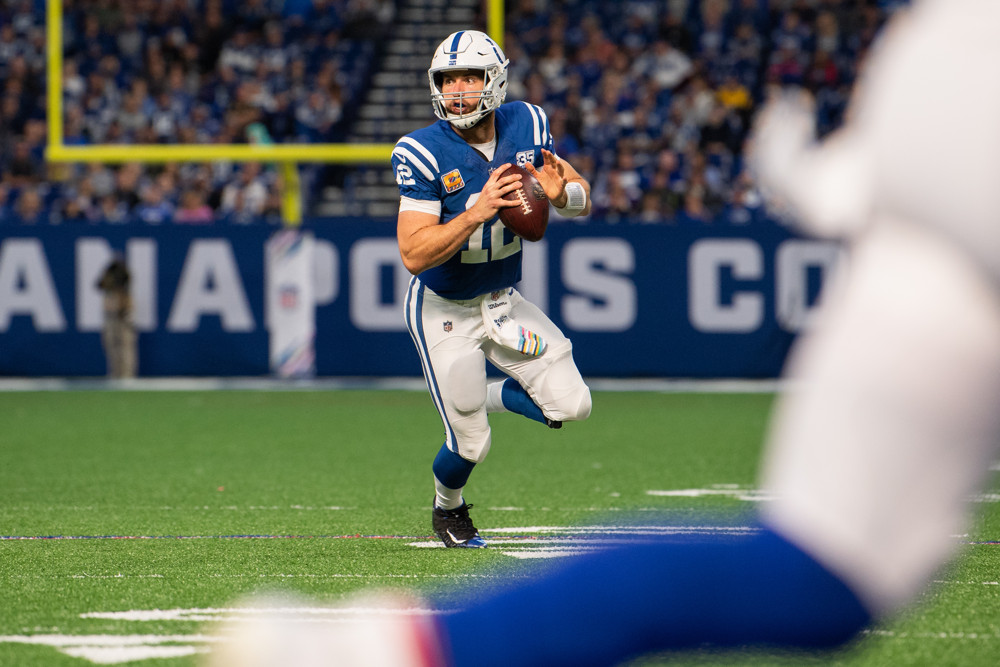 Josh Rosen finished last week against the 49ers with 19.3 fantasy points, his highest of the season. This week Rosen has a very good matchup against the Chiefs defense who are no strangers to giving up big points to the QB. While Rosen is still a rookie and has had his fair share of bad fantasy outings, his two previous games were against two tough defenses in the Vikings and Broncos. The Cardinals should be playing catch up all game which would force Rosen to sling the ball 35-plus times against a vulnerable secondary, and it wouldn't be surprising if Rosen finished the day north of 250 yards and 2 touchdown passes.

Who knew it would take the firing of the head coach and offensive coordinator to bring out the weapon that is Duke Johnson? This week the game plan will be to attack the Falcons' through the air with the running back, or so it should be. The Falcons are giving up the third most fantasy points to opposing running backs, including the most receptions and third most yards caught by opposing running backs. Johnson should be started with confidence especially in half and full-PPR leagues.

With Paul Richardson out for the year, Josh Doctson has a great opportunity starting this week against an absolutely terrible Buccaneers secondary who are giving up an average of 46.0 fantasy points to opposing team's' wide receivers. Doctson only has Maurice Harris to beat out and certainly has the talent to do so in an offense that really needs a week-to-week playmaker. With the Redskins more than likely keeping an extra tight end (or two) in to block on their passing plays due to their o-line injuries, Doctson is in a position to be the primary look in the red zone this week.

Vance McDonald has not been great for fantasy purposes ever since his infamous stiff-arm game against the Buccaneers in Week 3, recording only one double-digit fantasy performance and now ranks as the TE 15 on the year. Look for his production to increase significantly this week as the Steelers go up against the Panthers on Thursday Night Football who are allowing the most fantasy points to tight ends on average (20.0) and in 6 out of 8 weeks played, the opposing tight ends have totaled at least 18.9 fantasy points. The talent is there in McDonald and he can be a great pickup and start for those who stream the position weekly.

Josh Lambo is currently ranked as the 22nd kicker this season in terms of fantasy points scored, so why should he be started in this game? Lambo scored 16 fantasy points in the last game he played and now faces a team in the Colts who are giving up an average of 10.5 fantasy points to the position, which ranks second highest in the league. With Leonard Fournette back in the mix this week, the Jacksonville offense should be more balanced which inherently increases the likelihood of field goal attempts with their (hopefully) being fewer three-and-outs or stalled drives.

The Buffalo Bills defense is up against Josh McCown and the Jets offense in what will be a very low-scoring game. Even though the offense is putrid, the Bills defense has been half-decent this season against teams with weak quarterback play. If McCown doesn't play like he did last season finishing as a QB1, the Bills may have a field day with him on Sunday.

Andrew Luck is quietly the 9th-ranked quarterback this season entering Week 10 and has thrown for at least 3 touchdowns in the past 5 games. However, coming off the bye he faces his toughest challenge yet, the Jaguars, who have limited opposing QBs to only 15.5 fantasy points per game which is the 5th-fewest in the league. If T.Y. Hilton can be completely shut out of this game by Jalen Ramsey, this may be a very low-scoring game.

If both Sony Michel and Rob Gronkowski play this week against Tennessee, James White does not become an automatic lock to start this week and could be left riding the bench depending on depth. Not only are the Titans allowing the fourth lowest fantasy points on average to opposing running backs, but they've also are the only team to not allow a running back score a touchdown through the air. The Patriots game plan focuses on its opponents' weakness and this week that'll be with the Patriots' wide receivers, as the Titans are allowing the 9th most amount of fantasy points to the position.

When Alshon Jeffery has faced tough defenses this season (Minnesota and Jacksonville) he has struggled. While the Cowboys don't have a great defense, they do a great job of limiting their oppositions' top receiving option. This has helped the defense post very good numbers against wide receivers in general and they are allowing the least amount of fantasy points to the position each week (28.3) and have not allowed more than 1 touchdown to the position since Week 4. In what should be a competitive division game, Jeffery will undoubtedly see fewer targets with newly acquired Golden Tate playing against the Cowboys, a team he torched for 8-132-2 back in the aforementioned Week 4 matchup when he was with Detroit.

With A.J. Green expected to miss multiple weeks due to injury, one beneficiary of the news could be C.J. Uzomah. This week, however, I wouldn't expect that to be the case as the Saints have been great at defending opposing teams' tight ends. In a high scoring game against the Rams last week, the Saints surrendered their first double-digit performance to a tight end this season. Through 9 weeks, the Saints are allowing the 7th-lowest amount of fantasy points to the position this year and have only allowed one touchdown.

Jason Meyers is currently ranked as the number 1 kicker in fantasy points scored, but should be played with caution this week. The implied team total for the Jets is only 21.75 and has gone down a half-point since the line opened. The Bills, as bad as they actually are, have a decent defense but have given up back-to-back double-digit fantasy points to kickers. This week though the Jets won't be starting rookie Sam Darnold and football fans may think this is a step forward, just remember that Darnold won the job in training camp. This game should be low scoring and it by far has the lowest total at only 36.5.

In a week where so many great defenses are on a bye (Vikings, Texans, Broncos, and Ravens) there's a case to play the Tennessee Titans defense this week. The Titans are a week removed from scoring 12 fantasy points against the Cowboys and are currently the 14th ranked defense on the season. If we remove the above teams who are all on byes (and all ranked above the Titans), then the Titans are in the top 10. However, their matchup is one that should be avoided as they go up against a Patriots' squad that should be getting back Sony Michel and Rob Gronkowski and they are allowing the least amount of fantasy points to opposing defenses with an average of 1.4 fantasy points per game.