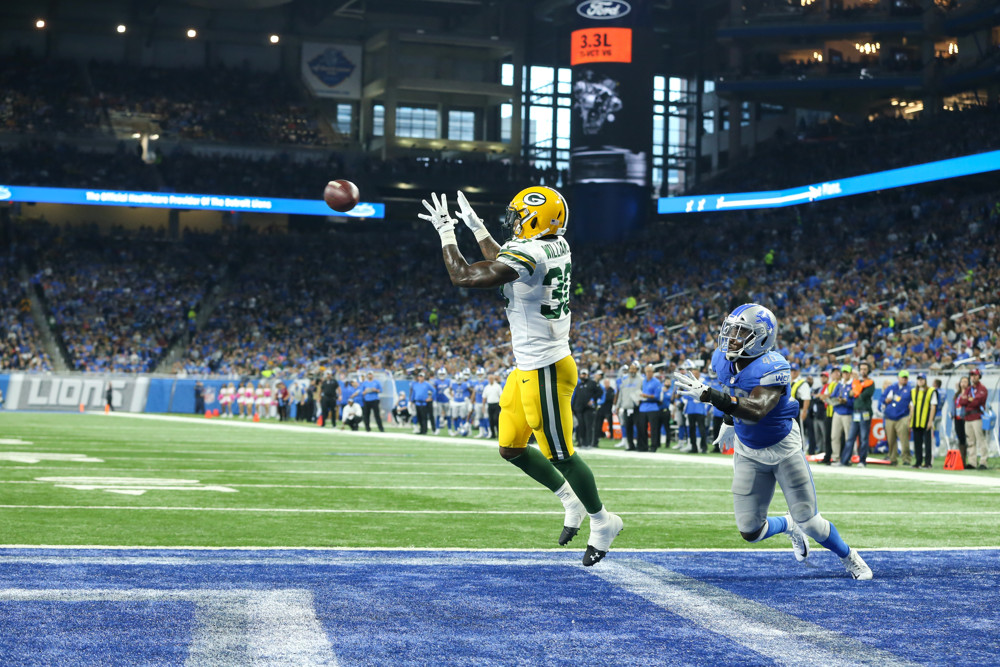 Week 15 was a little bit nicer to fantasy owners, injury-wise at least, but there still were a few injuries that may have affected your team. Or maybe you have been playing the matchups and need a few suggestions for this week. Whether you are playing for a championship, a consolation prize, or trying not to be dead last (thanks to embarrassing punishments you may have to do), here are some players to look at after Week 15's conclusion.

A lot of fantasy owners probably lost one of their running backs this past week after Aaron Jones went down early in Week 15. Jamaal Williams came in and played every snap after that, finishing the game with 12 rushes for 55 yards and 1 touchdown. He also caught 4 of 5 targets for 42 yards. Williams, who started the year as the main running back in Green Bay, looked much better than he had all season. Even against a tough Bears' defense, Williams burst through holes and was a nice check down option for QB Aaron Rodgers. With the season over for the Packers, RB Aaron Jones will probably not come back, leaving Williams as the only back (granted they will bring someone up this week) in Green Bay. Williams is a solid volume back this week against the Jets.

Elijah McGuire was the lead back once again in Week 15, rushing 18 times for 42 yards and 1 touchdown. He also caught 3 passes for 29 yards. With RB Isaiah Crowell done for the season, McGuire should continue to get a majority of the workload in New York. He faces Green Bay next week (at home). Green Bay hasn't been great on defense this year, and both teams have nothing to play for except pride in Week 16. If you somehow made it to the finals with McGuire, or if you have something to play for in consolation, McGuire has a nice matchup and may be worth a look.

Kalen Ballage garnered a small amount of hype this offseason after being drafted in the 4th round of the NFL draft. Unfortunately for him, he had to sit behind the infinite RB Frank Gore and last season's surprise RB Kenyan Drake. But with Gore injured and in a walking boot, it was Ballage who got the carries. I'm not sure if Coach Gase just doesn't like Drake or what, but Ballage carried the ball 12 times for 123 yards and 1 touchdown against one of the best defenses in football. Next week the Dolphins take on the Jaguars, so even though it's not an exciting matchup, if you're desperate, it might be worth the shot.

Wide receiver Robby Anderson was one of the more hyped up receivers this offseason, often being drafted in the middle rounds of 12-team drafts. After a break out 2017 season, Anderson never really reached those numbers in 2018 with rookie QB Sam Darnold. However something changed the last three weeks. Anderson now has been targeted at least 7 times and has caught a touchdown in consecutive games. Last week against Houston he was targeted 11 times, catching 7 of them for 96 yards and 1 touchdown. Anderson gets a great matchup against a bad Green Bay defense. This game could be a shootout, and Anderson will see plenty of targets.

If you are in the championship you may not want to put your trust in WR Robert Foster, but he has quietly become a viable starting option over the last 5 weeks. Since Week 10, Foster has had 3 100 yard games and caught 2 touchdowns. In Week 15 against Detroit, Foster was targeted 5 times, catching 4 passes for 108 yards and 1 touchdown. Foster is in for a tough game in Week 16 against New England, but QB Josh Allen has shown tremendous promise over the last few weeks. If you need a boom/bust type player, Foster just might be your guy.

The Bills may have won the NFL QB draft sweepstakes with Josh Allen. Allen has looked poised (and competent) in the pocket, while also using his legs to extend plays and rush for 1st downs. In Week 15 against Detroit, Allen completed 13 of 26 attempts for 204 yards and 1 touchdown. He also rushed 9 times for 16 yards and 1 touchdown. Allen may not have had the most efficient day, but he did lead the Bills to a victory. Allen has now rushed for 506 yards and 6 touchdowns, making him an annoying QB to play against. Allen travels to New England in Week 16, and it's not crazy to consider starting him if you have been streaming QBs on your way to championship week.

Tennessee had some bad weeks this year, getting blown up by the Colts and Texans in Weeks 11 and 12. Since then the Titans' defense has turned it around, allowing 9 points to Jacksonville and completely shutting out Saquon Barkley and the Giants in New York. The Titans recorded 3 sacks, 1 interception, and 1 fumble recovery. The Titans get Washington at home in Week 16. QB Josh Johnson has looked ok so far, but the Titans' defense should shut down the run and get a few turnovers.