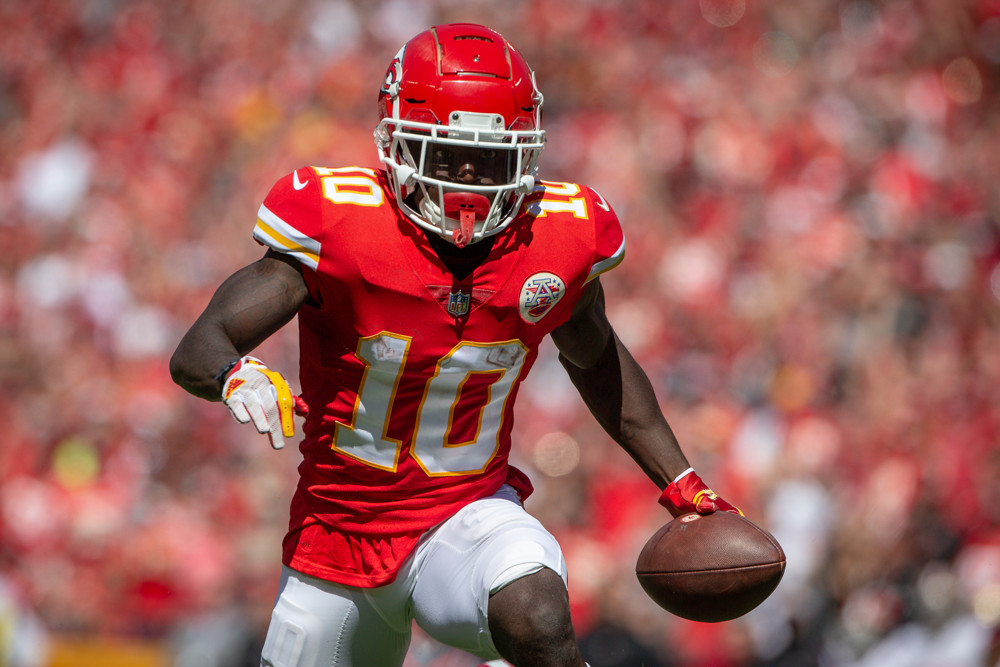 The usual stud running backs showed up again in Week 6, but there were some surprise names atop the passing leader boards. Did anyone see the shootout between Brock Osweiler and Mitchell Trubisky coming? Let's take a look at the studs and duds around the league.

The biggest passing fireworks of the day came in a shocking Miami-Chicago shootout, where both Trubisky and Osweiler had over 360 yards and 3 TDs. If you started either of those guys, go grab a lottery ticket. Patrick Mahomes had another monster game with 352 yards and 4 TDs, and Andrew Luck was over 300 yards with 4 TDs too. But the day's biggest game was from new Bucs starter Jameis Winston, who shredded Atlanta's defense for 395 yards and 4 TDs.

Jared Goff was a huge bummer with only 201 yards and no scores in a win. Derek Carr is the first of many Raiders duds this week. He had 142 yards and no TDs. But the stinker of the week was Marcus Mariota, who threw for 117 yards and had more sacks (11) than completed passes (10).

It was a rough week to rely on a RB that isn't involved in the passing game. Carlos Hyde, Marshawn Lynch, Isaiah Crowell, Derrick Henry, and Royce Freeman were all big time disappointments, each with 45 yards or less and no TDs. It wasn't much rosier for a few pass-catching backs either. Dion Lewis, Nyheim Hines, and Buck Allen each had under 40 combined yards and saw single digit touches.

Tyreek had a monster game to cap the evening with a trio of TDs and 142 yards. The day's other big receiving games came from guys on your waiver wire. Albert Wilson, Tyrell Williams, and Cole Beasley each went over a hundred yards with a pair of TDs. Alshon Jeffery and Tyler Boyd each had 2 TDs as well and Adam Thielen kept up his streak of 100+ yard games.

It was a rough day for Coopers as both Amari and Kupp put up goose eggs before leaving their games injured. Stefon Diggs and Jarvis Landry were other big names to disappoint, with just 33 and 11 yards on a combined 14 targets. Other duds from WR2 and WR3 types came from Corey Davis, Will Fuller, Mike Williams, Kenny Stills, and Jordy Nelson. None of them cracked 35 yards or had more than two catches.

With no big tight end games, there weren't many duds either. Jared Cook was the only complete miss, with just 2 catches for 10 yards.