10 Tight Ends to Stow Away in Your Keeper League 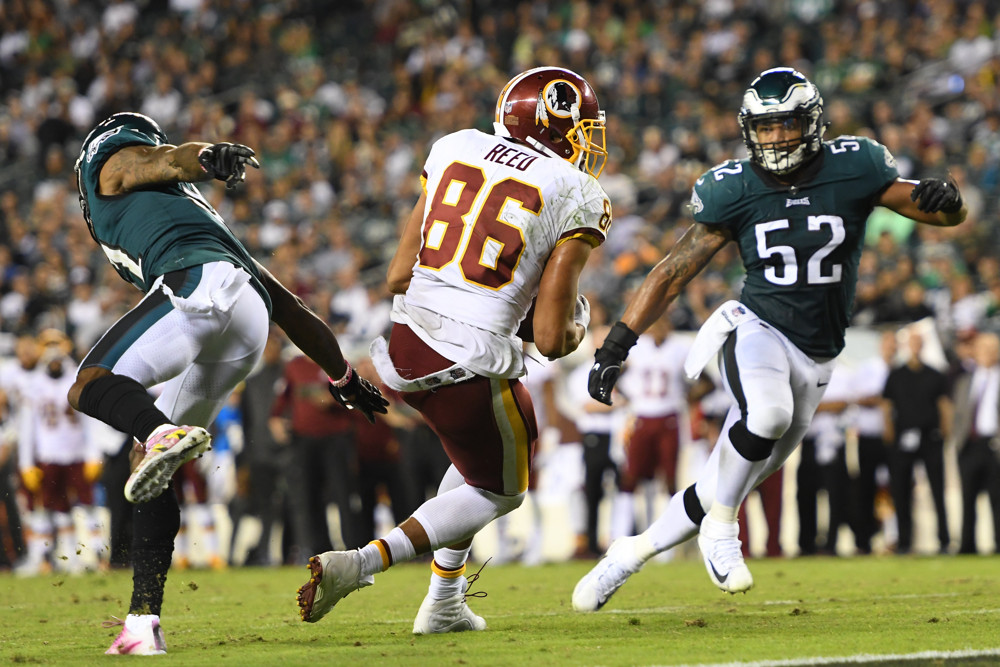 The season is never over in keeper and dynasty leagues. If you're already out, it's time to make some roster moves for next season. Below are ten tight ends worth stashing that could pay off for your 2018 fantasy team.

Stop me if you've heard this before, but it's been a really tough injury year for Jordan Reed. But he's a proven top producer in games he's on the field, so he's a must add if some frustrated owner in your league has given up on him.

Eifert is a free agent, so we'll see if he's back in Cincinnati. He caught only four balls this year but had 13 touchdowns just two seasons ago and has proven to be a touchdown machine when on the field, with one touchdown per every 6.3 catches for his career. That's the sort of rate that helps him earn his Mini Gronk nickname, and a redzone target like Eifert will be a useful player in any scheme.

Henry's season has waxed and waned, but it's safe to say he hasn't met expectations for owners who thought he was this year's breakout tight end. But Antonio Gates is a free agent, so next year the job will be Henry's for good. Henry has eight games of five or more targets in 2017 and is the true second receiver for the Chargers after Keenan Allen.

This year's first-round draft pick tight ends are probably owned in your league, but they're great breakout candidates to stash if not. Tight ends are notoriously slow to develop, but both Howard and Njoku have slowly taken over the lion's share of their team's snaps and should get more consistent work in 2018. Each has had a couple big games and flashed some great athleticism and big play potential.

Seals-Jones is that guy you never heard of that scored two touchdowns out of the blue a few weeks ago. He's a converted wide receiver and a huge redzone threat at 6'5, and he's still barely even seen the field, but he's getting targeted often when out there. RSJ has been targeted on almost one-third of his snaps, an absurd rate. He could be next year's breakout star.

Burton is a free agent, so he may or may not be an Eagle next year. He's been the third string tight end this year but is still a top 30 fantasy tight end, and he looked great in Zach Ertz's absence with nine catches for 113 yards and two TDs over two games. Burton has good size and is a great redzone target. If something were to happen to Ertz, Burton could be a top five fantasy tight end in Philly.

These three young guys should see bigger roles this year. If your league emphasizes tight end scoring, Shaheen could end up being Trubisky's go to guy, Higbee could take Sean McVay's Jordan Reed role for the Rams, and Vannett could start in a TE-friendly offense if Jimmy Graham and Luke Willson leave in free agency.