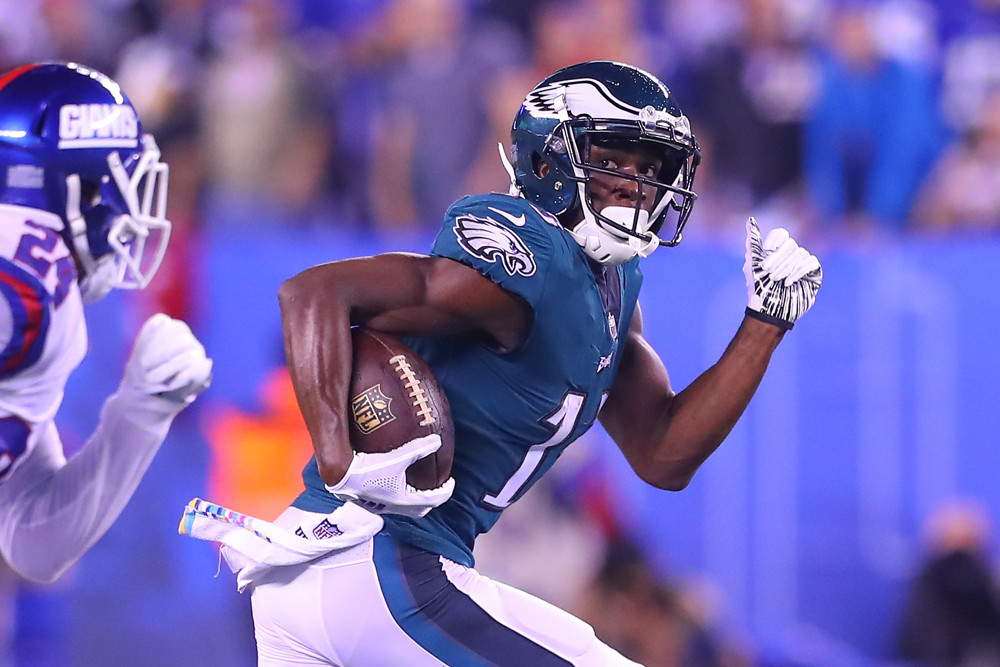 With the regular season in the rearview mirror, the Wildcard Weekend main slate features only four games, severely reducing the available player pool. Despite the smaller field, each game looks competitive with lines between 1-6 points. On smaller slates, roster construction often provides the largest edge. With that said, here are this week's standout plays.

Absolutely decimating the Texans in the regular season, Andrew Luck recorded 464 and 399 passing yards, along with 6 touchdowns in two meetings against this team. The Texans have allowed the most passing yards over the last four weeks (1,230). With DraftKings keeping Luck's price low, he looks like a near lock for cash games.

The slate's top play, Ezekiel Elliott has averaged 29.25 touches per game in his last four contests. Zeke has also seen elite usage as a pass catcher, with 33 targets in that span. Seattle has allowed the 3rd-most receiving yards to backs this season (906), creating an edge for Zeke to exploit in the passing game. Despite coming with high ownership, Zeke remains a must play on this slate.

Returning from an ankle injury in Week 17, Lamar Miller saw 19 touches, but recorded only 54 yards. In his last three full healthy games Miller has touch counts of 20, 19, and 19, giving him the highest touch projection of backs in this range. The Colts play average run defense but have allowed the second-most receptions to running backs (110) this season. In their second meeting this season, Miller recorded a season-high, 5 receptions. Miller provides an adequate floor at his price, keeping him in play for cash games.

While DeAndre Hopkins remains the top play at the receiver position, Keenan Allen simply comes in too cheap at 6.9k. In his last four healthy games, Allen has averaged 10.75 targets, but now he faces the stout Baltimore defense. The Ravens have shown cracks recently, allowing 100-yard games to Jarvis Landry, Mike Evans, and Tyreek Hill. Surely to go low-owned, Allen provides leverage on the field and warrants GPP exposure.

After sitting out Week 17 as a precaution, Allen Robinson looks ready to roll for Wildcard Weekend. Robinson has averaged 8 targets per game in his last four healthy contests and faces a decimated Philadelphia secondary. This unit has allowed the second-most yards to wide outs over the last four weeks (778). Positioned nicely as Chicago's top receiver, Robinson should exploit this weakness on Sunday, putting him in cash/GPP consideration.

While the matchup will surely scare most, Nelson Agholor remains a contrarian, bargain bin play. Agholor has quietly led Philly pass catchers in snaps (92%) and routes run (146) over the last four weeks. While he has only seen 18 targets in that span, his 177 air yards also rank second on the team. Chicago has also quietly allowed the 14th-most yards to receivers this season (2,654) and will be without slot corner Bryce Callahan. For those looking for salary relief, Agholor could also provide leverage in GPPs.

Playing fantasy's most volatile position, Eric Ebron makes sense this week in perhaps the best tight end matchup on the slate. Ebron has been a revelation for Colts this season, reeling in 66 catches or 750 yards and 14 total scores. To improve matters, the Texans have played putrid tight end defense, allowing the second-most yards to the position (1,078) this season. With the highest game total on the slate (48-points), Ebron is worth a look in cash and GPPs.