Fantasy Football Bust Predictions for Quarterbacks 2021: Who will underperform current ADP in mock drafts this year? 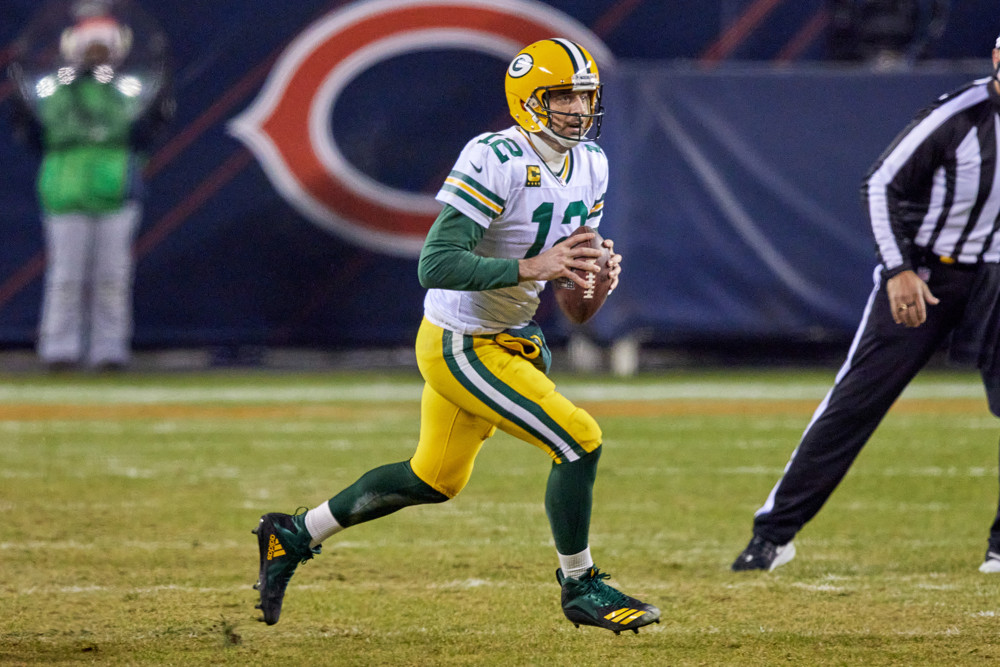 Picking QB busts can be quite difficult, especially since quarterback tiers drop off very quickly.  As you draft this offseason you most likely will have to reach for a top QB or settle on one that you aren’t quite sure of.  Or you can be one of those guys who waits till the later rounds to try and grab a sleeper.

In this article, we will look at some of the top QBs in mock drafts and talk about which ones have the biggest bust potential in 2021. Bust may be too strong a word, so we will also look at some QBs we expect to underperform their current ADPs.

This one is probably the easiest prediction since Aaron Rodgers still hasn’t discussed his future with the Packers and no one really knows if he is going to play at all.  Now I don’t think Rodgers will just sit out the season, but if he does come back one has to question where his head/heart is.

Rodgers is the 8 th QB off the board even with the risk involved and is going at the 6.11 spot.  As news continues to come out, that draft spot may continue slipping.  The Packers and Rodgers are heading for an ugly divorce that may impact his overall play.

Rodgers is coming off a career season, throwing for 4300 yards and 48 touchdowns.  Unfortunately, Rodgers and the Packers made some iffy decisions against the Buccaneers in the playoffs and they have been full of drama since then.

That all being said, 48 touchdowns are above his average, and Rodgers may see some regression back to the 25-30 TD range.  The risk involved with his drama, along with the potential regression could mean disappointment for fantasy owners.  If Rodgers does continue to slip in drafts, he may be worth the risk.

Joe Burrow is on the lower end of our “bust” ADP cutoff, but as the 12 th QB off the board, it appears as though he is getting drafted as a starting QB in most 12-team leagues.  Burrow had a relatively strong NFL start in 2020 before a horrific leg injury ended his rookie season.

Burrow is going in the beginning of the 9 th round and is being quite hyped up as a potential sleeper thanks to the receiving weapons he has.  I too am intrigued with Tee Higgins, Ja’Marr Chase, and Tyler Boyd as targets for the 2 nd year QB, but Burrow is a bit of a risk coming off a major knee injury.  He probably won’t be mobile for the first few weeks, which will limit his running and play-making abilities.  We also didn’t get a ton of time to see how Burrow truly plays, so there is a small chance he regresses from his rookie season.

Overall Burrow is a risky, young player coming off a big surgery that could cause him to underwhelm fantasy players.  He seems more like a top 15 guy for now, not quite a top 12.

I don’t think Josh Allen will necessarily bust, but I do believe out of the top 5 QBs Allen has the biggest disappointment potential in 2021.  Allen went from 3089 yards and 20 TDs in 2019 to 4544 yards and 37 touchdowns in 2020, which either means he had an insane outlier year or he is progressing as a passer.

Allen did get a massive upgrade with the addition of Stefon Diggs, and that seemed to really help Allen in the pass game. He is currently being drafted as the 2 nd QB off the board and at the beginning of round 4.  But there are a few issues that could impact Allen’s ability to extend his career season.

First off, Allen’s rushing stats have decreased every year he has been in the league.  In his rookie season, he rushed for 631 yards on 89 carries.  He followed that with 510 yards in 2019 and only 421 yards in 2020.  He does score quite a few rushing touchdowns, which will probably continue since the Bills lack a true run game, but if this yardage decrease continues it’ll hurt his fantasy value.

The second issue is that the Bills faced the New England Patriots in 2020 without a majority of the Patriot’s defense (opted out due to COVID).  This year that will change, and Allen will have to face one of the best defenses twice.  Now it’s only two games, but it will make a difference in Allen’s stats.

Like I said I believe Allen is a good QB, but his previous season seems a bit odd after watching his 2019 season.  The addition of Diggs obviously helped, but if Allen regresses in his passing yardage and touchdowns he will easily fall out of the top 5 QBs.