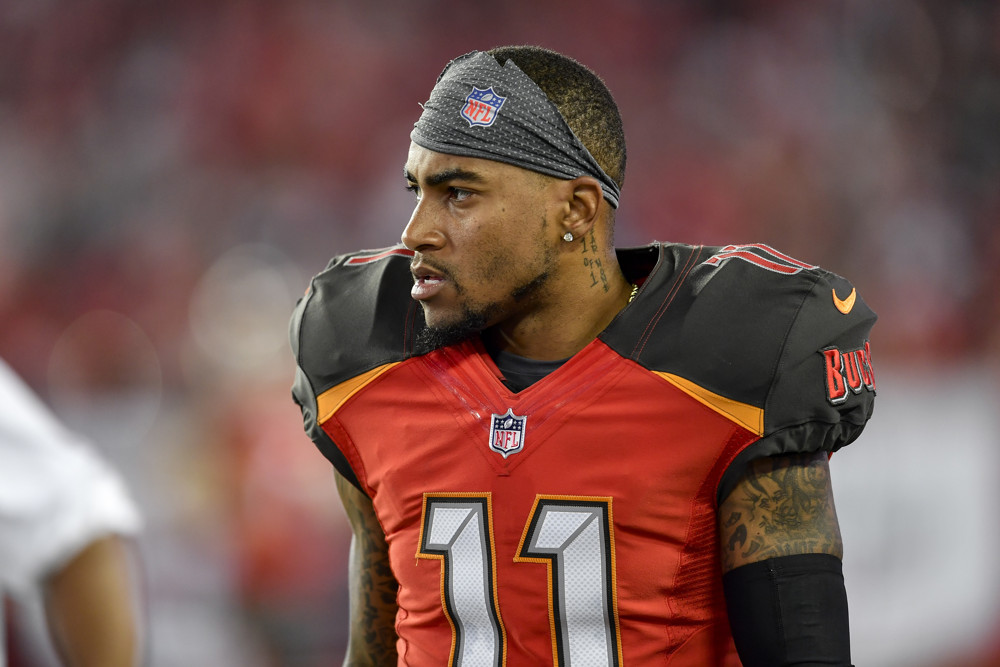 With two weeks remaining in the regular season, minor injuries become season-enders for many players. This week's Injury Update will discuss the notable injuries from this past weekend and what to expect going into the championship week of the fantasy playoffs.

Suffering from a neck injury, the Cardinals placed Adrian Peterson on injured reserve. To make matters worse, his replacement Kerwynn Williams, left Sunday's game with a quad ailment. The severity of his injury is not known, but an absence would mean a larger workload for Elijhaa Penny and DJ Foster.

Antonio Brown left Week 15's game in the first half and was transported to the hospital with a calf injury. Per Adam Schefter, Brown partially tore his calf and is unlikely to play in Week 16. He also reported that the Steelers expect Brown to return for the post-season. Brown looks unlikely to play again during the regular season, but ultimately dogged a bullet with only a partial tear.

Keenan Allen had to be carted to the locker room due to a back injury during the Chargers' Saturday loss. According to the Chargers, Allen is expected to be fine. However, the cart is never a good sign and Keenan should be considered highly questionable for the time being. Practice time will be crucial for Allen this week.

Rex Burkhead appeared to suffer a serious knee injury midway through Sunday's victory. However, an MRI revealed that Burkhead is merely dealing with a sprain. Despite the positive news, Burkhead is expected to miss the remainder of the regular season. Best-case scenario, he will be available at some point in the postseason.

Davante Adams sustained his second concussion of the season on a play, which led to a 1-game suspension for Panther's Thomas Davis. Adams has a history of concussions and may be looking at a trip to injured reserve with the Packers eliminated from playoff contention. A multi-game absence should be expected.

Marqise Lee left Sunday's game in the first quarter with an ankle sprain. Ian Rapoport of NFL Network reported that Lee is expected to return by the playoffs or sooner. Ankle sprains can linger, so it would not be surprising if the Jaguars decide to hold Lee out till the postseason. He appears doubtful for this weekend.

Leonard Fournette missed Week 15's game with a quad contusion and ongoing ankle issues. Fournette has ankle injuries dating back to college and it appears the Jaguars were merely being cautious with their rookie running back. Barring a setback, Fournette should play in Week 16.

Emmanuel Sanders left Thursday night's game with bone bruise in his ankle. Plagued by ankle injures all season, Sanders is not a lock for Week 16. Luckily, Sanders will have extra time to prepare for this week. Practice time will be crucial for Sanders coming into Week 16. He should be viewed as questionable for the time being.

According to coach Anthony Lynn, Hunter Henry suffered a small laceration to his kidney in Saturday's game. Lynn noted that Henry's rest of the year status was up in the air. However, the Chargers made the correct move and placed their second year tight end on injured reserve. He should make a full recovery ahead of the Chargers offseason program.

DeSean Jackson left Monday night early with an ankle injury and did not return. After the game he was spotted in a walking boot and walking on crutches. The nature of the injury is unknown, but Jackson doesn't look like he will play again this season. With the Buccaneer's season lost, it would be wise to shut down their star receiver.

Forced from Sunday's game with a knee injury, Jeremy Maclin missed practice on Monday. Speaking to the media, coach John Harbaugh acknowledged that it would be difficult for Maclin to play in Week 16. With the Ravens playing on Saturday, Maclin will have one less day to get healthy. For now, it looks like Maclin will miss Week 16.

Suffering a concussion on Thursday Night Football in Week 14, Tevin Coleman has yet to resume practicing. He did not appear close to playing, with the Falcons ruling him out early on Saturday. With hurdles still to overcome, Coleman is on the wrong side of questionable coming into the week.

Aaron Rodgers returned for a Packers' must win Week 15 match, only to fall short. Rodgers remarked after the game that he was dealing with soreness from his collarbone injury. With their season lost, the Packers placed Rodgers on injured reserve, ending his season. They will now turn to Brett Hundley, who has been dreadful in relief.