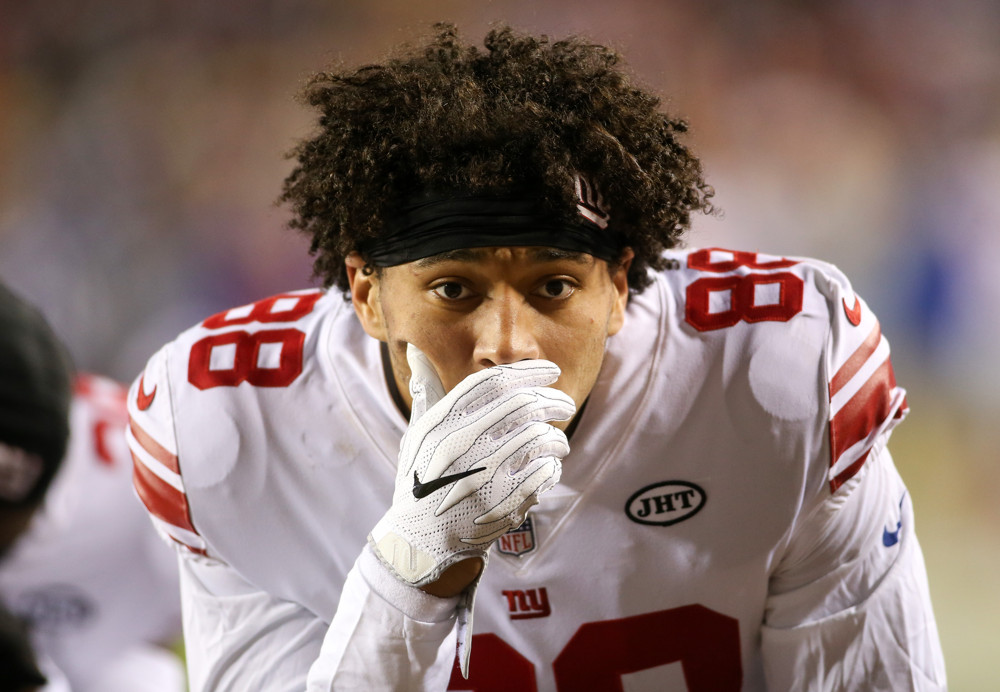 Just like that, the NFL season has reached its finale. This time of year features non-playoff teams shutting down players with minor injuries, and playoff contenders allowing others to play through severe ailments. This week's Injury Update will examine the injury landscape going into the NFL's regular season finale.

Joe Mixon left Cincinnati's game with an ankle injury and could not return. With the Bengals' season lost, Mixon could be shut down for the season finale. Next year, Mixon should open the season as Cincinnati's unquestioned starter, with Giovani Bernard playing a change-of-pace role.

Early in Sunday's game, Evan Engram suffered a rib injury and did not return. The Giants quickly ruled out Engram and he will likely miss the season finale. Engram had the best rookie season for a tight end since Rob Gronkowski entered the league. Even with Eli Manning likely to leave this offseason, Engram will be a strong tight end in 2018.

According to Adam Schefter, DeMarco Murray suffered a third degree MCL tear but wants to play through the injury. While this seems highly unlikely, coach Mike Mularkey said he hoped that Murray could play a limited role in their must-win Week 17 game. Murray is questionable at best and appears likely to miss the Titans' final regular season game. Averaging 3.6 yards per carry, the Titans may choose to let Murray go this offseason.

Sterling Shepard suffered a neck injury late in Sunday's game and could not return. Sterling has a history of migraines, making this neck injury all the more concerning. With the Giants eliminated from playoff contention, they may choose to shut Shepard down. Shepard should play a feature role in New York's receiving corps next season.

Samaje Perine suffered an achilles injury late in Sunday's game but briefly returned. With the Redskins in complete control of the game, the coaching staff decided to be cautious with their rookie running back. It would not be surprising if the Redskins played it cautious next week as well and kept Perine on the sidelines. Perine's 2018 role is unclear with Chris Thompson returning from injury.

Keelan Cole went down with an ankle injury late in Sunday's game. The Jaguars have yet to update Cole's status, making him questionable for Week 17. Jacksonville cannot improve their playoff seed, so they may decide to rest Cole regardless of injury. With an injury riddled receiving corps, the Jaguars need all the healthy bodies they can get come playoff time.

On Monday, coach Anthony Lynn revealed that Melvin Gordon's left foot is in a walking boot, after sustaining an ankle injury late in Sunday's game. Lynn noted that Gordon could play without any practice time, but said his availability would be decided later in the week. For now, Gordon looks legitimately questionable and could come down to a game time decision.

Dealing with his second concussion of the season, Davante Adams did not practice at all last week. The Packers have yet to update, but Adams looks to have played his last snap of the year. Emerging as the Packers' number one receiver, he should continue to play at a high level in 2018.

Despite his inability to practice at all last week, Tampa Bay has yet to place DeSean Jackson on injured reserve. Jackson suffered an ankle sprain in Week 15, but it looks like the Buccaneers are holding out hope he can return this weekend. The Bucs have yet to update his status this week, but it may be wise to hold him out in a meaningless season finale. For the moment, Jackson should be considered doubtful.

After sitting out Week 16 with a knee injury, coach John Harbaugh said that Jeremy Maclin has a chance to play in Week 17. Although Maclin did not practice, the Ravens waited till game time to rule him out. Playing for a playoff berth, Maclin may attempt to gut this one out. For now, consider him questionable.