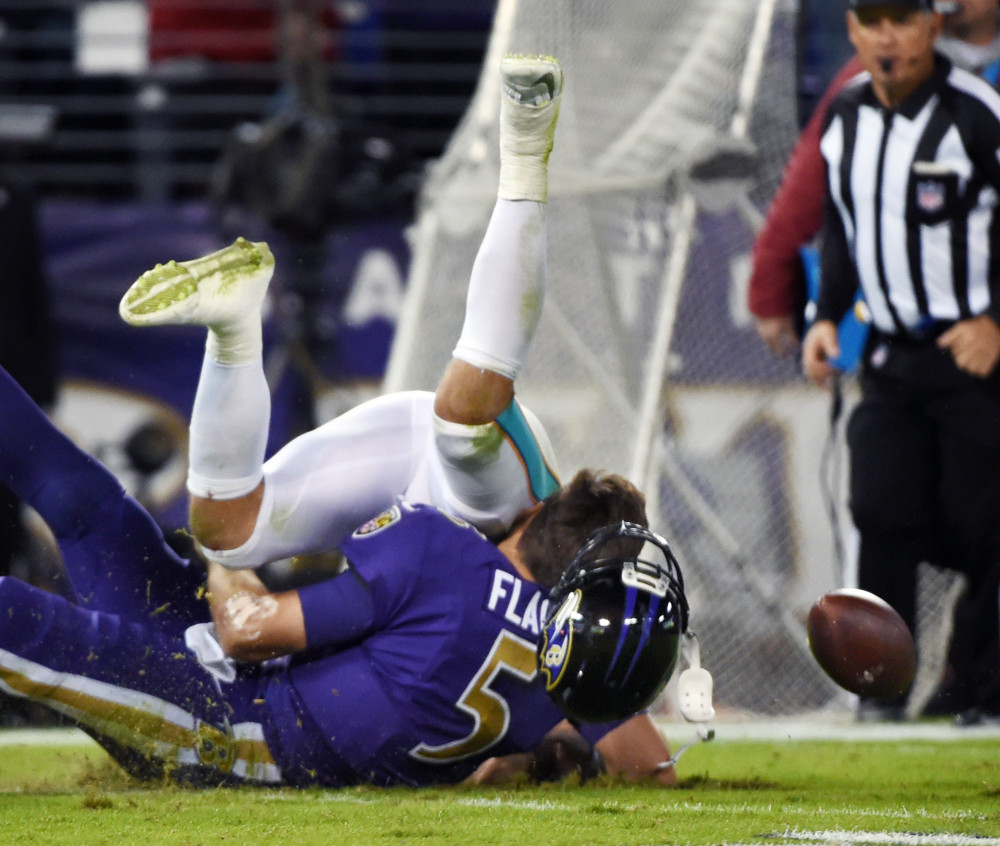 Week 8 started out brutally, with Joe Flacco taking a monster hit on Thursday night and then Zach Miller suffering a potential career ending injury during the noon slate of games. Aside from those gruesome moments, week 8 remained light on injuries. This week's Injury Update will discuss a few fantasy relevant injuries from the weekend and a couple ongoing situations to minitor.

On an overturned catch in the end zone, Zach Miller experienced a gruesome knee dislocation and was rushed to a local hospital in New Orleans. Miller had emergency surgery to repair a torn popliteal artery, per Chris Mortensen of ESPN. Miller was reportedly in danger of losing his leg, but John Fox announced that doctors believe they were able to save his limb. For now, he remains hospitalized, but his season and potentially his career are over.

Jordan Reed came up lame on a route early in Sunday night's game, clutching his hamstring. Reed was unable to return to the game, and coach Jay Gruden noted that he expects Reed to miss week 9. The injury did not appear to be severe, as Reed was spotted walking without a heavy limp after the game. However, Reed should be considered doubtful for week 9 and week-to-week until he returns to practice.

Initially spraining his ankle in week 6, Emmanuel Sanders has now missed Denver's last two games. Sanders appeared to be close to returning after he came in questionable and went through pregame warm-ups. Sanders said after the game that he is a week away from playing. Players are generally optimistic regarding their injuries, but it looks like the Broncos will have Sanders back for week 9.

Initially spraining his ankle in week 5, Parker hopes to finally make his return in week 9. Parker practiced on a limited basis last week, but the Dolphins ultimately took a cautious approach with their young receiver. Per the Miami Herald, Parker is expected to return for week 9. Barring setbacks Parker should finally make it back into fantasy lineups.

Delanie Walker initially suffered an ankle injury late in week 7. Revealed to be a bone bruise, Walker's ability to play depends on his pain tolerance. He was seen on crutches following the week 7 game and failed to practice on Monday. Walker should be viewed as questionable for the time being. A return to limited practice later in the week would be a good sign for Walker's availability.

Jameis Winston initially suffered a sprain to his A/C joint in week 6, but has played each of the last two games. Winston reportedly aggravated the injury in week 7, and looked less than 100 percent in week 8. Coach Dirk Koetter admitted that he considered pulling Winston from their last game. He also noted that Winston's availability will come down to a decision from the medical staff. Winston is highly questionable for week 9

In last week's Thursday night game, Kiko Alonso delivered a crushing blow to Joe Flacco that drove him from the game. The Ravens took precaution and placed Flacco into concussion protocol despite showing zero symptoms. Coach John Harbaugh said on Friday that Flacco has a good chance to play in week 9. Look for Flacco to bounce back and suit up for the Ravens this week.

Initially suffering a broken foot in week 2, Greg Olsen is eligible to start practicing again this week. Olsen had surgery to repair a Jones fracture and was subsequently placed on injured reserve. Olsen reportedly will test his foot on Monday or Tuesday this week and will resume practicing if all goes well. Olsen is eligible to return in week 12 if everything goes well in his rehab.

Chris Hogan injured his shoulder on his final catch of Sunday's game. He immediately went to the locker room and was spotted in a sling following the game. Ian Rapoport of NFL Network reported that Hogan is dealing with an injury similar to Golden Tate and the injury should sideline him for a few weeks. Consider Hogan week-to-week until he picks up practicing again.

Dede Westbrook landed on injured reserve in the preseason after undergoing core muscle surgery. Monday marked Westbrook's first practice since the injury. The rookie appears on track to debut in week 9. A preseason superstar, Westbrook should immediately provide this offense a spark.