Joe Flacco's fantasy value is measured by the players he could be traded for. Our trade analzyer estimates his value at 0 points.

Joe Flacco is projected for 0.0 fantasy points in PPR scoring this week as he faces the New York Giants.

The Eagles and Flacco agreed to a contract Tuesday, Field Yates of ESPN reports.

Analysis: After an 11-year stint with the Ravens, Flacco continues his journeyman status backing up a young quarterback. In his past two stints with the Broncos and Jets, he combined to complete 61.9 percent of his passes for 2,686 yards, 12 touchdowns and eight interceptions in 13 games (12 starts). Flacco will serve as the primary backup to second-year signal-caller Jalen Hurts in Philadelphia.

Quarterback Busts to Avoid in 2020

With the NFL offseason continuing through the COVID pandemic, fantasy draft season has finally arrived. Of all the positions,...
Read more » 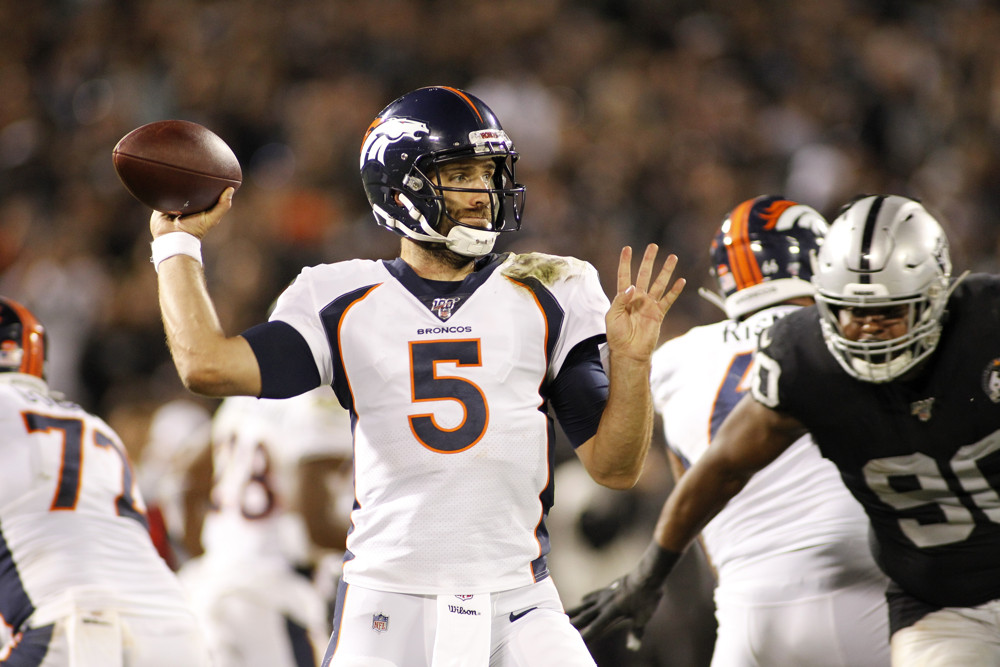 Should I start Joe Flacco?