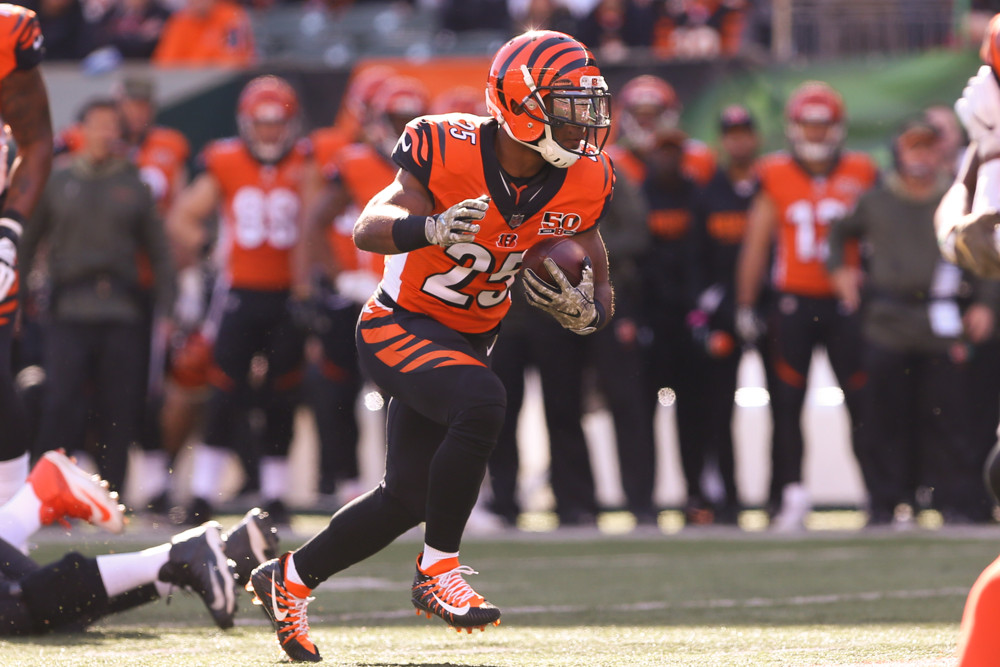 I can't believe the year is done. It's amazing how fast this year has gone. It seems like just last week I was excited to draft and now we are in the final week of the regular season. For most of you, the fantasy season has ended. Fortunately (and somewhat unfortunately) some of us have a Week 17 championship. With some teams sitting their starters, your team may be a little depleted. Here are some players to target for Week 17 if you happen to be in a championship.

If what they say is correct, fantasy owners can thank Bill Belichek for saving Jimmy Garoppolo from a horrible fate in Cleveland. Instead of running for his life, he is sitting on a 4 game winning streak in San Francisco. In Week 16, Garoppolo completed 21 of 30 attempts for 242 yards, 2 touchdowns, and 1 interception. This might not seem that great, but it was against the Jaguars, who have the best passing defense in the NFL. Jimmy has another tough test in Week 17, but if you are in need of a QB that can get it done, Jimmy is your best option.

Gio Bernard stepped up once again with the early departure of Joe Mixon (ankle injury). In Week 16 against the Lions, Bernard rushed 23 times for 116 yards and 1 touchdown. He also caught 7 passes for 52 yards. Gio was the workhorse, and it appears as though he is capable of handling that role. He gets a tougher matchup in Week 17 against Baltimore, but he should be in line for a ton of work since the Ravens' passing defense is the thing to be scared about. He is a solid pickup if you need a flex option or a replacement RB.

The Washington Redskins seem cursed when it comes to running backs in 2017, losing Chris Thompson, Rob Kelley, and most likely Samaje Perine to injury. They are now left with Kapri Bibbs, who rushed 7 times for 26 yards and added 2 receptions for 28 yards in Week 16 against Denver. That's not too bad for starting the game as the backup against one of the top rushing defenses. Bibbs gets the Giants in Week 17, but is more of a speculative add until news comes out of the severity of Perine's injury. If Perine sits, Bibbs should be a workhorse and is a decent flex option based on volume.

Week 16 showed us that the Antonio Gates Philip Rivers connection is still there. Gates caught 6 of 8 targets for 81 yards and 1 touchdown in the first game without Hunter Henry. The Chargers play Oakland in Week 17, who are 28th in points allowed to TEs. Gates is a solid streaming option for fantasy owners who might lose Ertz thanks to teams sitting starters.

Another speculative add, Branden Oliver seems to be the only running back left in Los Angeles. Melvin Gordon exited Week 16 late with an ankle injury (seen in walking boot after game), and Austin Ekeler didn't see any carries thanks to a broken hand. Branden Oliver didn't do much with the opportunity he had, carrying 8 times for 9 yards. If Gordon and Ekeler both sit, Oliver will get a lion's share of the carries against the Oakland Raiders, who are in the middle of the pack in points allowed to running backs. The Chargers are in a must win situation, so Oliver is not a bad option if Gordon sits.

Jameis Winston has been solid since returning from a shoulder injury in Week 13. In Week 16, Winston completed 21 of 27 attempts for 367 yards and 1 touchdown. Unfortunately, his solid day was marred by 3 lost fumbles. Winston will be back at it in Week 17 against the New Orleans Saints, who can better their seeding by winning. This means the Saints should be playing their starters, and Winston will most likely have to throw to keep up. The Saints also were without some key defensive players last week, so Winston will have an easier time if they sit again this week.

The Detroit Defense didn't wow anyone in Week 16, losing to the Cincinnati Bengals in a must win situation. Now that Detroit has been eliminated from the playoffs, they may come out in Week 17 with a vengeance. The Lions get the Green Bay Packers this week, who got shutout at home by the Minnesota Vikings. Detroit can get to the QB, so Hundley (or Callahan) will probably be sacked and hurried all game. Unfortunately this division rivalry matchup doesn't mean anything, so it should be interesting. Detroit is a decent defense to stream this week.

As expected, the Washington Redskins shut down Brock Osweiler and the Denver Broncos in Week 16, only allowing 11 points and forcing 3 turnovers. The Washington defense has come alive the last three weeks, and looks to continue it against the New York Giants. The Giants could be without lead receivers Sterling Shepard and Evan Engram, who both left Week 16 with injuries. Washington is a solid streaming option for your fantasy championship.