Five Running Backs You Need in Your Week 13 Lineup 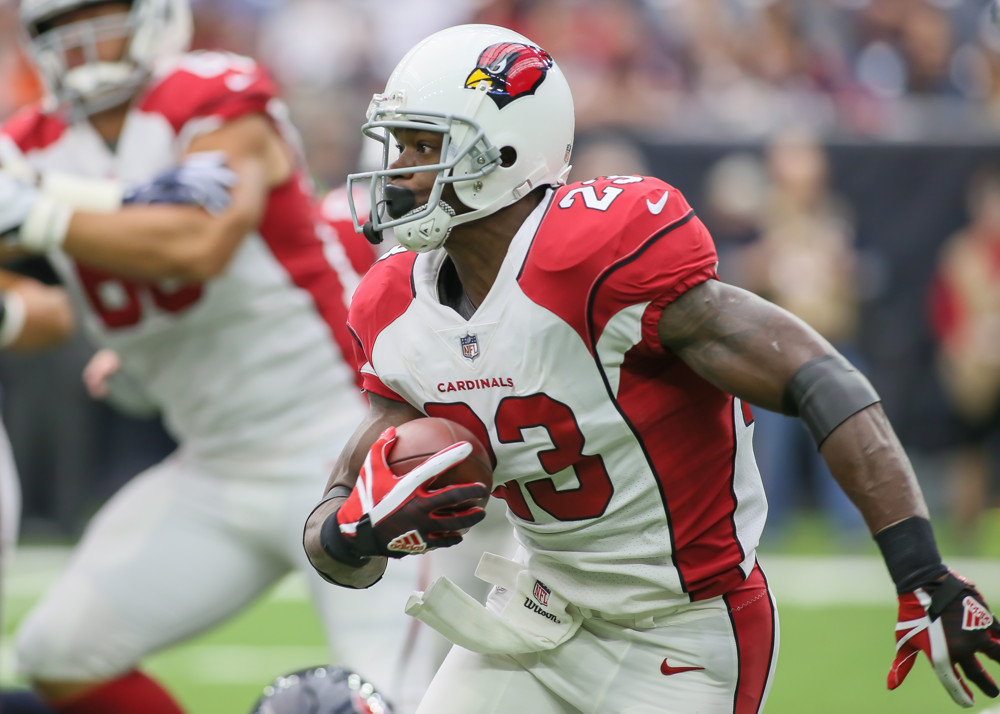 [Editor's note: Peterson is still a game-time decision as of Sunday morning]

What to make of Adrian Peterson at this point? He's now played six games with the Cardinals. Two of the first three were outstanding fantasy efforts, last week was solid, and the other three weeks were duds. It turns out it's all about the matchup. Peterson's two best games came against some of the league's worst run defenses, and two of his three washouts were against top defensive teams. This week he gets the worst defense against RBs in the entire league. The Rams have allowed 13 RB touchdowns, second most in the league, along with the third most rushing yards. Peterson is averaging 23 touches a game in Arizona and is getting involved in the passing game now too with five targets last week a season high. This is a week you definitely want him in your lineup.

With both Ty Montgomery and Aaron Jones out the past couple weeks, Williams has quickly become a productive feature back for the Packers. He's played 85% of the snaps and is averaging over 100 combined yards per game, and he's now had at least 21 touches in three straight games and has started to get very involved in the passing game as well with 11 targets in that span. This week he'll get a leaky Bucs defense that has allowed good games to opposing running backs all season. Williams looks like a must start if the questionable Montgomery and Jones sit out again.

Here we are again with Kenyan Drake, who has been inconsistent and disappointing since the Jay Ajayi trade, but this could be another chance for him to break out with Damien Williams likely sidelined with shoulder issue. Drake has a career 5.1 yards per carry and has produced well with his touches this season he just isn't getting enough of them. He's the only option this week, and he faces a Denver defense that is not as daunting as you think. The Broncos have been the second worst run defense in the league over the past five games, with a whopping nine RB touchdowns allowed in that span to the likes of Corey Clement, James White, Rex Burkhead, and Jalen Richard.

Buffalo has been the worst run defense in the NFL of late, so this should be another solid start for Lewis despite being ranked outside the top 20. Lewis is playing the same number of snaps now that Mike Gillislee got early in the season, and he's had at least 14 touches in five straight games with an average of 78 yards per game during that stretch. He should get to that yardage total or more again, and he's being used some in the receiving and kick return game too. Add in a good chance that he finds the end zone and Lewis should be a top 15 play.

You probably don't need anyone to tell you to start Jordan Howard, but know that he has a chance to be the top RB play of the week against this brutal 49ers run defense. San Francisco has allowed the most rushing attempts and the second most rushing yards to RBs, and they're the worst defense against receiving RBs so Tarik Cohen could be a factor too. Howard is ranked just inside the top ten but looks like a strong DFS play.