Five Week 15 Running Backs to Win Your Playoff Match Up 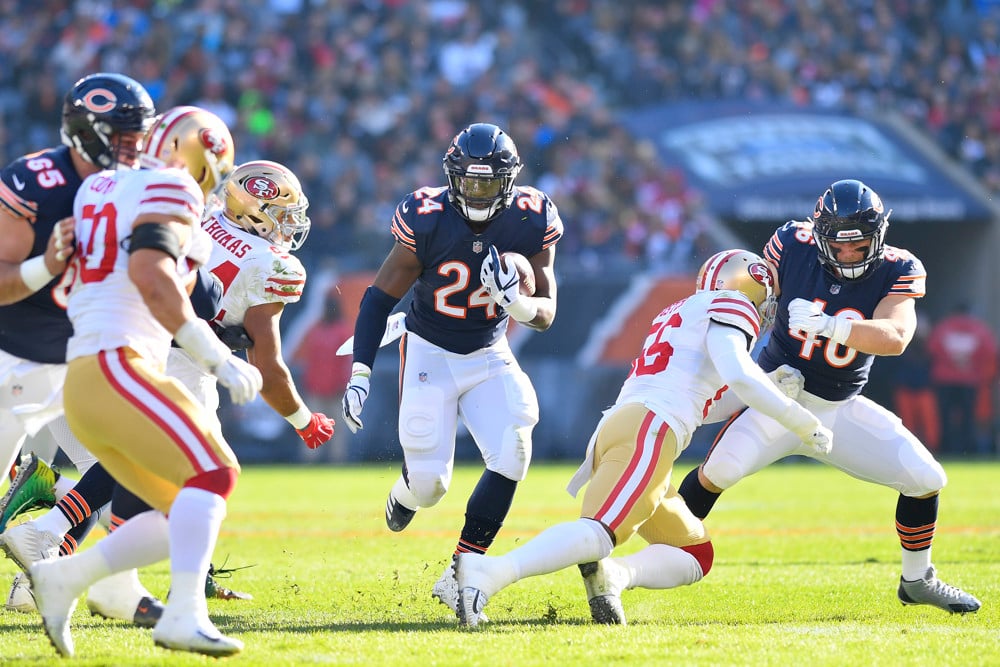 The Kenyan Drake breakout is here, and it is spectacular. Drake has exploded onto the scene over the past two weeks with 56 touches and a whopping 334 yards. He has the second best yards after contact in the NFL and has been heavily involved in the passing game too, finally getting his chance to shine after years as the backup. And now he faces the worst run defense in the NFL. Buffalo has allowed at least 14 PPR points to a running back in five of the last six games, and they've given up 16 running back touchdowns already this season. Keep riding Drake until he proves otherwise. He could be that guy that carries teams to a fantasy title this year.

It's been a really up and down season for Jordan Howard, but this week should be up again. The yardage hasn't always been there for Howard this season but the touches have remained pretty consistent. Howard is averaging 18 carries a game on the season and coming off his best running effort of the season against the Bengals. He just played the Lions a month ago and ran for 125 yards on 15 carries, and Detroit has been one of the worst run defenses in the league with 14 rushing touchdowns allowed. The Bears would love to end the Lions season, and they'll need Howard to do it.

The Bengals have been the second worst run defense in the NFL over the past five games, giving up a series of monster games to opponents. DeMarco Murray, Jordan Howard, and LeVeon Bell all scored at least 28 points during that stretch, and the lead RB against the Bengals is averaging 22 PPR points per game over these five games. Murray is a situational back, a guy who gets more work when the Vikings are ahead and running out the clock. At home against the Bengals and with the NFC 1-seed firmly in their sights, that should be the case this week. Murray averaged 16.5 carries with five touchdowns during the Vikings eight game win streak. He should produce again.

Freeman hasn't been particularly reliable this season after struggling with injuries much of the year, but he needs to be in lineups this week. Tampa has allowed 15 running back touchdowns, second most in the league, and Freeman should be in line for a lot of work on Monday night. He had 24 carries for 91 yards and a touchdown against the Saints last week and has had 11 days to rest up since. He should be fully healthy and ready for a big game.

If you're looking for a deeper play, Derrick Henry might be your guy. The 49ers have had one of the worst run defenses in the league for years, and Henry is slowly starting to make his mark for the Titans. Like Latavius Murray above, he's a situational play, a guy Tennessee uses to pound the rock and run the clock out in wins. Henry averages 13 carries and 77 yards in Titans wins, and all five of his double digit PPR point games this year have come in wins. The Titans need a W against a poor 49ers team so this should be another good Henry week.