Flex or Bust: 5 Wide Receivers to Target in Week 9 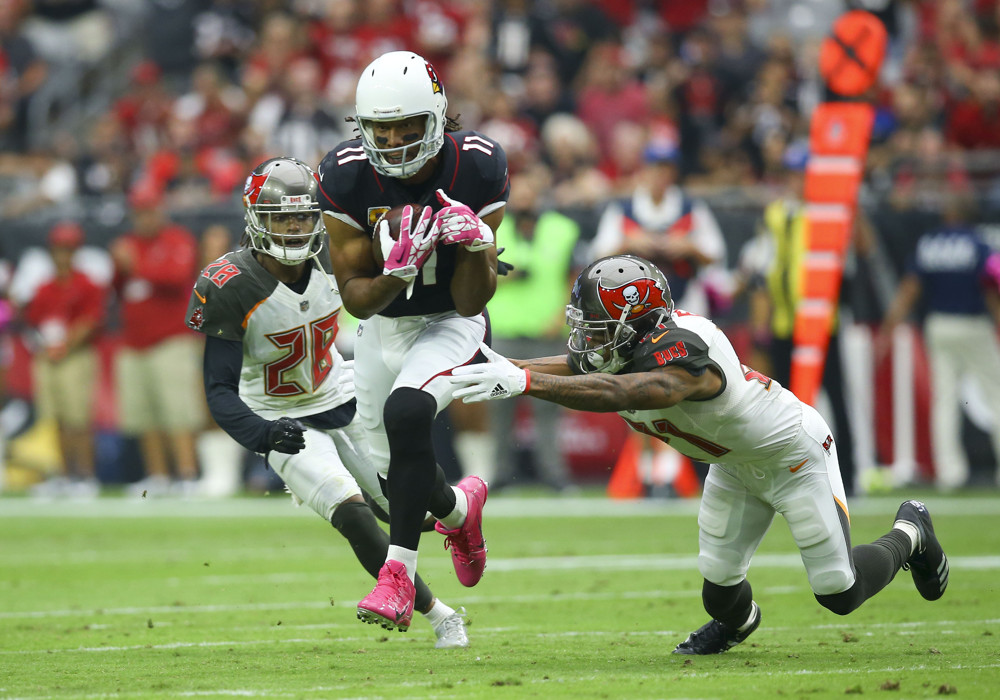 Week 9 has some exciting games to look forward to in regards to wide receiver matchups. Instead of focusing on stud players with good matchups, this week we are focusing on some players that you may be on the fence about starting, but have plenty of Flex appeal in Week 9.

Ted Ginn Jr had a relatively quiet day against the Bears in Week 8, but then again so did all of the Saints' passing offense. Ginn has had some good games, but is generally seen as a boom-bust option. In Week 9, Ginn gets probably one of the juiciest matchups for a WR: the Tampa Bay Buccaneers. Currently, the Bucs rank dead last in points allowed to WRs. The defense is beat up and just plain bad this season. This game is also in New Orleans, so Brees should have a solid outing. With Jameis Winston having to throw a lot against a middling pass defense, this game could quickly become a shootout. Ginn should see a few deep balls thrown his way.

Will Fuller Houston Texans (vs IND)

Will Fuller has now caught 7 touchdownsin 4 games. Last week he caught 2 on his way to a 5 catch, 125 yard day. Deshaun Watson has been lights out, and it looks like it's going to continue in Week 9 against the Indianapolis Colts. The Colts rank 27th in points allowed to WR, so Fuller has a very good chance to at least catch another touchdown or 2. This game will most likely be a blowout, but Fuller should see some targets come his way before the game becomes too out of hand.

This one may be an interesting pick this week, but Larry Fitzgerald has been known to be the beneficiary of many Drew Stanton targets. Coming off the bye, Fitzgerald and the Cardinals travel to San Francisco to take on the 20th ranked defense in points allowed to WR. Fitzgerald might not get a ton of quality targets, but he should get a ton of targets regardless. In PPR, that is often worth a start.

Another player coming off the bye, Davante Adams hopes to have built up some chemistry with backup QB Brett Hundley. In two games with Hundley, Adams has been targeted 15 times. Most likely Jordy Nelson will be covered by Darius Slay, giving Adams an opportunity to shine in this divisional matchup. The Lions currently rank 26th in points allowed to WRs, so Hundley should have a little bit better of a time with an extra week of practice. If the Lions jump ahead early, Green Bay will be forced to throw to catch up. This is a make it or break it type of week for the Packers.

Emmanuel Sanders didn't play in Week 8 against the Chiefs, but looks to be on track to come back for a matchup with the Philadelphia Eagles in Week 9. When Sanders was healthy, he was targeted on average 8 times a game, so we know Siemian likes to throw to him. The Eagles have the 23rd ranked defense in points allowed to WR. High powered offense plus poor passing defense means a shootout potential in this one. If Osweiler can get going, Sanders should be a beneficiary to a high passing game, even if it's because the Broncos are playing catch-up.