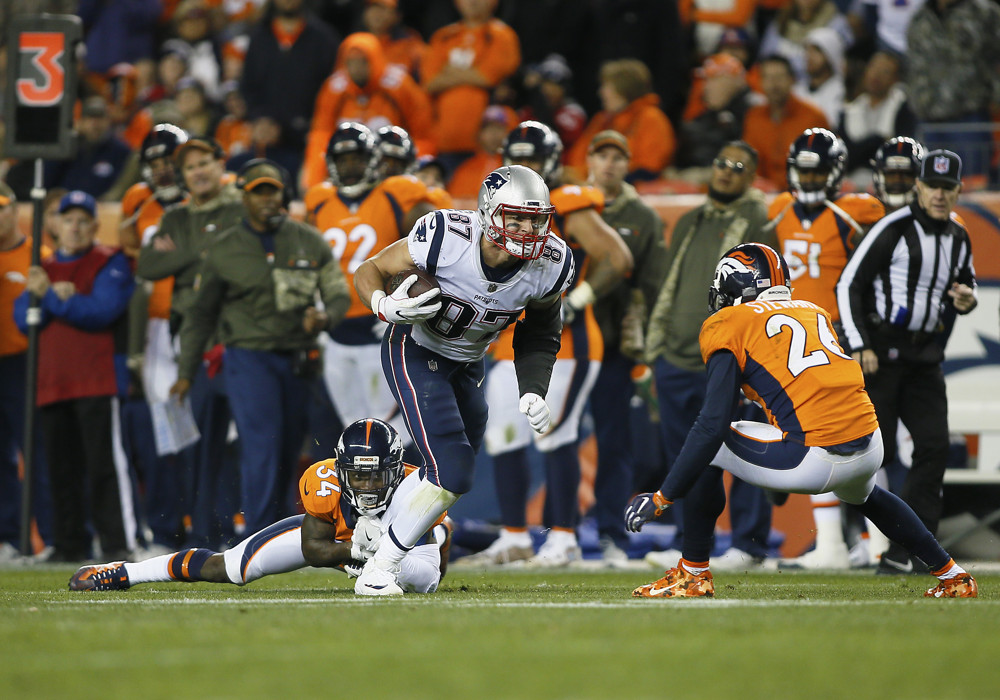 Travis Kelce has been red hot with 22 catches in his last 3 games and 3 touchdowns in his last 4 games. With Alex Smith coming back to Earth, he's consistently looked for his most trusted target in Kelce. That trend will continue against a struggling Bills team whose defense has given up 34, 47, and 42 points in their last 3 contests. The Bill's will be missing Jordan Poyer, an important cog in their pass defense, and the lack of a Bills offense will allow Kansas City ample opportunities with the ball. Kelce is in line for a huge day.

The Patriots have so many weapons, that it's tough to predict who will be benefiting week in and week out. Last week looked like prime Gronk time, but he only saw three targets as the Patriots used their wide receivers to expose Oakland. However, this week looks like a much more Rob-centric game plan against a Dolphins defense that has allowed the 5th most fantasy points to tight ends. Expect a jump in targets, receptions, and a high chance of touchdown.

Seattle now boasts the third best passing attack in the league, and Jimmy Graham has found great success with the Seahawks' pass first approach. He has 28 targets over his last 3 games, and 7 touchdowns in his last 6 games. In fact, he leads all pass catchers in red zone targets with 22, 5 more than Davante Adams. San Francisco has been excellent at defending tight ends, but Graham's current connection with Russel Wilson makes it more likely than not that he finds the end zone. Start him with confidence even in a tough matchup.

Zach Ertz, one of the top options at tight end, is a bit of a question mark heading into week 12. He's nursing a hamstring injury, was a non-factor in the Eagles last game against Dallas, and is one of many options for the Eagles potent offense. These factors, and a tough match up against a Bears defense that has been good against tight ends, makes Ertz a more risky choice than he has been all season. That being said, he's still a good bet to find the end zone, and at a shallow position, offers more upside than most. Trust in Carson Wentz and the Philadelphia offense to deliver another good day for Ertz.