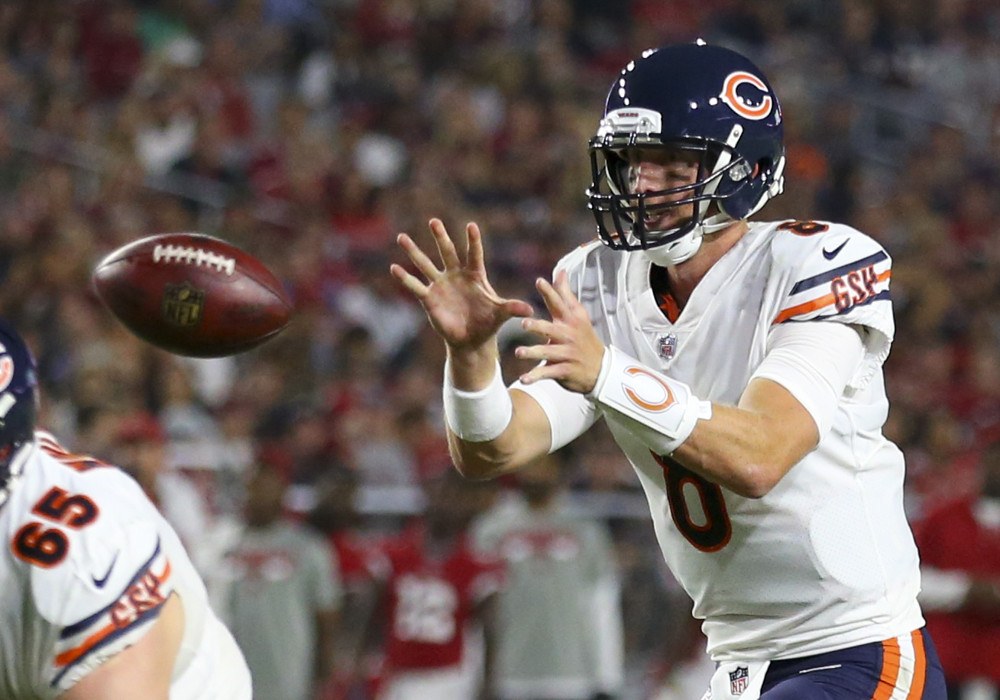 Football is here again! Chicago Bears fans are excited for Mitchell Trubisky to take the reins at quarterback, but Mike Glennon isn’t ready to give the job up just yet. Atlanta Falcons fans are just excited to put up some points and move on from the Super Bowl loss. Let’s take a look at the top fantasy performers…

Chicago had an above average pass defense last year, but this is the first chance Atlanta’s had in eight months to get that nasty Super Bowl taste out of their mouths. Matt Ryan spent all offseason hearing about how he didn’t deserve the MVP and how the Falcons blew it. He’s ready.

The Bears allowed the 12th most points to running backs last fall, most of it on the ground. Freeman should get plenty of carries and make you feel good about your first round investment.

You probably drafted Coleman as a high-upside flex play, and this is a good week to play him if you’re picking between a few options. Atlanta should run the ball plenty in the second half protecting a lead (if they’ve learned how to do that since February) so Coleman should see garbage time carries.

Much like just about every other team in the world, Chicago has no one to guard Julio Jones. The Bears allowed fewer than average points to receivers last year, so this may not be the week to go all-in on Jones in DFS but he’ll eat.

Hooper was a sexy sleeper pick at tight end late in drafts, but the Bears allowed the seventh fewest yards to tight ends last year so this is not the week to roll out Hooper just yet.

Glennon could actually be a useful option in 2QB leagues this week. Atlanta allowed more fantasy points to quarterbacks than anyone last year, an average of 280 yards and 2 TDs a week, and Glennon should be throwing a lot.

Atlanta was in the top ten in most points allowed to RBs in 2016 and gave up the most receptions. Howard is Mr. Everything for the Bears and should get all sorts of touches.

If Glennon is going to be a decent play, he’ll have to throw to someone. Kendall Wright ran the most routes after the Cam Meredith injury and is the surest receiver on the team. He’s worth a dart throw.

Bears fans are forever waiting for Kevin White to breakout. He’ll certainly have his opportunity this year, but you should wait to see it first.

Atlanta was seventh worst against tight ends last year, and Sims seems to have overtaken Zach Miller in Chicago. He could get into the endzone.