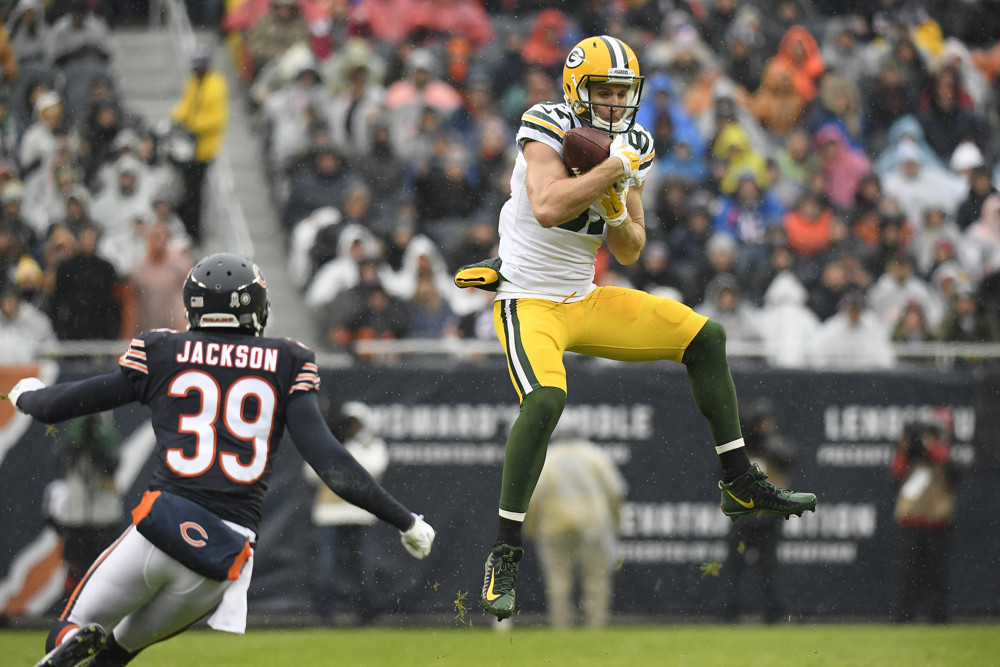 Some of you may just be starting your playoff journey, while others are continuing it on their path to championship glory. No matter where you are or what you are playing for, there are always decisions to be made on what player you are going to start. Hopefully this article can help you a bit as we look at 5 Wide Receivers to target for Week 15.

Jordy Nelson owners rejoice! Aaron Rodgers has returned! Since Week 6 Nelson has all but disappeared off fantasy radars thanks to backup Brett Hundley. His highest yardage came against Detroit in Week 9 with 35 yards. In the time since Rodgers' injury Nelson has not scored a touchdown. In the 5 weeks with Rodgers, Nelson had 6 touchdowns and 28 targets. Look for those numbers to return this week against the Carolina Panthers. The Panthers currently rank 25th in points allowed to WRs, so the Rodgers-Nelson connection should be full swing.

Philip Rivers and Keenan Allen have both been incredibly hot as of late, and look for that to continue against a hapless Kansas City passing defense. Last week against Washington, Keenan Allen caught 6 passes for 111 yards, even with going up against Josh Norman. The Chiefs are currently ranked 31st overall in points allowed to WRs, so the Chargers will air it out early and often in this one.

Moving back to a game previously mentioned, Devin Funchess gets a juicy matchup against a Packers' defense that has been beat up as of late. In Week 14 against the Vikings, Funchess had a relatively quiet week, catching 3 of 7 targets for 59 yards and 1 touchdown. Not bad for being covered by Xavier Rhodes. Funchess is still the main receiver for Cam Newton, and this week he gets the 28th overall defense in points allowed to WRs. Funchess is a solid play in what could turn out to be a shootout with the return of a very angry Aaron Rodgers.

Juju Smith-Schuster is coming off his 1 week suspension by being rewarded with one of the best matchups a WR can have. The Patriots have been better as of late on defense, but last week they gave up 3 touchdowns to the Dolphins. The Patriots are known to completely nullify the opposing team's best player, so their defense probably will look to shut down Antonio Brown and/or Leveon Bell any way they can. That means that Ben Roethlisberger will have to look elsewhere (cough Juju cough). The Patriots currently rank 30th in points allowed to WRs. Combine that to the fact that this is a Pittsburgh home game and that Pittsburgh defense is allowing a lot of points lately (so Ben will have to throw a lot), this game could be a huge game for Smith-Schuster.

Marquise Goodwin can't seem to catch a break. He has now lost his father and his infant son in the same month. If he plays in Week 15, he will have one of the better matchups this week: The Tennessee Titans. Goodwin has been electric as of late, mostly because he has become Jimmy Garappolo's favorite target. In Week 14 against Houston, Goodwin was targeted 12 times, catching 6 of them for 106 yards. The Titans currently rank 22nd in points allowed to WRs, so Goodwin should have plenty of opportunity for decent targets.