Top Running Back Handcuffs for 2020 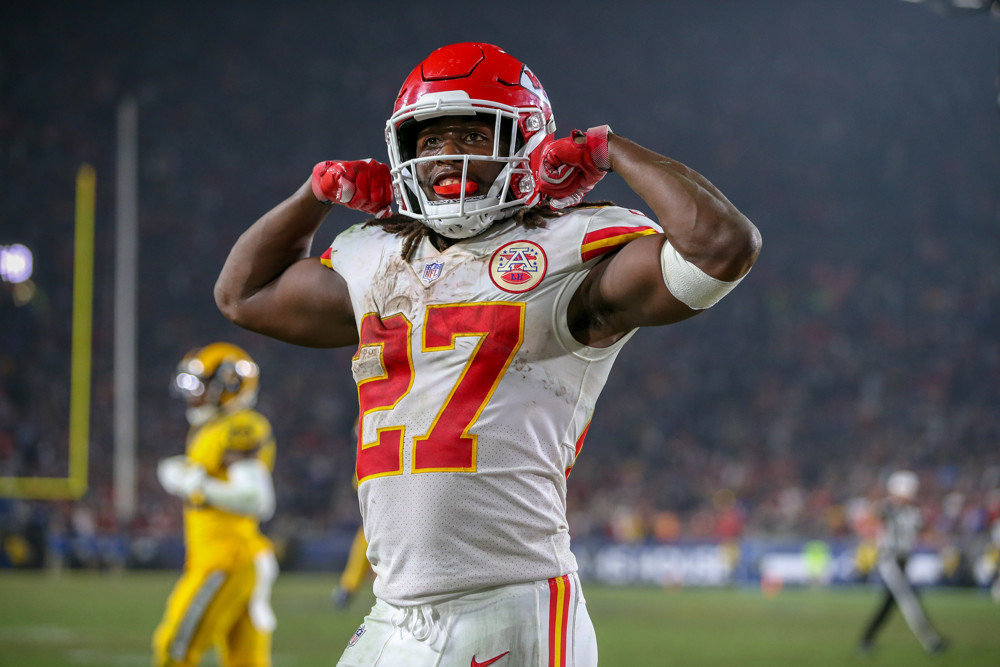 Running back injuries are always a part of the fantasy season, and your team will live or die on the health of your players.  But you can mitigate that risk by drafting the proper handcuffs.  Now there are several strategies, and it all depends on how much risk you want to take.  You could go the safest route and just draft the handcuffs for your starters.  You basically guarantee you have a starting running back regardless of who is playing.

Or you can be that fantasy guy that tries to snipe the most intriguing handcuffs away from your opponents.  Now be warned, I have personally tried this strategy and drafted as many top handcuffs as possible, figuring I would get lucky with a starter missing time, or that I could use them as trade bait for the other owners.  Neither of those things happened, and I ended up with a bunch of bench players I couldn’t use and had to eventually drop.

However, if you get lucky, you could easily run away with your league title if you pick the right handcuffs.  Let’s take a look at some of the best Running Back handcuffs going into the 2020 season.

The ADPs come from our current PPR ADP .

Starting with one of the most “expensive” handcuffs, Kareem Hunt sits firmly at the top of the list of coveted handcuffs going into the 2020 season.  Hunt was a fantasy star his rookie season and looked to continue it until he got into legal trouble that seemed to derail his young NFL career.  The Browns have given him another shot, although he currently is behind Nick Chubb on the depth charts.  Last year he only rushed 43 times for 179 yards, however, he did catch 37 passes for 285 yards.

Hunt should be utilized more this upcoming season, especially since the Browns like to rush (Chubb had 298 rush attempts last year).  Hunt is currently being drafted in the 5th round, which makes him the most expensive handcuff on this list.  If Chubb does get injured, however, Hunt could easily be a league winner.  His legal issues are really the only thing that held him back.

Alexander Mattison was the most hyped handcuff in 2019 preseason, but if you drafted him, you were probably disappointed.  Dalvin Cook ran the ball a ton but beat the odds by staying healthy (which is good of course) for a majority of the season.

The Vikings are a run-first team, and that is proven by the 350 rush attempts between the two RBs.  Mattison rushed 100 times for 462 yards, and Cook rushed the ball 250 times for over 1000 yards.  Unfortunately, that is not enough to even consider starting Mattison as a 1b type of running back.  This year could be more of the same.  You either must hope the Vikings run a 2-back offense or that Cook gets injured.

Mattison is currently drafted at the end of the 8th round, so he is still a pretty high draft capital for a guy who might not see a ton of work.  As I said with Hunt though, if Mattison gets the opportunity, he could be a league-winning type of player.

Latavius Murray was another hyped-up handcuff last season once it was known that he would be backing up Alvin Kamara in New Orleans.  Well, we are going to keep him on this list, because he did show great handcuff potential after rushing 146 times for 637 yards and 5 touchdowns.  He also caught 34 passes for 235 yards.

Kamara has been a bit injury-prone, whether it was concussions or ankle/knee problems that held him out of games.  Murray has been a solid handcuff throughout his career with the Vikings and Saints, so look for him to have another solid year in 2020.  He should get the most work out of the backs we have listed so far and will take over the backfield if Kamara does miss time.

Murray is being drafted in the 9th round as of now.

Melvin Gordon has finally moved on, leaving only Austin Ekeler and Justin Jackson in the backfield for the Chargers.  Now Jackson has had his opportunities in the past and unfortunately done very little with them.  Yet the Chargers continue to try and utilize him as much as possible, so they must see something in the young back.

Jackson only rushed 29 times last season, but that’s mostly due to Ekeler exploding out of the gate and the return of Gordon earlier in the season.  This year will be a bit different, especially since dump-off king QB Phillip Rivers has moved on.  The Charger offense will have to adjust to a new QB and maybe a new system, so Jackson may see an uptick in carries regardless of whether he is starting or not.  Ekeler gets used a ton, so it also wouldn’t be a surprise if he were to miss some time.

Jackson is a bit of a boring handcuff, but he comes much cheaper in the 11th round.  If you take Ekeler, you may want to grab Jackson just in case.

The two-year backup to David Johnson will now sit behind the newcomer, Kenyan Drake.  However, Chase Edmonds showed a ton of upside when Johnson went down with an injury in 2019…before going down with an injury himself.  Edmonds rushed 60 times for 303 yards and 4 touchdowns, as well as catching 12 passes for 105 yards and an additional touchdown.

Drake never amounted to anything in Miami, but that could be a product of coaching/scheme because he lit up the NFL in his short stint in Arizona.  Still, Edmonds is a solid handcuff on a team that should be a complete 180 to how it performed last season.  QB Kyler Murray could have a massive fantasy season, especially with the addition of DeAndre Hopkins.  The defense will have to respect the passing game more, which should open up the run game.

Now Edmonds probably isn’t worth owning unless you own Drake, but if you have a roster spot open, grab him in the 10th round and hope he gets his shot.  Or use him as trade bait.