Kenneth Dixon's fantasy value is measured by the players he could be traded for. Our trade analzyer estimates his value at 0 points.

Kenneth Dixon is projected for 0.0 fantasy points in PPR scoring this week as he faces the New York Jets.

Dixon was waived by the Jets on Wednesday, Manish Mehta of the New York Daily News reports.

Analysis: The 26-year-old running back was a fourth-round pick for the Ravens back in 2016, and while he's been the subject of fantasy-football hype on a few different occasions, injuries have been the major theme of Dixon's pro career. He's unlikely to land on an NFL roster for Week 1, though he appears to be healthy at the moment. 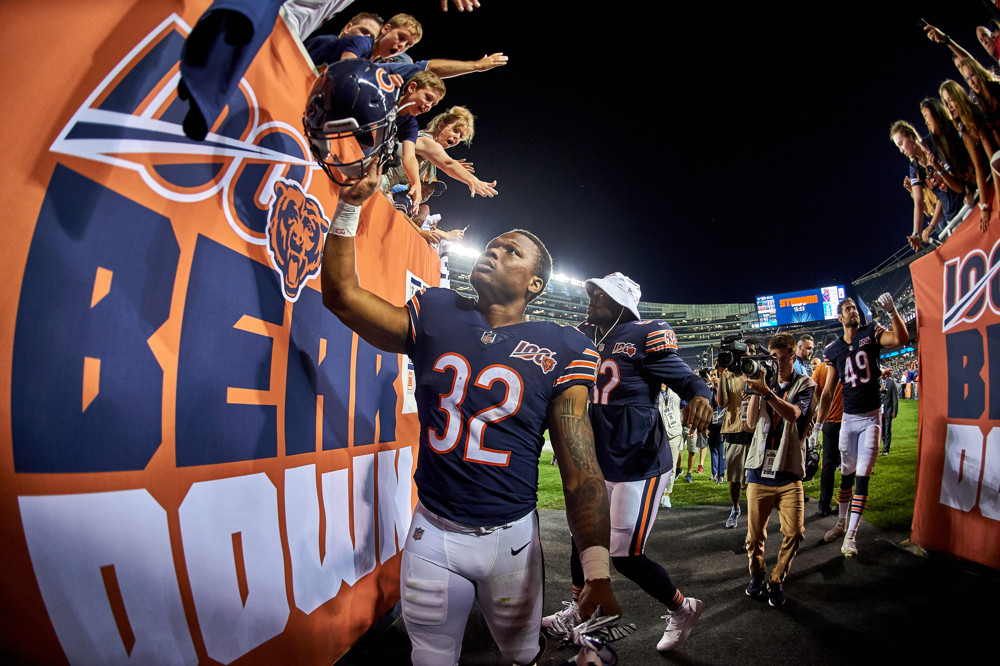 This past Saturday was cut day in the NFL and with that there were some winners and losers in fantasy football. Some were much bigger...
Read more »

Should I start Kenneth Dixon?

Born on  January 21, 1994 in El Dorado, Arkansas, Kenneth Dixon has been a football player since his days at Strong High School. During his senior year, in 2011, Dixon set a state record with 39 touchdowns and 3,156 yards in runs. The state of Arkansas named him Mr. Football as a result of his success. Though he was a rookie during his high school career he went on to become Arkansas's eighth best football player.

Kenneth Dixon went on to play football for Louisiana Tech University after turning down the chance to attend LSU and Arkansas State University. During his freshman year of college in 2012 he set an NCAA record for freshman players by scoring 28 touchdowns, 27 of which were rushing touchdowns. His sophomore year saw Dixon scoring four touchdowns, 151 carries and running 917 yards. The next year he went on to become the University's rushing yards all-time leader. In his senior year of college he scored 19 touchdowns and ran 1,070 yards. For highlights of his college football career, click here. As one of the university's more successful football players, Dixon ran a record 4,480 yards and scored 72 touchdowns over the course of 47 college games.

In the 2016 NFL draft, he was chosen 134th in the fourth round of picks to play for the Baltimore Ravens. He went on to play as the number two Running back for the team. As a Ravens player he achieved a single touchdown with 30 catches over 162 yards and two touchdowns with 382 yards run. His NFL draft profile can be viewed here.

In May of 2016 Dixon signed a contract for a salary of $2.723 million to play for the Ravens through 2020. As a rookie running back, he was tasked with a huge responsibility for the season, in order to keep the Raven's track record in tact. His 2016 season can be summed up by this video. Raven's Head Coach John Harbaugh expressed his desire to see Dixon spend more time on the field during NFL games. This was partly due to the fact that the running back had to sit out of the season's first four games after suffering a knee injury. Improvements in his pass protection would result in him getting an increased amount of time on the field. With a  vertical combine of 40 time compared to other players, Dixon has already become a star in his own right. He started building his stardom during preseason games when he had 22 carries with an average of 4.9 yards. Dixon is ready and waiting to be given more responsibility on behalf of the entire team.

Raised in a faith-based household, Dixon was fishing and hunting with his father by the time he was seven years old. As he grew up and discovered his love of football, it quickly became his passion. He proudly played the game for his high school to help give back to the hometown he loves. His inspiration to succeed came from the support of his family in terms of him becoming a professional football player. Though he's not on Twitter or Instagram fans can purchase a replica of his jersey here.