Laviska Shenault Jr.'s fantasy value is measured by the players he could be traded for. Our trade analzyer estimates his value at 0 points.

Laviska Shenault Jr. is projected for 5.7 fantasy points in PPR scoring this week as he faces the Washington Redskins.

Shenault recorded five receptions on seven targets for 62 yards in Sunday's 26-11 win over the Colts.

Analysis: Shenault finished second on the team in targets, receptions and yards, and he was out-produced on the team by only Marvin Jones. As could be expected, Shenault worked primarily in the short areas of the field and relied heavily on yardage after the catch for his production. The end result was Shenault's best performance since Week 4. Despite the season ending on a positive note, there's no denying that his season was a big disappointment for Shenault, as he failed to find the end zone and had minimal improvement over his rookie campaign from a statistical standpoint. 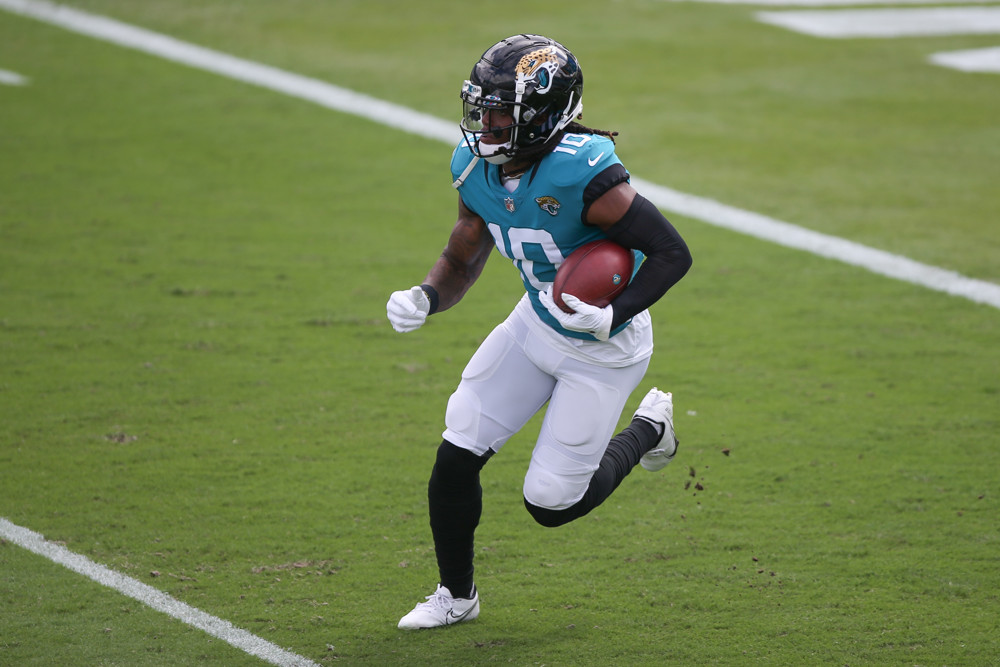 The Wide Receiver position is easily the deepest position in fantasy, which means you can find some pretty good receivers much later in...
Read more »

Should I start Laviska Shenault Jr.?