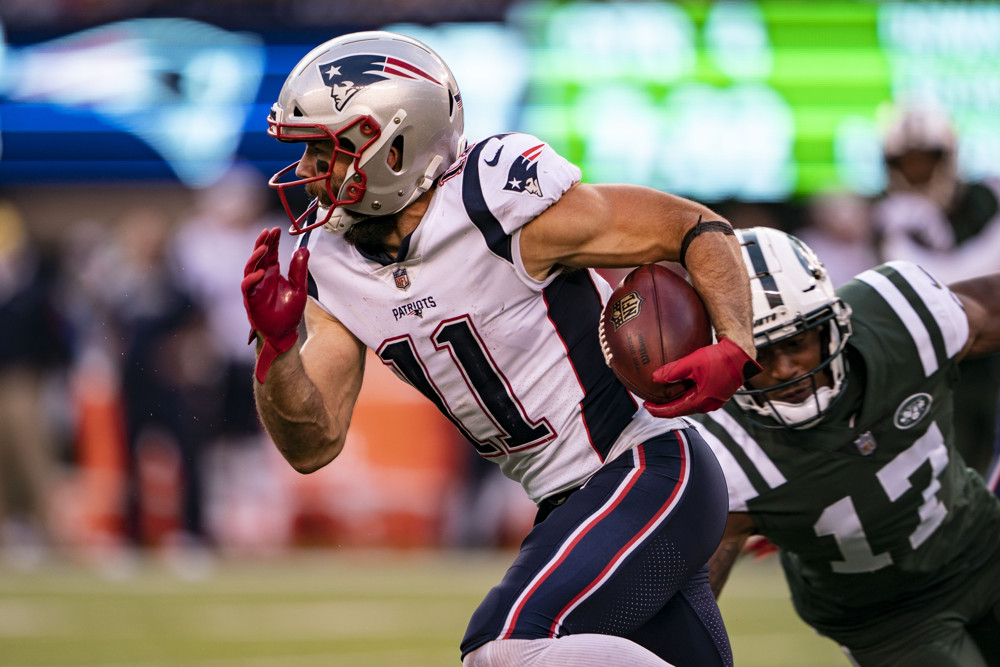 Week 15 in the NFL season marks the beginning of Saturday contests, reducing the player pool on the DraftKings' main slate. Losing the Chiefs, Chargers, and Rams, among others, this week's slate appears tight at first glance. However, with most teams still competitive, this week should include its fair share of offensive fireworks. Here are this week's standout plays on the DraftKings' main slate.

With as stable of a floor as they come, Lamar Jackson has at least 16.5 fantasy points in each of his starts. In this span, Jackson has averaged 22.25 pass attempts and 16.5 rushing attempts per game, giving him one of the highest floors in fantasy. Tampa Bay has also allowed the fifth-most passing yards this season (3,708), putting Jackson in play for cash games.

Outside of Saquon Barkley and Ezekiel Elliott, Dalvin Cook provides immense upside at a fraction of the price. Last week he played 84% of the Vikings' snaps, handling 18 touches and 7 targets. Firing their offensive coordinator on Monday, the Vikings should look to establish the run against a Miami Dolphins team that has allowed the fourth-most yards to opposing backs (1,478). Cook standouts out in GPPs, where he should go low owned.

Despite their recent collapse, the Bengals showed a commitment to Joe Mixon, giving him 31 touches and 6 targets last week. This week, Mixon draws a Raiders' team that has allowed the second-most rushing yards to backs (1,598). A surprising 2.5-point home favorite, game script favors Mixon and the running game, putting him in play for cash games.

Averaging 9 targets per game, Julian Edelman has led the Patriots in targets since returning from suspension. Drawing the Steelers this week, Edelman's matchup looks inviting after Pittsburgh allowed the second-most yards to receivers over the last two weeks (427). Edelman runs a majority of his routes from the slot, where Keenan Allen dusted this secondary for 148 receiving yards. Edelman makes an underrated cash game play this week.

With Pierre Garcon landing on Injured Reserve and Marquise Goodwin relegated to a complimentary role, Dante Pettis has stepped in as the 49ers' number two receiving threat behind George Kittle. Averaging 7 targets per game in his last three contests, Pettis draws a Seattle secondary that has allowed the sixth-most yards to receivers over the past four games (739), including 129 yards to Pettis himself in Week 12. Still priced near the bottom of receivers, Pettis makes a solid cash and GPP play.

Looking at bargain bin receivers, Taywan Taylor stands out as the Titans' number two pass catcher. Taylor finally out-snapped Tajae Sharpe 68% to 33% and has led the Titans in targets (12) and air yards (239) over the past two weeks. The Giants have played middling defense against receivers, but Taylor's role change and price keep him in play for GPPs.

With many of the league's top tight ends off the main slate, dropping down to Blake Jarwin at a bargain bin price could prove fruitful. Jarwin held the edge over teammate Dalton Schultz last week in snaps (58% to 46%), targets (6-3), and routes run (38-19). Indianapolis has allowed the third-most receiving yards to tight ends this season (949), putting Jarwin firmly in play for GPPs as a salary saver.