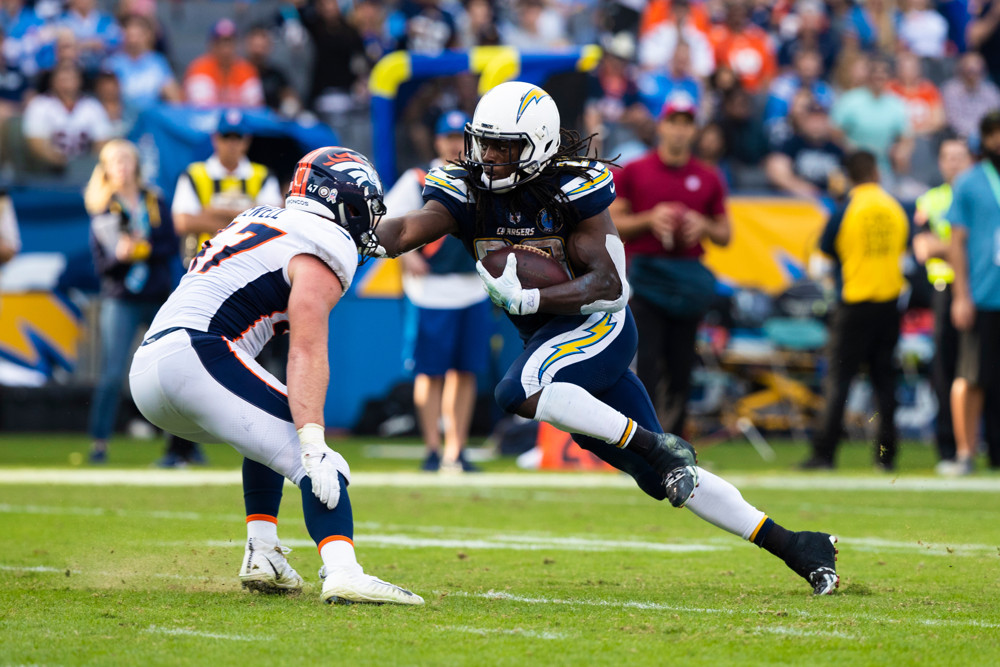 Following a relatively light week of injuries, some of this week's biggest storylines regard the availability of players sidelined with multi-week issues. With the playoffs looming, teams with post-season hopes often push their guys to go in these situations, while non-contenders often send players to injured reserve. With that said, here are a few updates on this week's notable injuries.

After missing the past few weeks with an MCL issues, Adam Schefter reports that the Chargers tentatively expect Melvin Gordon to return this week. Gordon practiced in full on Tuesday and said himself that he is healthy enough to play. Gordon noted that he is not yet 100%, but he will still suit up by all accounts.

Missing the last two games with a sprained ankle, James Conner looks likely to return this week, according to Ian Rapoport. Conner returned to limited practice last Friday, but ultimately could not get the green light for Week 15. A few more limited practices this week should put Conner on track to play this week.

Coming as a surprise, Odell Beckham missed the Giants' last two games due to a quad injury. Speaking Monday, coach Pat Shurmur said Beckham's quad has gotten better and the Giants' do not plan to shut him down this season. The Giants have been eliminated from the playoffs, so they still may decide to play it cautious with their star receiver. For now, Beckham looks legitimately questionable.

Leaving Thursday's game early and unable to return, Keenan Allen reportedly suffered a hip pointer injury. According to Adam Schefter, Allen did not sustain any structural damage to the hip, but his status remains week-to-week. Coach Anthony Lynn said that Allen could come into this important contest as a game time decision. Allen looks legitimately questionable.

After taking over as the Packers' number one back, a sprained MCL forced Aaron Jones from the Packers' Week 15 tilt against the Chicago Bears. The Packers subsequently placed Jones on Injured Reserve with only two more games in a lost season. These injuries typically take a few weeks to heal, putting Jones on track for offseason activities.

Also landing a sprained MCL, Tyler Boyd reportedly dodged a bullet. According to Ian Rapoport, Boyd's sprain is low grade. However, any sort of knee sprain usually takes a few weeks to heal. With the Bengals eliminated from the playoffs, Boyd's season could be over. For the moment, he looks like a long shot to play in Week 16.

Sitting out the entire second half with an ankle ailment, Lamar Miller's sprain isn't believed to be serious. This implies that Miller escaped the dreaded high ankle sprain. However, sprains of any sort can be a challenge to play through, putting his Week 16 status in doubt. Miller could come down to a game time decision.

The age-less wonder Frank Gore may have played his last NFL snaps, after suffering a sprained foot. Adam Schefter reported that Gore is expected to miss the remainder of the regular season, leaving Kenyan Drake and rookie Kalen Ballage to pick up the slack. Gore has yet to rule out playing another season.

Playing the majority of the regular season with a sprained ankle, Matt Breida once again aggravated the injury. A recent aggravation caused Breida to miss Week 15. The 49ers may choose to rest their young back in a lost season, but Breida will certainly fight to play.

Late last week, an MRI revealed that Carson Wentz is dealing with fractured vertebrae in his back. The injury will reportedly heal on its own, allowing Wentz to avoid surgery. Speaking Monday, coach Doug Pederson noted that the Eagles would not put Wentz on injured Reserve, giving him hope of playing again this season. As for his immediate status, he looks unlikely to play in Week 16.