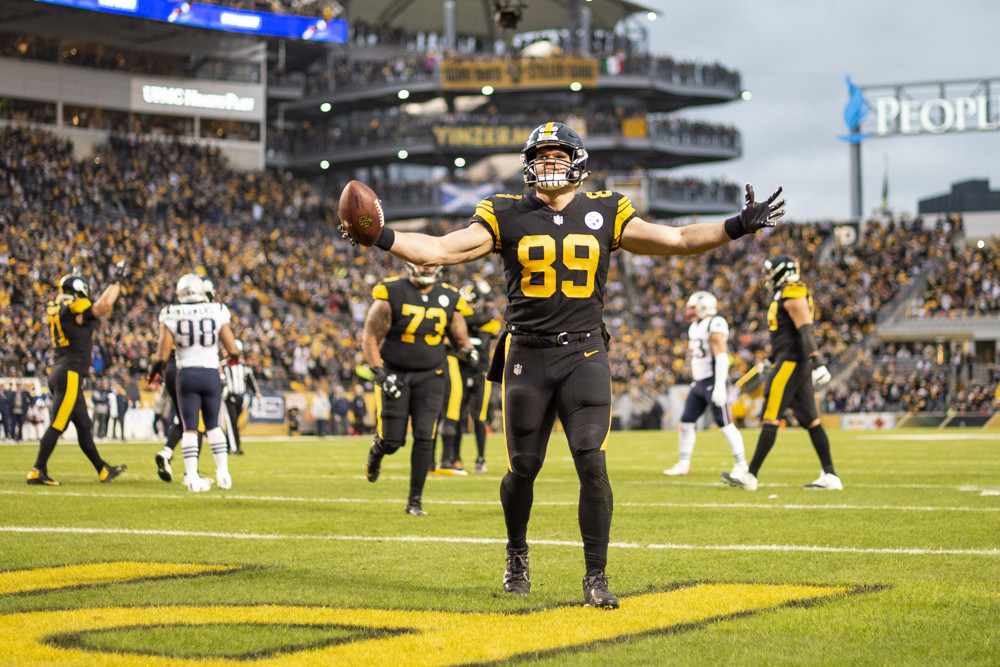 Derek Carr was disappointing last week after scoring only 6.4 fantasy points, however, he will look to play a spoiler role against the Kansas City Chiefs in his season finale. Carr should be able to move the ball quite effectively against the Chiefs defense who is currently ranked second in fantasy points allowed to the quarterback, and look to replicate the 22.4 fantasy point performance he had against this defense back in Week 13.

With teammate Philip Lindsay injured for this week's matchup, pre-season hype-man Royce Freeman will be given the start at RB this week against the Los Angeles Chargers who haven't been stellar against running backs over their past four games, allowing an average of 30.13 fantasy points to the position. While Freeman will still share snaps with Devontae Booker, he should see the bulk of the carries on Sunday.

While Josh Doctson has only produced viable fantasy numbers in four games this season, he will look to improve on his 8.1 fantasy points he scored against the Eagles just a few weeks ago. The Eagles defense is allowing the third most fantasy points to opposing team's wide receivers including 19-237-1 to the Texans' WRs just last week. While Doctson is no DeAndre Hopkins, scoring double-digit fantasy points is definitely in the cards this week.

In their last meeting against the Bengals, the Steelers used Vance McDonald early and often on route to 7 receptions (season-high) for 68 yards. The Bengals continue to be best attacked through the tight end and have given up a combined 11-160-3 over the past two weeks. While McDonald doesn't exactly rank near the top of the targets list for the Steelers he should be used in a similar fashion again this week.

Chris Boswell is without a doubt the most disappointing fantasy kicker this season as he is not only unreliable with scoring week to week but he has also missed the most field goal and extra point attempts. This week the Steelers play the Bengals who are allowing the most fantasy points on average to opposing kickers in the league (9.9). Boswell was able to score 8 fantasy points during their last matchup and with the Steelers needing a win (and some help) to make the playoffs, Boswell should be in line for a healthy amount of opportunities on Sunday.

The Seattle Seahawks defense hasn't been great this season and has given up a ton of points to opposing offenses, however, they have been effective against teams with bad quarterback play. Over the last couple weeks the Seahawks defense racked up 11 and 17 points against San Francisco and Minnesota, respectively, and now face Josh Rosen and the Arizona Cardinals who give up the most fantasy points to opposing defenses per week (12.1). The Seahawks should produce north of 10 fantasy points with an upside of 20-plus in this game.

Since he took over as starting QB for the Ravens' offense in Week 11, Lamar Jackson has provided a good fantasy production floor for the position, having scored more than 15.9 fantasy points in all his six games this season. This week, though, Jackson is against the Cleveland Browns who have been decent at limiting the position as of late, allowing an average of 14.0 fantasy points to opposing QBs over their past three games. While Jackson has been a decent fantasy start over the past few weeks, it's yet to be seen how he will perform in the biggest game of his rookie season so far with a potential playoff berth on the line.

Marlon Mack delivered in the fantasy playoffs this season, scoring 4 total touchdowns over the past three weeks, including a 25.9 fantasy point outing in Week 15. This week, however, for those of you who play into Week 17, he may come up a bit short and fail to come close to double-digit fantasy points in a win-or-go-home game against the Tennessee Titans. The Titans defense has allowed the least amount of fantasy points on average to opposing team's RBs this season (18.3) and the defense hasn't allowed a touchdown to a running back since Week 12.

Trey Burton is TE8 on the year, but a lot of his fantasy scoring was done in the first half of the fantasy season. Though week's 9-16 Burton has only scored 2 touchdowns and had 3 double-digit fantasy scoring weeks. In week's where he didn't score at least 10 fantasy points, he's been averaging 3.78 fantasy points. This week the Bears face the Vikings who are terrific at guarding the position, allowing an average of only 4.69 over their last 8 matchups.

While the Rams may not rest their starters entering this week's matchup against the 49ers, I do not see them going full guns blazing. While Greg Zuerlein has been a steady fantasy producer, when healthy, he's likely due to score less than 10 fantasy points this week with the Rams possibly easing off the gas in the third quarter. In addition, on the season, the 49ers have been middle of the pack in terms of fantasy points allowed, ranking 20th in the league. Over their past 4 games, they are only allowing an average of 4.25 fantasy points to kickers. The Rams' team total when this game is said and done shouldn't be north of 25 points which ultimately limits Zuerlein's upside this week.

The New York Jets defense has struggled as of late, scoring an average of only 5 fantasy points over their past two games, and now have to play at New England whom they scored -5 fantasy points against back in Week 12. This time the Patriots are at home where they generally play better and are fighting to hold onto their first-round bye heading into the playoffs. The Jets defense wasn't able to get to Brady five weeks ago and unless there's been a total change in scheme, expect the same to continue.