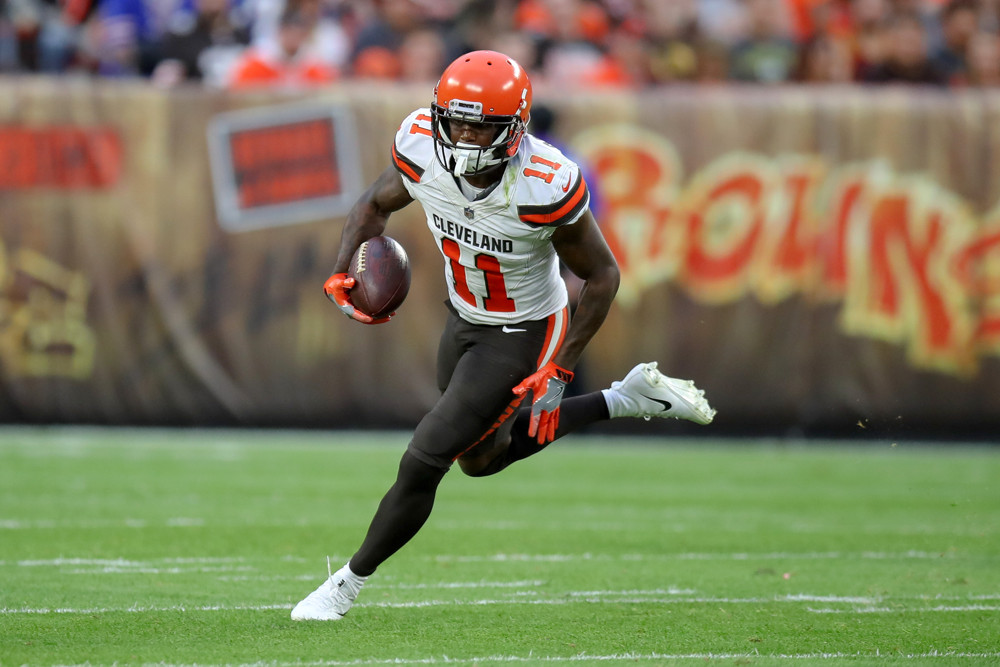 Well, after a massive Week 3, it's hard not go back to the well with Ryan Tannehill. The New England Patriots are lacking any playmakers on defense and Tannehill should be able to exploit matchups on the outside. Not to mention it's likely that he could be forced into volume attempts, meaning more fantasy points. With such a cheap price, it's worth hoping for a shootout in this one and riding the hot hand.

With Rex Burkhead placed on injured reserve earlier this week, the New England backfield has a little more clarity than normal heading into a critical Week 4 matchup with the Dolphins. And while James White will still be heavily involved in the passing game, Sony Michel will see the most touches. It's a risky play because the Dolphins have been very stout against the run, but this is a borderline must win for the Patriots. Assume that Touchdown Tommy comes through in the clutch and the offense puts up points. Michel will be in the center of it.

This is a play that is predicated on the health of others, but Clement saw 19 touches last week against the Colts. If both Jay Ajayi and Darren Sproles are back, you will likely want to avoid, but if either are out, Clement makes a high upside play even if he is only in the 10 touch range. The Eagles will likely put it on the Titans and use a consistent rushing attack. Clement also figures into passing downs and the Eagles will want to keep their other injured stars fresh. Watch the inactives, and if Clement is poised for touches, use him.

Corey Davis was a player that being priced near $7,000 during Week 1. Now he is here. But that lack of big plays yields you a great price for a player who is still drawing an average of 8 targets a week. Davis remains the unquestioned number one receiver and it is likely that the Titans will be playing from behind for most of this contest. The quarterback play for the Titans is absolutely embarrassing, but they will need to get Davis the ball. Play him for the volume.

Steal of the week right here. This is criminally under priced for a player who saw 10 targets last week and should have had a touchdown if Tyrod Taylor had half an arm. Well, Baker Mayfield is stepping in and has already exhibited good chemistry with Callaway. The Raiders defense is atrocious and will be hard pressed to contain both Jarvis Landry and Callaway. Expect some single coverage and at least one big play on the day for Callaway making the $4,500 price well worth it.

This is a reeeeeally good price as well. Tyler Eifert has been trending upwards as the Bengals passing attack continues to impress, and is now being targeted on 20% of his routes run. Add in the fact that the Falcons will likely be missing both of their safeties, and you have to assume Eifert is licking his chops. You are getting one of the best matchups possible at an absolute basement price. Ride Eifert and go heavy elsewhere.