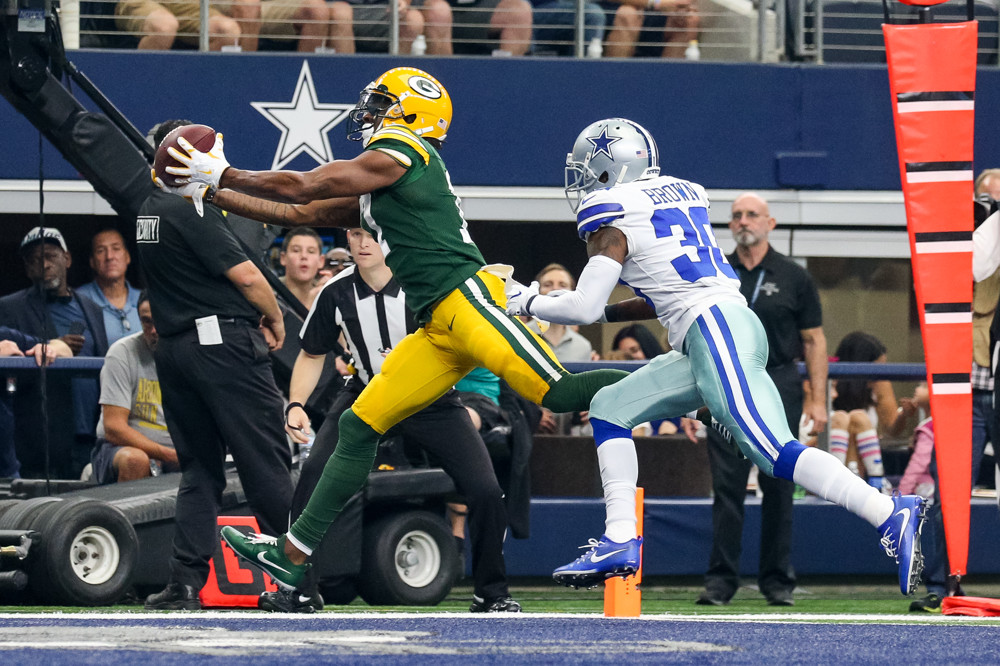 After last week's trade/late injury bonanza that opened up Nick Chubb and Kerryon Johnson at bargain bin prices, this week's DraftKings main slate appears tightly priced. This should allow roster construction to play a larger role in player selection this weekend. With that said, here are a few standout plays on the main slate.

Since returning from suspension, Jameis Winston has passed for at least 365 yards in each of his starts and projects for another monster game. Cincinnati has allowed the 4th-most passing yards per game (310.86) and Vegas projects a monstrous 54-point total in this contest. Playing with arguably the league's worst defense, Winston will need to throw to keep the Bucs competitive. Winston should be fired up in cash and GPPs alike.

This will be said every week until he is priced out of consideration. Don't get cute. Play Todd Gurley. However, Kareem Hunt remains too cheap and slides in nicely as compliment to Gurley. Hunt has handled 78.2% of the Chiefs running back touches this season and 18 targets in his past four games. Hunt draws a Denver defense allowing the second-most rushing yards per game (135.86) and comes in as a 10-point home favorite. Hunt remains in consideration for cash.

With Royce Freeman dealing with a sprained ankle, Phillip Lindsay should slide in as Denver's feature back against Kansas City. The Chiefs currently allow the 8th-most rushing yards (101.29) and the most receiving yards per game (73.00) to backs. Lindsay has 20 targets on the year in a limited role, with additional room for growth. Lindsay would become a cash lock with Freeman out and remain in GPP consideration with Freeman active.

Aaron Rodger's unquestioned number one receiver, Davante Adams comes in underpriced coming off the bye. Adams ranks 9th in targets (70) and 10th in air yards (738). Adams also has 10 scores in his last 10 games and now faces off against a Rams defense missing Aqib Talib. On the opposite side, Marcus Peters has allowed 271 yards and 5 scores in his coverage. Playing in the highest totaled game on the slate, Adams should be used confidently in all contests.

Returning from a multi-week hamstring injury, T.Y. Hilton saw only 4 targets in his debut. However, Andrew Luck attempted his fewest passes (23) of the season after the Colts dismantled the Bills. In a Vegas-projected three-point game, Luck should fall closer to the 48 pass attempts he averaged prior to Week 7. The Colts have allowed the 9th-most yards to receivers (188.17). Hilton warrants GPP exposure in this plus draw.

With Amari Cooper traded to the Cowboys, Jordy Nelson should operate at the Raiders de facto number one receiver. Only 1 target behind before Cooper before the trade, Jordy should push for double-digits targets against the Colts middling pass defense. While the Raiders offense has been up-and-down to start the season, Nelson should be mixed into GPPs at 4.7k.

While C.J. Uzomah recorded a mere two catches for 13 yards, he turned one into a touchdown and saw promising usage. Uzomah played on 97 percent of the Bengals snaps and could see increased usage with John Ross on the shelf. He will also face off against the Buccaneers, who currently allow the most receiving yards to tight ends on a per game basis (89.67). At 3.5k Uzomah offers a solid salary saver in cash and GPPs.