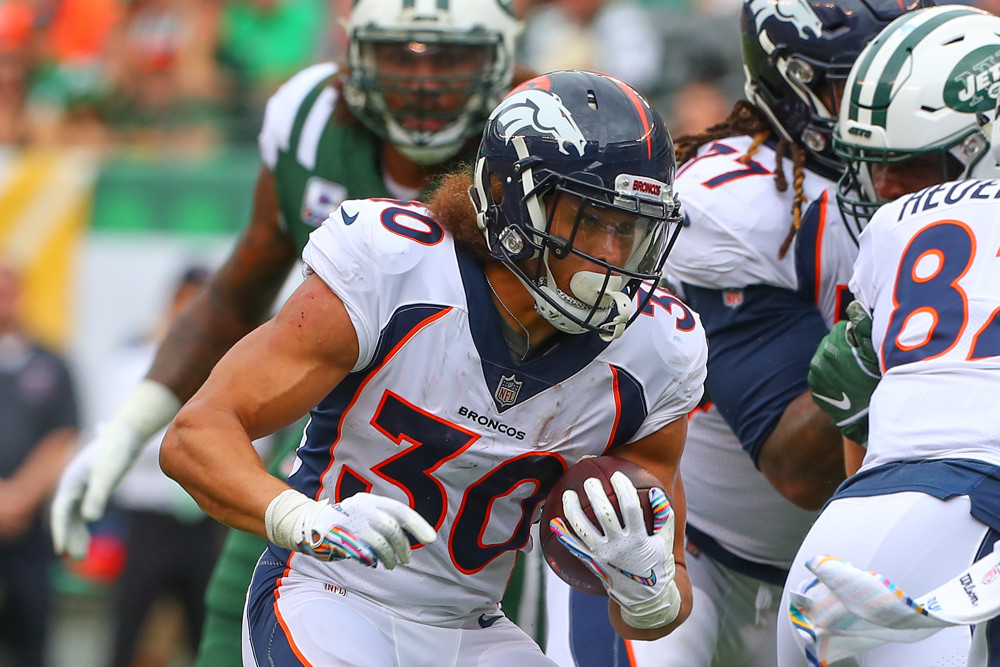 The sudden emergence of the Lions rushing attack (last seen in 2013) means that Matthew Stafford hasn't been asked to carry the offense the past two weeks. Considering the Seahawks defensive splits (3rd against the pass, 24th against the run) that trend will likely continue. But that doesn't mean that Stafford won't put up points. The Lions have consistently passed to score in the red zone keeping Stafford's value high. He may not have gaudy numbers, but his touchdown production makes Stafford a safe play at $7,300.

This barely qualifies as a value play, but this week's options below $6,400 at the running back position are pretty horrid. Marlon Mack took complete control of an up for grabs Indianapolis back field with a monster day against a good run defense in Buffalo. This week he gets the opposite of that in Oakland. The Raiders are giving up the 26th most yards per game in the league and are ripe for the taking for the resurgent Mack. His ability to be both a between the tackles runner and a pass catcher gives him a high floor as an added bonus. Make sure you check his injury status before game time.

There are two near certainties with this game. One is that the Chief's defense is bad. And the second is that Denver will be playing from behind for most of the game. Both of those play directly to Phillip Lindsay's strengths as the touch leader of the Denver backfield and the only real pass catching option. If nothing else, Lindsay should see 7 or more targets in this game giving him a substantial PPR floor. He's an excellent play against the last ranked defense of Kansas City.

Your first boom bust pick of the week is Anthony Miller against the New York Jets. Miller saw encouraging 52 offensive snaps and 7 targets, both season highs against New England in week 7. Look for Miller to continue to be part of the offense against a Jets team that is in the bottom third of the league in defending the pass. He's boom bust because he's touchdown dependent, but he has already scored two on the season and has Mitch Trubisky's trust.

Anddd your second is Marquise Goodwin. If you can't tell by these two shot in the dark suggestions, I am hinting that you should spend your money on wide receivers if possible. Goodwin doesn't have a ton going for him with CJ Beathard throwing him passes, but it also only takes one pass for him to put up a huge fantasy day. He continues to see the most targets on the team so will be given his opportunities to make that happen.

Supporting two tight ends is never a recipe for consistent fantasy outputs, and as such, Vance McDonald is a risky option. But he has surpassed Jesse James as the preferred receiving tight end in Pittsburgh and has seen 5 or more targets in 4 of the 5 games he has played. Considering Cleveland is the 28th ranked defense and is allowing the 11th most points to tight ends makes McDonald an appealing option.