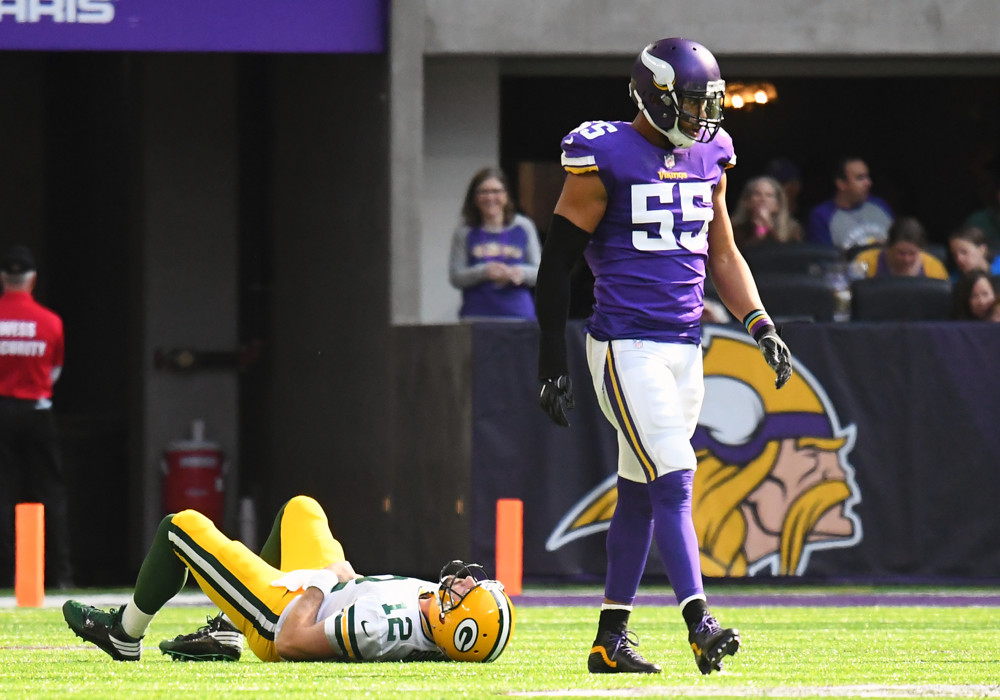 Prior to week 6 the NFL had already lost stars in Odell Backham Jr., JJ Watt, and David Johnson for the season. This Sunday the NFL experienced another substantial loss in one of the leagues top quarterbacks Aaron Rodgers. This week’s injury update column will examine the severity of that injury and a few others that will shape the fantasy landscape in the upcoming weeks.

Adding to the carnage of 2017, Aaron Rodgers suffered a broken collarbone in his throwing shoulder. According to coach Mike McCarthy, Rodgers will have surgery to repair the collarbone, but his recovery timetable remains uncertain. For now, the surgery alone indicated that Rodgers is unlikely to return this season.

A brutal day for quarterbacks, Jameis Winston also suffered an injury to his throwing shoulder. Coach Dirk Koetter explained that Winston has an A/C joint sprain, but he is day-to-day. This suggests Winston’s injury is not too severe, which falls in line with the fact that he tried to return to the game. However, Winston should be considered questionable this week, until he shows he can throw in practice.

In Sunday’s surprise loss, Emmanuel Sanders took a shot to his ankle and had to be carted off the field. After his MRI came back clean, NBC Denver reported that Sanders will miss at least one week with an ankle sprain. This sprain may cause Sanders to miss multiple weeks and he should be treated as week-to-week for the time being.

In the same game Demaryius Thomas also left temporarily with a leg injury. Although the nature of the injury is unknown, Thomas was able to return to the game following an X-ray. He appears to be on track to play this week, but may appear on the injury report as questionable. Consider him more likely to play, than not.

With a history of ankle injuries dating back to his college days, Fournette tweaked his ankle again in Sunday’s loss. Although he did not return to the game, coach Doug Marrone noted Fournette could have gone back in if the Jaguars needed him. It appears he was held out as a precaution and the Jaguars do not think the injury is serious. For now, he is on track to play in week 7, but could see limited practice time as he heals.

Golden Tate was forced from Sunday’s game, following a massive hit in the 3rd quarter. Ian Rapoport reported that Tate is expected to miss a few weeks with a sprained A/C joint. However, he noted that Tate is still awaiting MRI results and that timetable could change. For the time being, Tate needs to be considered week-to-week.

Initially suffering a groin injury in week 5, Stefon Diggs missed Sunday’s game following a declaration that he would play. Diggs was unable to practice all of last week and he will likely see limited before week 7. Until he practices on at least a limited basis, Diggs should be considered day-to-day.

After Sam Bradford suffered a knee injury, the quarterback situation for the Vikings has been a complete rollercoaster. However, their quarterback answer may be on the horizon, after the Vikings reported that Teddy Bridgewater will begin practicing on Wednesday. Bridgewater initially suffered a devastating knee dislocation before the 2016 season. Some doubted that Bridgewater would ever play again, but he appears to be trending in the right direction. The Vikings now have a three-week window to officially activate Bridgewater. It appears Bridgewater has a legitimate chance to take snaps under center for the Vikings this season.

After suffering an ankle sprain in week 5, Parker missed Miami’s upset over Atlanta this past weekend. He came into the week doubtful and did not practice at all last week. With ankle sprains having quite a bit of variability, Parker should be considered questionable for this weekend’s contest. He will need at least one limited session before the Dolphins consider playing him in a game.

Shepard missed week 6, following an ankle sprain in his prior contest. He appeared in a walking boot on Tuesday and missed practice all week. Initially labeled minor, Shepard appears highly questionable for this week. He needs to be considered week-to-week until he is able to return to the practice field.