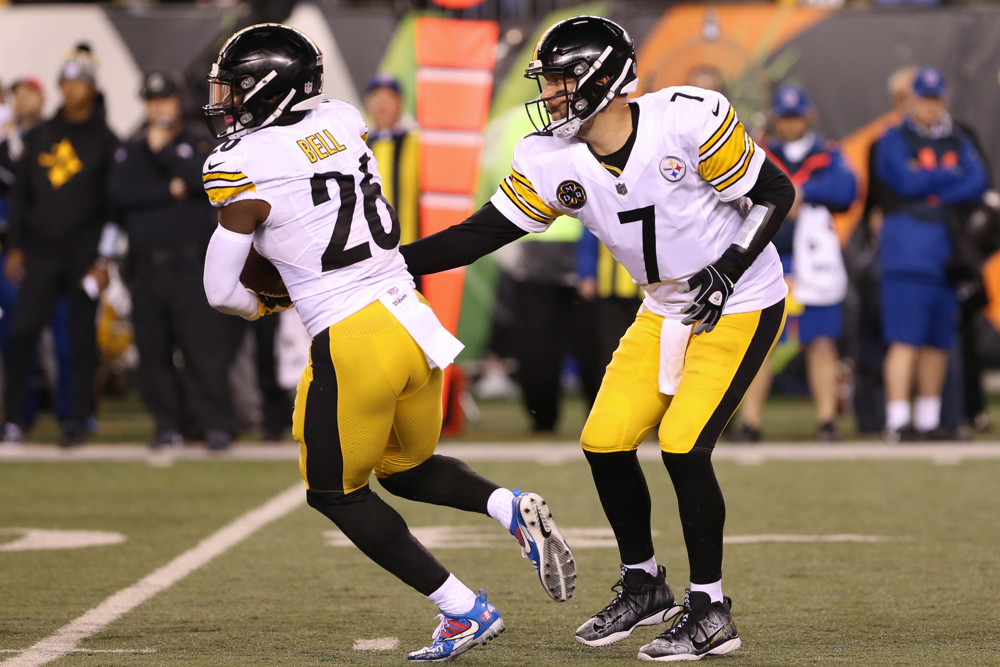 Let's review the best and the worst fantasy performances through Thursday and Sunday's games so far in Week 14's Fantasy Football Wrap Up.

Ben Roethlisberger threw for 506 yards, 2 touchdowns, 0 interceptions, and gained 5 yards on 1 carry. Big Ben shredded the Ravens defense all night finished as the highest scoring QB of the week with 28.7 fantasy points. Carson Wentz had an MVP-performance on Sunday, throwing for 291 yards, 4 touchdowns, and 1 interception. Wentz added 16 yards on the ground on 3 carries and finished with 27.2 fantasy points before exiting the game after obtaining a potentially season-ending injury.

The highest-scoring running back of the week was Le'Veon Bell who was a serious dual threat against the Ravens. Bell ran for 48 yards on 13 carries and 2 touchdowns and caught 9 passes for 77 yards and a touchdown. Bell finished as the week's highest-scoring running back with 39.5 fantasy points. Cowboys' Rod Smith had himself an excellent day, gaining 47 yards and 1 touchdown on 6 carries and had 5 receptions for 113 yards and a touchdown, totaling 33.0 fantasy points.

The Murray brothers let owners down in the first week of the fantasy playoffs, combining for 10.7 fantasy points. Latavius Murray ran for 14 yards on 9 carries and caught 2 passes for 6 yards for a total of 4.0 fantasy points. DeMarco Murray didn't do much better, running for 34 yards on 11 carries. DeMarco added two catches for 13 yards and finished the day with 6.7 fantasy points.

It clearly doesn't matter whoDeAndre Hopkins' quarterback is. Hopkins torched the 49ers defense for 149 yards and 2 touchdowns on 11 receptions. His monster night resulted in 35.9 fantasy points and he finished as the highest scoring wide receiver of the week. Antonio Brown continues to show why he deserves the number 1 overall pick in every fantasy draft- on Sunday night Brown hauled in 11 receptions for 213 yards, scoring 32.3 fantasy points.

Emmanuel Sanders was not utilized much in their 23-0 win over the Jets this week, catching only 1 pass for 16 yards. Teammate Demaryius Thomas got the bulk of the targets and scored 23.3 fantasy points. Sterling Shepard let owners down this week, hoping for more than just 3 targets in the game. Shepard finished the week with 2.7 fantasy points after catching 2 passes for 16 yards.

The highest-scoring tight end from this past week was the Philadelphia Eagles' backup Trey Burton who had 5 receptions for 71 yards and 2 touchdowns. Burton filled Zach Ertz's role flawlessly and ended the day with 21.1 fantasy points. Jesse James finished with the 2nd-most fantasy points for tight ends with 19.7, hauling in 10 receptions for 97 yards.

Austin Seferian-Jenkins was not used in the offense this week against a Broncos team that hasn't been great at guarding the position, catching only 1 pass for a single yard, scoring 1.1 fantasy points. A popular stream this week was Cameron Brate who, after scoring 17.9 fantasy points last week, caught only one pass late for 11 yards, scoring 2.1 fantasy points. Meanwhile, teammate O.J. Howard had himself a great day, scoring 13.4 fantasy points and was the 8th highest-scoring tight end of the week.

The highest-scoring defense of the week was the Denver Broncos Defense who got to Josh McCown and Bryce Petty, holding the New York Jets' offense to 0 points today. The Broncos recorded 1 interception, 1 fumble recovery, and 4 sacks. The Broncos defense looked like year's past and the shutout propelled the defense to score a week-high 16.0 fantasy points at the position. The second-highest scoring defense this week was the Tennessee Titans Defense who simply recorded 8 sacks in a losing effort against the Arizona Cardinals, scoring 13.0 fantasy points.