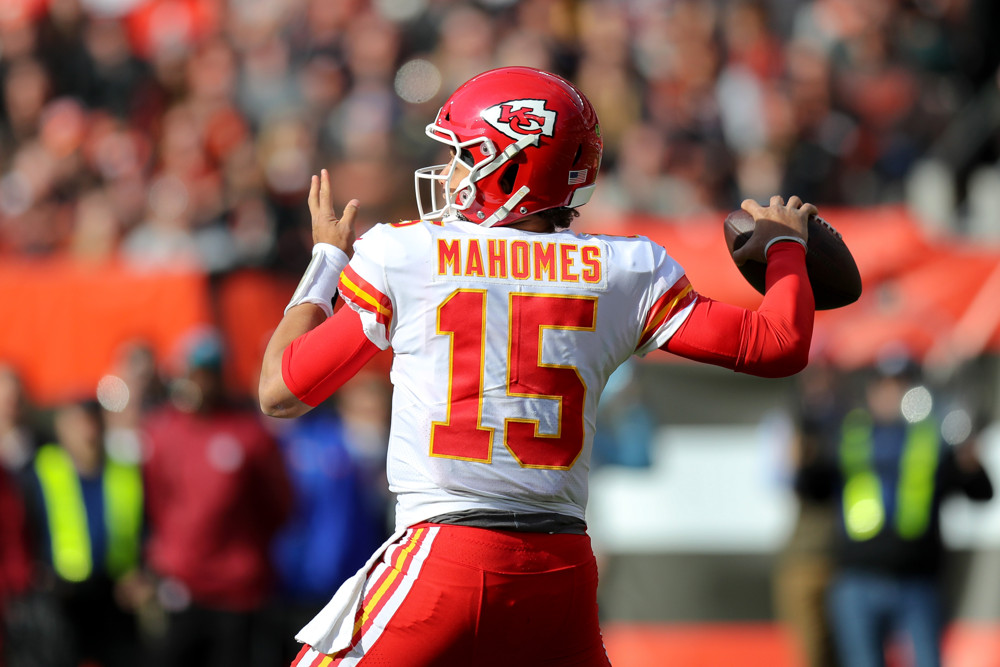 Just like that, the 2018 fantasy football season has come and gone. Let's review what's happened over the past four months, hand out some end-of-season awards, and get a sneak peek into what we could expect to see next year in fantasy football.

While there may not have been a ton of injuries to key players like last season, this year still brought some instant disappointment and heartbreak to those who drafted the likes of Devonta Freeman, Jay Ajayi, Jerick McKinnon, A.J Green, and Jimmy Garoppolo.

Besides injuries hindering teams this season, there were also some players that flat out failed to have a great season. Despite missing 4 games to start the season, Julian Edelman finished with more fantasy points (207.4) than Larry Fitzgerald (185.7) who played in every game this season. Kelvin Benjamin managed only 1 touchdown all year while Anthony Miller, who was chosen by most at least two rounds after Benjamin, managed to find pay dirt 7 times while outscoring Benjamin by 51.2 fantasy points on the season.

On the other hand, there were some great individual performances this season: George Kittle set a new NFL record for tight ends with 1377 receiving yards and finished as TE3 on the year. Josh Allen ran for 8 touchdowns which were more than Royce Freeman (5) and Dalvin Cook (2) combined. Patrick Mahomes became only the third quarterback in NFL history to throw more than 50 touchdown passes during the regular season. Derrick Henry finished with 12 rushing touchdowns which were more than David Johnson (7) and Ezekiel Elliott (6), who were both drafted in the early first round of this year's drafts.

While Patrick Mahomes could qualify for multiple awards, he was most deserving as the MVP of the fantasy football season. Mahomes averaged 26.1 fantasy points per game and while he didn't play lights out for the entire fantasy playoffs this season, he was able to score 28.2 in the fantasy championship. On the season, Mahomes finished as the number one ranked player in all of fantasy, scoring 52 total touchdowns (50 pass, 2 rush), accumulating 5,369 yards throwing and rushing, and finished the year with 417.1 fantasy points, which beat last year's top fantasy player, Todd Gurley, by 33.8 points.

Rookie of the Year

Entering the season, expectations were sky-high for rookie Saquon Barkley who was proclaimed as a generational talent that teams could not afford to miss out on. Well, the Browns passed on Barkley at 1 in favor of Mayfield, and the rest is history. Barkley was touted as being a sure-fire fantasy star who would reach double-digit touchdowns and 1,000 yards with ease, with the upside for more. He surpassed even the highest of expectations this season, finishing with 2,028 all-purpose yards, 15 touchdowns, and finished as the first-ranked running back with 385.8 fantasy points.

After reviewing the past year and what occurred during the preseason with Le'Veon Bell's holdout, one of the best values based on our ADP data was James Conner who was drafted as early as 8.08 and as late as 15.12. Conner was the lead back for the entire season and scored 13 total touchdowns (T-3) on the year and amassed 973 yards on the ground (T-11) and surpassed everyone's expectations this year, finishing as RB6.

Bounce-Back Player of the Year

After being drafted with a top-10 pick in the 2014 draft, it wouldn't be farfetched to say Eric Ebron was nothing short of a total bust. Not only was he injury prone, but he also couldn't hold onto the ball which cost him time and time again in the red zone. Entering this season, the greatest production he had as a tight end was 537 yards receiving and 5 touchdowns back in 2015. This lack of production was certainly reflected in his ADP this past season as he was drafted 13.12 as the 18th tight end. Ebron exploded this year and set career highs in receptions (66), receiving yards (750), and scored the second-most touchdowns in the league (another career high) with 13 which was second to only Antonio Brown (15) and tied with Davante Adams. Ebron finished the season as TE4 with 222.2 fantasy points.

The choice for Biggest Bust of the season belongs to Leonard Fournette who would've been great this season if he was actually on the field. Fournette played in only 8 out of the 13 fantasy relevant games this season, with one of those games he missed due to him punching another player and subsequently being suspended. In 4 out of his 8 games played he scored under double-digit fantasy points which will definitely be making owners think twice about using a top pick on him next year. Fournette finished the year with 624 all-purpose yards and 6 touchdowns, finishing the year as RB40 - not the year that those drafting him on average at 1.09, as the 8th RB selected, were hoping for.

Based on early ADP data, 2019 full-PPR rankings have Todd Gurley, Saquon Barkley, Christian McCaffrey, Ezekiel Elliott, and Alvin Kamara rounding out the top 5 in next year's drafts. Just a year ago only two of these names appeared in the top 5 last year. This year's rankings show 6 WRs drafted in the first round compared to only 3 a year ago. With the volume for wide receivers seemingly growing with each passing year, will this be the trend heading into drafts in 2019?

Will the Kicker roster spot become obsolete in the coming years?

One position that may have serious jeopardy in the near future is the kicker. No one likes rostering these guys, they're extremely unreliable and volatile from week to week, and aside from Justin Tucker, you're not sure who will finish top 5 at the position on a yearly basis. There has been a lot of talk in the industry about whether or not kickers matter all that much in fantasy football, and the position has even been eliminated in daily fantasy as of late. If sites were to eliminate the position but still hold the same amount of rounds to draft players, leagues could add an additional flex spot in lieu of the kicker, which places a greater emphasis on research and player knowledge.