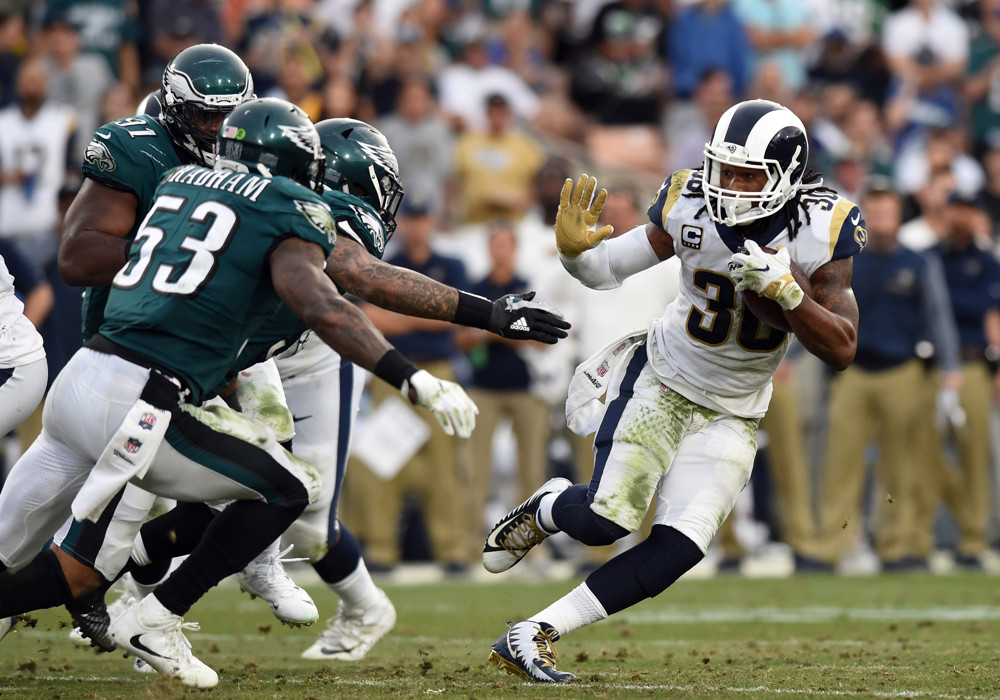 The Twitter followers have spoken and the voting results are in! Here is what we saw for Round 1 of a 12 team PPR season-longmock draft:

So there are a lot of things to like about the results for Round 1. We will start by looking at the top three picks. The Todd Gurley, Lev Bell, and Zeke order is probably the smartest, although I could see Gurley and Bell being rather interchangeable. I'm the most worried about Zeke and the Cowboys' offense. Even when he returned Dak Prescott looked awful and Zeke suffered because of that. I'm not saying Zeke will be bad, but I'd rather have Gurley and Bell by a long shot. Both of them catch a ton of passes as well, so they become even more valuable in PPR.

Moving on, we see our first WR go at 1.04: Antonio Brown. Now there is a big question mark here. Will Big Ben return? If he retires, Antonio Brown takes a huge hit to his value (see games when Big Ben sat). Personally, I would probably take Hopkins (currently 1.07) over Brown this year. Maybe that is a bit shocking, but Hopkins has shown he can blow up with any QB who throws at him, and he should have a healthy DeShaun Watson in 2018. Overall Brown at 1.04 is not a bad pick, but I could see Hopkins going here instead.

David Johnson at 1.05 is fair. We never saw him get a chance in 2017, but we definitely all remember the 2016 season that made him the #1 pick last year. A dislocated wrist shouldn't hurt his running abilities, although a new QB and coach is something to take note of.

Kareem Hunt was drafted at 1.06, and at this value I may just have to pass. There are just too many variables at play. First the bad: Andy Reid is still calling plays, Spencer Ware should be back after missing most of 2017 (committee maybe?), and Alex Smith could be traded. The good: The Chiefs just announced the RB coach was promoted as the OC, so if he gets to call the plays, he may show some love to Hunt.

At 1.09 we see OBJ. If Eli Manning returns I see OBJ returning to elite status, as long as he stays healthy. I like him as WR3 off the boards.

Rookie Leonard Fournette goes at 1.10, and frankly he is another player I'm avoiding on draft day. He has had injury problems ever since college, and it looks like that has continued into his NFL career. He is a great athlete, but I'd rather not burn a 1st round pick on a guy with a past full of injuries.

Melvin Gordon at 1.11 is probably not one of the most fun picks, but his volume and pass catching usage consistently gets him in the RB1 territory. He scores plenty of touchdowns to make up for his < 4.0 ypc. Just pay attention to what LA does in the offseason; especially if news comes out that they want to use Austin Ekeler more often. If that's the case, Gordon's PPR value goes down.

Dalvin Cook rounds out the 1st at 1.12. Frankly I think this is a reach. Yes he looked good in the 4 games he played, but an ACL tear combined with not much data makes him a risky 1st pick in my opinion. I think Cook should be a 2nd rounder at best, and someone like Michael Thomas, Julio Jones, or perhaps Mark Ingram is a better, safer choice.