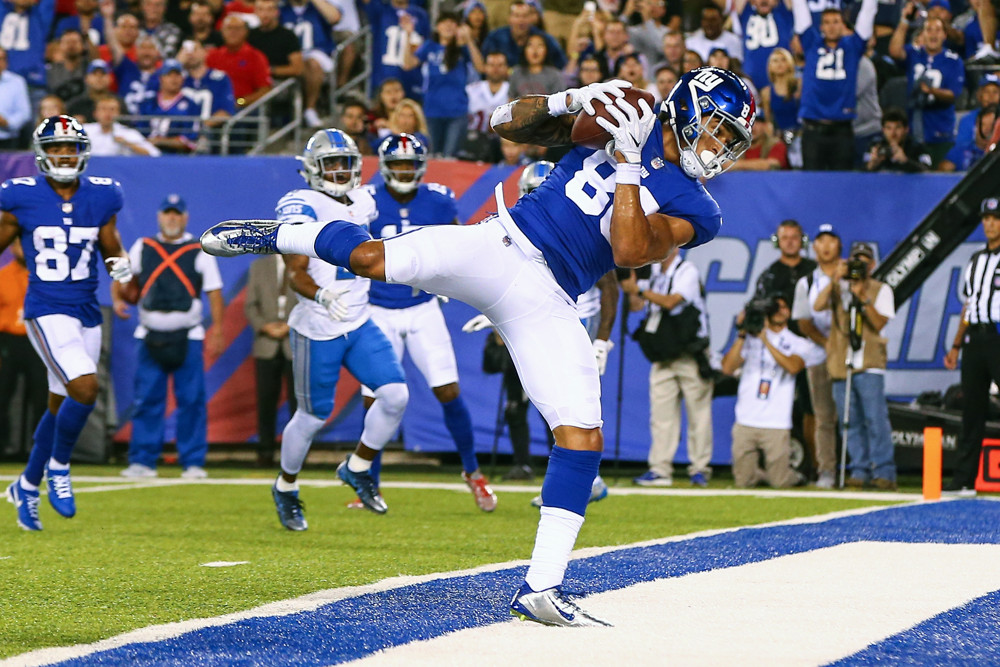 Tight Ends have always been difficult to stream, but with injuries and bye weeks you may find yourself in a streaming situation.  Jimmy Graham and Witten have byes. Charles Clay is on bye and suffered a serious injury last week.  That leaves few options on the waiver wire, but here are 5 Tight Ends that are worth looking at in Week 6.

The Giants had a rough Week 5, losing their top 4 (not kidding here, OBJ and Marshall are having season ending surgeries, Shephard is day to day with an ankle injury, and Dwayne Harris broke his foot) receivers.  That leaves Evan Engram.  Engram has been a nice surprise for fantasy owners, being targeted an average of 7 times per game.  With all the injuries, Engram should become the main target in that offense.  The Giants take on a very tough Denver defense, but Denver has not been very good against the tight end position, ranking 27th overall in points allowed.  Engram should have plenty of targets and room to work in Denver this week.

We will stay in New York for this next player.  Since returning from his suspension, ASJ has been targeted an average of 6 times per game over 3 games.  He scored his first touchdown in Week 5, where he was targeted 8 times and caught 6 passes for 29 yards.  The Jets have been a surprise this season so far, and they look to continue it against the New England Patriots.  The Patriots have had one of the worst passing defenses in the NFL this year, and currently rank 29th in points allowed to tight ends.  The Jets will have to throw a lot to keep up with Brady, so ASJ should see a lot of targets.

Fantasy owners may have been on the fringe of dropping Kyle Rudolph before Week 5 after 4 weeks of few targets and awful performances.  Rudolph redeemed himself on Monday, catching 6 of 9 targets for 45 yards and 1 touchdown.  His numbers should continue to increase against Green Bay in Week 6.  Green Bay has been stingy against tight ends so far (2nd overall in points allowed to TE), but hasn’t really played against any top tight ends.  Rudolph is a solid play in this potential shootout in Minnesota.

Jack Doyle missed last week due to a concussion, but gets another 8 days of rest before facing Tennessee on Monday night.  Over 4 games, Doyle has been targeted an average of 6 times per game.  The Titans’ defense has been bad lately, more recently allowing the Seahawks’ tight ends to catch 10 passes for 125 yards and 1 touchdown.  With the Colts offense chugging along nicely, Doyle should return for Week 6 with a solid game.

Cameron Brate has become one of Jameis Winston’s favorite targets this season, being targeted an average of 6 times per game over their first 4 games.  He also has caught a touchdown in each of the last 3 games.  The Buccaneers face Arizona in Week 6 (currently ranked 15th in points allowed to tight ends), so Brate will probably see a plethora of targets with Mike Evans most likely being guarded by Patrick Peterson.  Also note that the Bucs defense is beat up, so they may be playing catch up for most of this game, meaning Brate could see even more targets and most likely 1 touchdown.