Fantasy Football Rankings Showdown! Who Should I Draft? Ezekiel Elliott or Nick Chubb? 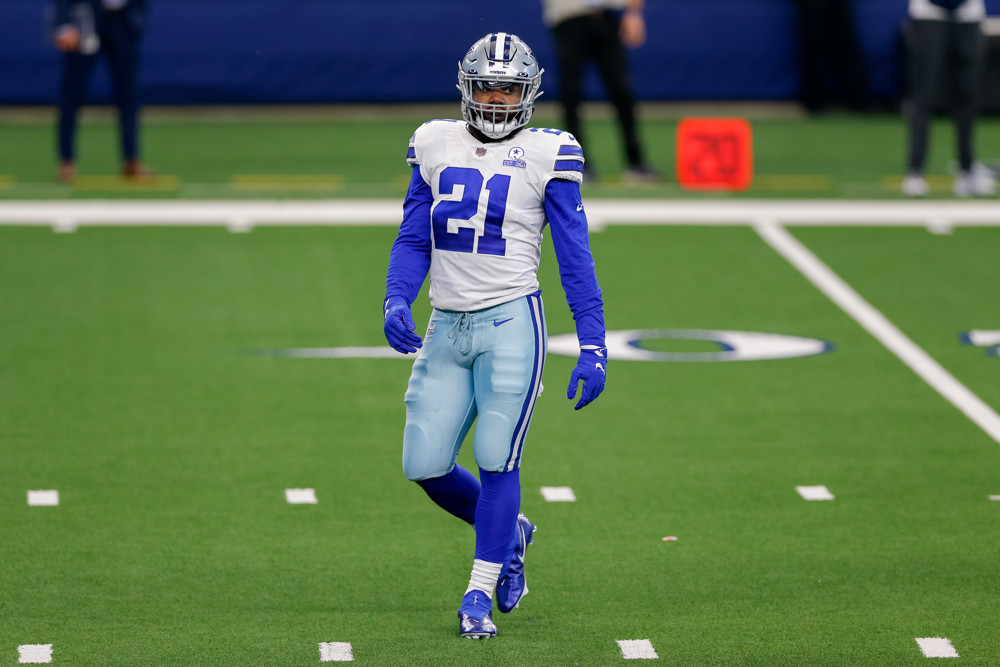 There are a lot of factors that come into play when trying to decide between two players, especially when they play the same position.  Things like….what kind of scoring does your league have?  What kind of offense do the players play on?  Who has a better chance of playing all 17 games?

Drafting Running Backs in the first two rounds seems to be the norm nowadays, so grabbing a highly touted player is almost a must.  That said, a lot of these picks can disappoint, thanks to injuries to the player, injuries to a teammate, or just an off season.

This week we will look at two Running Backs who are being drafted right next to each other in the first round: Cowboys’ Ezekiel Elliott and the Browns’ Nick Chubb.

Let’s dive into this Running Back Rankings Showdown by first taking a closer look at each player individually, and then comparing the two’s fantasy potential.

Zeke had what most of us would consider a very bad year in 2020.  After Quarterback Dak Prescott was lost for the season, many would argue Zeke was as well.  Elliott played in 15 games, totaling 979 yards and 6 touchdowns on 244 attempts.  He caught 52 passes for 338 yards and 2 touchdowns.

Zeke just didn’t look like himself after huge 2018 and 2019 seasons.  He had career lows in yardage and rushing touchdowns, and his receiving yards were the 2 nd -lowest he’s had.  The Cowboys struggled all season, and a lot of people already began saying that “Zeke is finished”, especially after getting a massive contract in the offseason.

Chubb was coming off a 1494 rushing yard 2019 season and was quickly establishing himself as one of the best Running Backs in the league.  He probably would have beaten those numbers in 2020, but a four-game stint on IR (Weeks 5 – 8) thanks to an MCL sprain prevented a massive season.  Chubb still performed great even after the injury, finishing the season with 190 carries for 1067 yards and 12 touchdowns.  He also caught 16 passes for 150 yards.

Chubb is a powerful back with good speed and a ton of fantasy value.  He managed to rattle off six straight games with at least one touchdown to finish the season and rushed for over 100 yards in 6 of his 12 games played.  He was rewarded with a brand-new contract for three years ($36.6 million).

There are really only two downsides to Chubb: his lack of pass-catching and the presence of fellow Running Back Kareem Hunt.

As I noted above, Chubb only caught 16 passes in 2020.  His highest passes caught was 36 in 2019, and he has only scored twice in his three-year career.  It just seems as though Quarterback Baker Mayfield doesn’t like to throw to him much, and it could be because Kareem Hunt is a much more established pass-catcher.

Not only has Hunt been targeted way more, but he also received 198 carries in 2020, which is more than Chubb got.  Now obviously that’s due to Chubb’s injury, but it’s safe to say that the Browns love using both Running Backs.  Hunt seems to be more of the 3 rd down and passing downs Back, while Chubb is more of the early downs back.

Chubb’s lack of pass-catching and the Browns’ usage of Hunt will always hinder Chubb’s upside.

Right now, Zeke and Chubb are being drafted right next to each other in the first round.

I think these two players are so close that you can’t really go wrong in picking one over the other, but let’s take a minute to figure out which might be best for you.  For what it’s worth, Zeke is 26 years old, and Chubb is 25 years old, so age really won’t be a factor.

In PPR leagues, Zeke gets a bit of an upper hand thanks to his pass-catching abilities.  Zeke has pretty much always been used in the passing game, and the return of Dak Prescott should help Zeke return to his norm.  The Cowboys also have an awful defense (at least in 2020), so they will probably have to pass a lot to keep up.

In Standard leagues, it gets a bit closer.  Chubb could easily outdo Zeke on the ground and seems to be on the rise whereas Zeke may be on the downward trend.  Now I don’t think “Zeke is finished” at all, but it’ll be interesting to see how Zeke bounces back from his 2020 performance.

Here is a table that shows how Zeke and Chubb have finished in fantasy over the last two years (since I’m a visual guy and it might make your decision easier too).

As you can see, at least over the last two years, Zeke has beaten Chubb in almost all columns except for the 2020 Standard Finish.  Now, this all comes with a lot of grains of salt.  Zeke played on an offense without its’ starting Quarterback.  Chubb missed four games.  So, in all reality, it depends on if you think Zeke will return to former glory or not.

If you do, then I think you must go with Zeke regardless of league format. His offense is a bit more potent than the Browns, and his pass-catching makes him even more valuable.  Chubb is an incredible talent and I believe he will do well but having to share carries with Kareem Hunt and having little pass-catching make him less desirable.